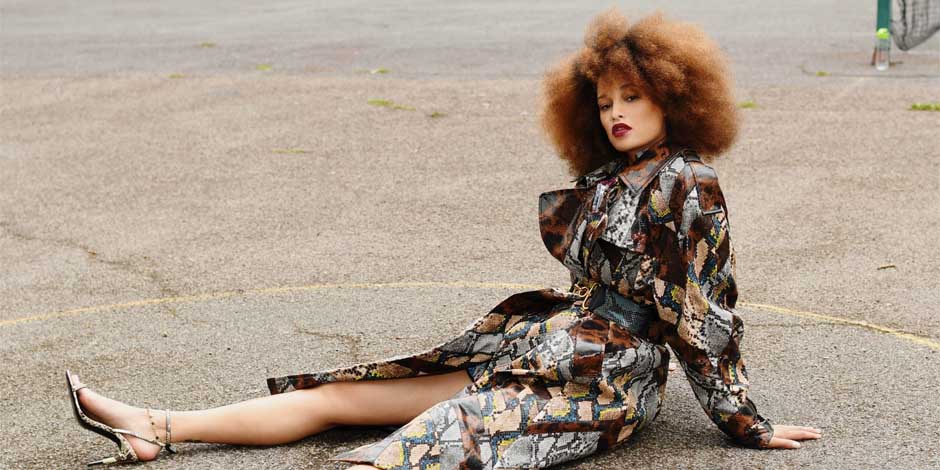 Elarica Johnson is a well-known English actress. Johnson came into the limelight for playing the character of a waitress in the hit movie Harry Potter and the Half-Blood Prince. Elarica Johnson is also known for her character in Blade Runner 2049, P-Valley, and A Discovery of Witches.

You might also want to know about Diesel La Torraca.

Elarica Johnson was born in 1989, on August 21. She was born in London, England. Presently, she is 31 years old as of 2021. Johnson has not shared information regarding her parents and siblings.

Moreover, Elarica has not provided details regarding her educational background. However, looking after her age, she might complete her graduation from the reputed University near her hometown.

Elarica Johnson is a well-known actress. Elarica has been involved in the entertainment industry since 2008. Johnson started her acting career featuring in the movie Harry Potter and the Half-Blood Prince. Johnson has played the waitress’s character, but she could also gather the audience’s attention through her acting skills.

Elarica Johnson has also featured in television series such as EastEnders, Top Boy, 13 Steps Down, C.B. Strike, The Delivery Man, and Death in Paradise. She also got an opportunity to work with renowned actors such as Robin Wright, Ryan Gosling, Sylvia Hoeks, and Harrison Ford in the movie Blade Runner 2049. Her notable works are P-Valley, Chartroom, Fallout, My Brother the Devil, After Death, The Forgotten, and How to Talk to Girls at Parties.

Elarica Johnson was also seen on the Sky One Production T.V. series A Discovery of Witches, playing the character of Juliette Durand in 2018. She has also worked with well-known stars Aiysha Hart, Teresa Palmer, Alex Kingston, Owen Teale, Trevor Eve, and others. Currently, she is involved in the Post-production movie Sexual Healing as Janis Gaye.

Elarica Johnson is not only renowned for her acting but also known for her modeling. Johnson has also worked for Piers Nimmo Management, Magnolia ENT, and Public Eye Communications. She also used her social media account for brand endorsements like Myla + Anais and Curls LIKE US.

Elarica Johnson is in a romantic relationship. Previously, Johnson has dated MC Harvey. Johnson’s boyfriend was already a married person and left her wife when she was pregnant in 2016 after two weeks of their marriage. His wife name is Gamzeh Mahdizade. She is the best friend of the actress and voice-over artist Toniche Wallace. They usually spend lots of time exploring different places.

You might also want to know about Marisa Abela.

Elarica Johnson is a well-known British actress. Johnson has done such a great job in her career and has many more to do. In addition, Johnson has earned such a massive amount of money through her career and living a lavish life with her family and friends.

Johnson estimated net worth is around $500K. In addition, Elarica adds some money through brand endorsement, commercials, advertisements, and sponsorship.

Check out some interesting facts about Celebrities Careers, Relationships, Lifestyles, Latest Net Worth, Height, Weight, and many more on Global Stardom.