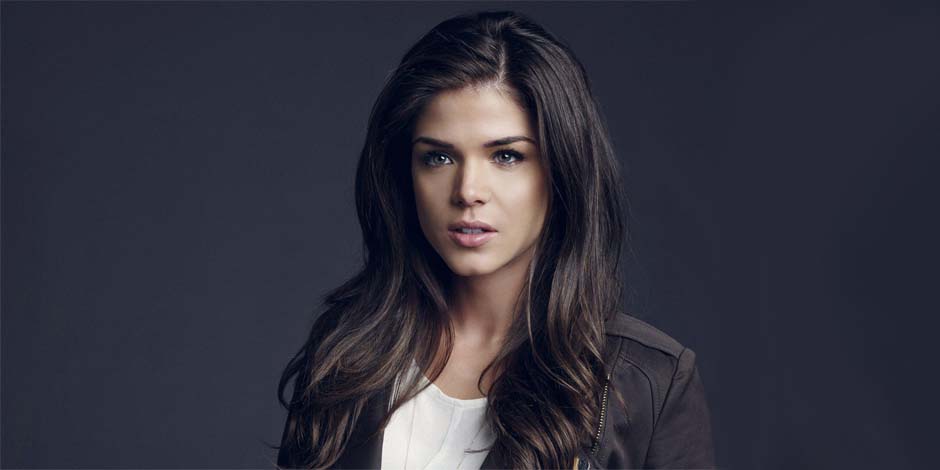 Marie Avgeropoulos is well-known as a Canadian actress. She is known as Octavia Blake in the television series The 100, which gave her popularity. Marie was also seen in the movie Jiu-Jitsu as Myra in 2020.

Marie Avgeropoulos is known for the role of Kim in Hunt to Kill, Sandra in Dead Rising: Endgame, Cheryl in Numb, and others.

Marie Avgeropoulos was born in 1986, on June 17. She was born in Thunder Bay, Canada. Presently, Marie is 35 years old as of 2021. Avgeropoulos has not disclosed about her parents and siblings.

You might also want to know about Salice Rose.

Marie Avgeropoulos is a well-known Canadian actress. She has appeared in several screen projects. Marie has debuted her movie career from the movie I Love You, Beth Cooper. Marie has also played the role of Kim in Hunt to Kill, Sandra in Dead Rising: Endgame, Cheryl in Numb, and others.

Marie Avgeropoulos has also voiced for silver Swan in 2019 Wonder Woman: Bloodlines. Presently, she is working on the movie Butterfly in the Typewriter. Marie is also known for her character in The 100 as Octavia Blake.

Shawn Roberts has started his acting career at the age of 12 with a high-profile talent agency in Toronto gave Shawn access to the top shots in the entertainment industry. Shawn made his television debut in 1997, playing the character of Brian O’Connor in two episodes of the Canadian children’s horror show, “Goosebumps.”

You might also want to know about Tim Rozon.

Robert Forsythe has also helped Shawn land an audition, and eventually a recurring role, in “Emily of New Moon” (1998-2000), a TV show based on the novel of the same title by L.M. Montgomery, playing the character of Teddy Kent, the gifted artist Martha MacIsaac, Stephen McHattie and Susan Clark in the TV drama which Marlene Matthews directed.

Shawn Roberts was also seen as a minor character in television shows like Twice in a lifetime, La Femme Nikita, and Earth: Final Conflict. He has also made his movie debut in Jacob Two-Two Meets the Hooded Fang in 1999, playing the role of Daniel and peter Warner in Sea People. Shawn was also seen in several movies like Thralls, We Were the Mulvaneys, Jesse Stone: Stone Cold, Fallen Angel, Going the distance, and others.

Shawn Roberts has also featured as the main character in Dairy of the Dead in 2007, along with Tony Ravello opposite Michelle Morgan and Joshua Close. Shawn has also played the role of the teenage bullying Jock in I Love You, Beth Cooper. After that, he was featured as the Young Wyatt Earp in Wyatt Earp’s Revenger, acting along with Val Kilmer.

Shawn Roberts started collaborating with Hallmark Channel in “Ms. Matched” (2016), playing Ben Reynolds opposite Alexa PenaVega. Shawn portrayed Dexter Durant in “Recipe for Love” (2014) opposite Danielle Panabaker and Redford in “A Frosty Affair” (2017). Shawn Roberts has also won the Rising Star Award at the Canada International Film Festival of 2012 for his work in “A Little Bit Zombie.”

Marie Avgeropoulos is presently single. Previously, she dated Shawn Roberts in 2008. The pair were first met at the set of I Love You. Sadly, they got separated after a year. After that, she has dated Taylor Lautner. The couple’s relationship did not work, and they divorced in 2015. Lautner hooked up with a gay director Bryan Singer.

You might also want to know about Pierson Fode.

Marie Avgeropoulos is a well-known British actress. Marie has done such a tremendous job in her career. Marie was also seen in advertisements for Toyota Scion and Credit Unions of British Columbia. Her net worth is estimated to be around $2 million.