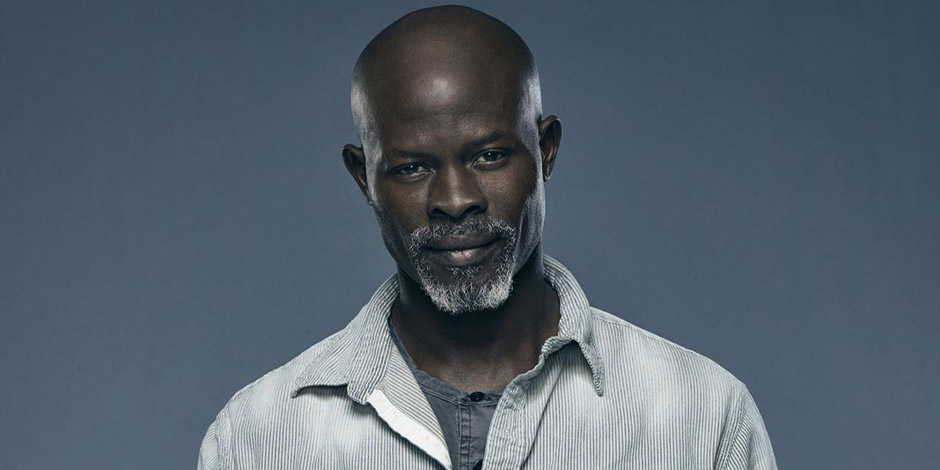 Djimon Gaston Hounsou, famously known as Djimon Hounsou, is a Beninese-American actor and model. Hounsou started career by modeling in music videos and has developed as an Award-winning actor. Hounsou is famous for his role in movies like Gladiator, Furious 7, Blood Diamond. He has been nominated for Academy Awards and Golden Globe Awards.

Djimon Hounsou was born on April 24, 1964. He was born in Cotonou, Benin. Hounsou was delivered to Albertine Hounsou and Pierre Hounsou. His father, Pierre Hounsou, was a cook. His mother’s work is still under review. Djimon moved from Benin to Lyon, France, at 12 with his brother, Edmond Hounsou. Their time in France was not easy. He dropped out of school and was struggling with poverty.

Hounsou became homeless for some time. But soon, he met a photographer who became the turning point in his life because the photographer introduced Hounsou to Thierry Mugler, a fashion designer. Thierry encouraged and helped Hounsou to pursue a modeling career. After some work, he became famous and became an established model in Paris in the year 1987. After a few years, Djimon moved to the United States to build his career. 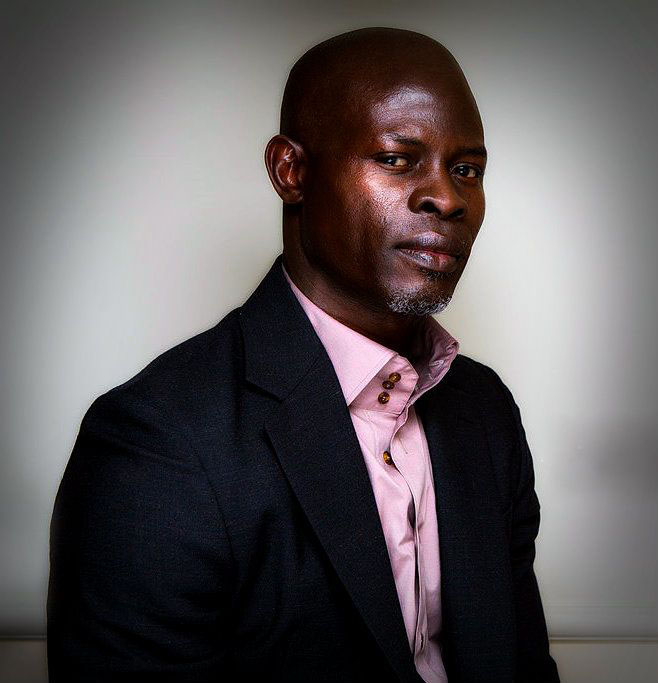 Djimon Hounsou’s first appearance in the TV and entertainment sector dates back to 1990, where he was featured in the music video of ‘Paula Julie Abdul’s’ song ‘Straight Up,’ ‘Janet Jackson’s’ ‘Love Will Never Do (Without You) and ‘Express Yourself’ by ‘Madonna.’ In the year 1990, he had a guest appearance in the episode of TV series ‘Beverly Hills, 90210’ and Djimon got the role in his first-ever feature film ‘Without You I’m Nothing.’ Hounsou played small roles in the movies ‘Unlawful Entry’, ‘III Gotten Gains,’ and ‘Deep Rising’ and appeared in 6 episodes of TV drama series ‘ER’ till the year 2000.

He got essential roles in the films ‘Stargate’ in 1994 and ‘Amistad’ in 1997. He even got nominated in ‘Golden Globe Awards’ for his role in the film ‘Amistad.’ Hounsou played a similar role in the 2000 film ‘Gladiator’ portraying ‘Juba.’ In 2004, Hounsou got nominated for ‘Academy Awards’ for his supporting role in the 2003 film ‘In America.’ The same year he played a supporting role alongside ‘Angelina Jolie’ in the adventure mystery film ‘Lara Croft: Tomb Raider – The Cradle of Life.’ In 2005, he starred alongside ‘Keanu Reeves’ in the film ‘Constantine’ and ‘Scarlette Johansson’ in the film ‘The Island.’

In 2006, Djimon Hounsou starred alongside ‘Leonardo Di Caprio’ and ‘Jennifer Connelly’ in the political war film ‘Blood Diamond.’ He received nominations for his supporting role in the ‘Academy Awards’ and won the ‘National Board of Review Awards’ for the same category. Hounsou appeared in films like ‘Never Back Down,’ ‘Push,’ ‘The Tempest,’ ‘Elephant White’ and ‘Baggage Claim’ from 2008 to 2013. In 2010, he announced that he would voice the main character in the animated TV series ‘Black Panther.’ 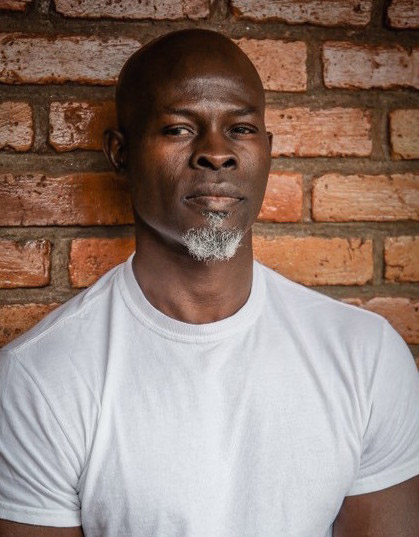 In 2013, Djimon Hounsou portrayed ‘Korath the Pursuer’ in the superhero film based on marvel comics ‘Guardians of the Galaxy.’ He appeared in the film ‘Seventh Son’ as villain ‘Radhu’ the same year. Hounsou portrayed the villain ‘Mose Jakande’ in the seventh sequel of the ‘Fast & Furious’ franchise ‘Furious 7’ released in 2015. In 2016, Djimon played the role of ‘Chief Mbonga’ in the adventure film ‘The Legend of Tarzan.’ In 2018, he worked in another superhero film, ‘Aquaman.’ The same year, he worked as the narrator, director, and co-writer of the documentary ‘In Search of Voodoo: Roots to Heaven.’

In 2019, Djimon Hounsou appeared in films Serenity’, ‘Captain Marvel,’ ‘Shazam!’ and ‘Charlie’s Angels.’ He is currently working on the upcoming films ‘The King’s man’ and ‘A Quiet Place Part II,’ which is set to release in 2021. Djimon is also voicing the character ‘Sumo’ in the upcoming animated film ‘Blazing Samurai.’

Djimon Hounsou was first seen in a relationship with model Kimora Lee Simmons in the year 2007. Before Kimora, Hounsou’s personal is unknown. Hounsou and Simmons visited Bennin in the year 2008. They also participated in the traditional ceremony wearing native clothing. They also met with Hounsou’s family. Many assumed that the ceremony was marriage, but it turned out to be false. The couple soon gave birth to their son in the year 2009.

They were introduced as husband and wife in the debut of Kimora: Life in the Fab Lane. But their relationship, which looked never-ending, came to an end in November 2012, when they announced their separation. After Kimona, Djimon has been seen with Paula Patton, but their relationship soon ended after a year. 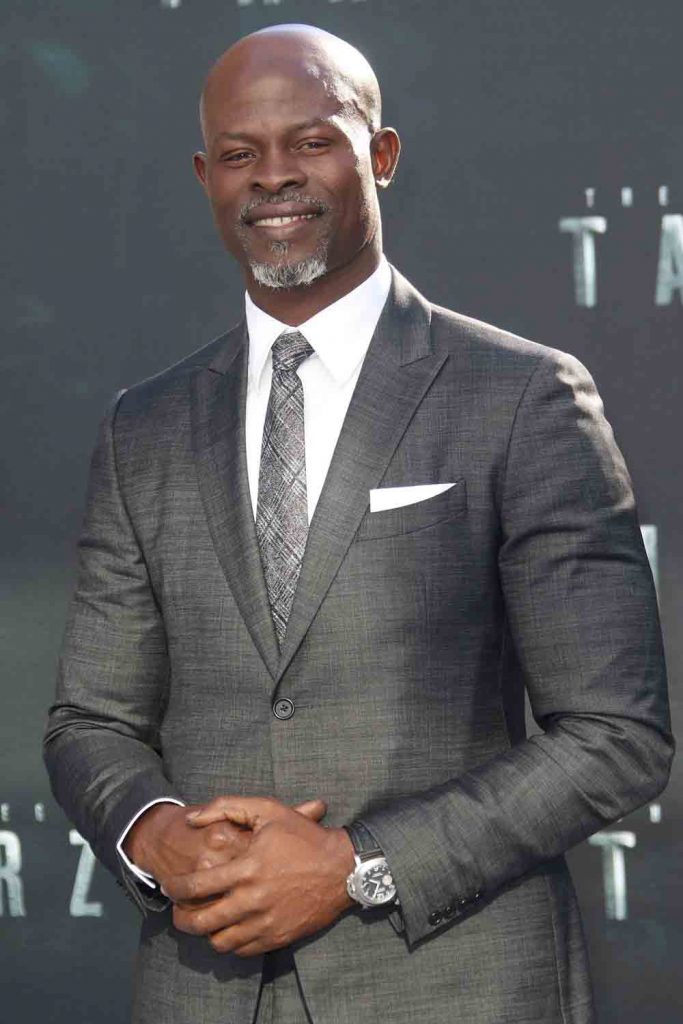 Born on 24 April 1964, Djimon Hounsou is 56 years old (at writing). Being born in Cotonou, Benin, he is Beninese. He belongs to the Black ethnicity. Djimon stands at 6 feet and 1.5 inches tall, which is 1.86 m and 186 cm. The Beninese actor weighs about 82 kg (180.7 lbs.). His Zodiac sign is Taurus, Ruling Planet is Venus, and he was born in the year of the Rat. Djimon has an athletic build and works out to maintain his body. He has black hair color but prefers to be bald. Even though Hounsou was raised as Roman Catholic, he later started gaining interest in Voodoo. Djimon enjoys horse riding and polo.

After all these years of working in blockbusters movies, Djimon Hounsou has established himself as a very successful and talented actor of this generation. His net worth is estimated to be $12 million.