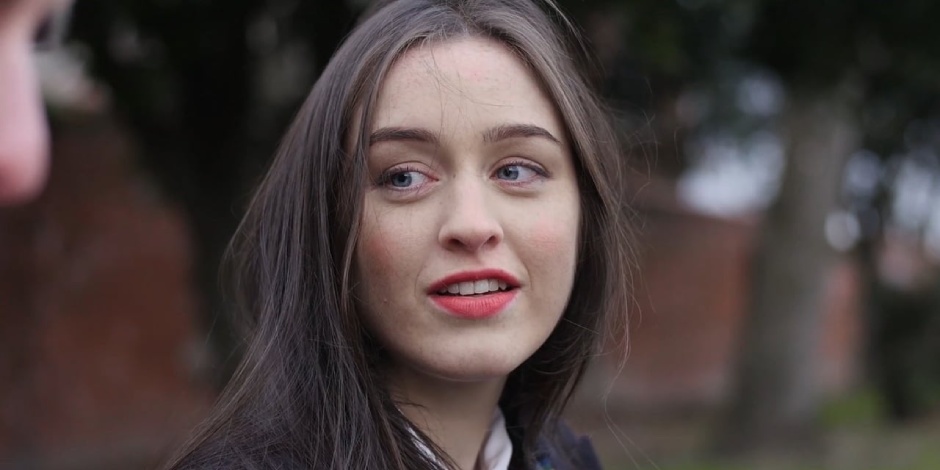 Danielle Galligan is a poet, actress, and theatre-maker from Ireland, famous for her plays “Strangers in the Park” and “Pernico.”

The birthplace of Danielle is Ireland. She came into the world on 1st December 1992. Her current age is 28 years old. Her mother’s name is Lorraine. She is a beauty therapist. She is the owner of a salon and beauty school “Galligan Beauty.” There are not many details of her childhood and parents available. The nationality of Danielle is Irish. She belongs to white ethnicity.

What is the academic qualification of Danielle Galligan?

Danielle attended the “Betty Ann Norton Theatre School.” She went to “Trinity College Dublin” to study “Drama and Theatre Studies.” Danielle received her acting training at “The Lir Academy.” She completed her graduation in 2015.

How Danielle Galligan started her career?

Danielle began her professional career from the stage after completing her graduation. She joined the “Rough Magic Theatre Company.” She was involved in the theatre productions like “Hostel 16” and “The Train.” Danielle was involved in the “FUEL Theatre Making” residency for “Hostel 16” at the “Druid Theatre.” She was also part of “All Honey” and “The Tale of Cinderella” in 2017.

Moreover, Danielle portrayed the role of Aisling in the play “Nothing But A Toerag” in January 2019. She appeared in a podcast along with Gavin Kostick, Janet Moran, Eanna Hardwicke, and “Falligan.” Danielle had performed the play “Odyssey” in the podcast. The play was also part of the “Dublin Fringe Festival” in 2019.

Danielle along with Venetua Bowe, Rachel Bergin, and Fionnuala Gygax founded “Chaos Factory” in 2018. “Kiss Kiss Slap” was the debut play of the company. It also became part of the “Dublin Fringe Festival” in 2018. Their second play “MorphMe” was the second project. It premiered in April 2019. The company collaborated with “The Corn Exchange” for a workshop at the “Mermaid Arts Center” in 2019.

Similarly, Danielle has been part of short movies like “Break Us“, “Strangers in the Park”, “Beautiful Youth“, and “Pernicio.” She appeared in the guest roles in the world-famous series “Game of Thrones” and “Krypton” in 2019. The following year, she was part of the series “Cold Courage” as Daiga Mednis in 2020.  She portrayed the role of Sophie in the movies “Break Us” and “We Don’t Choose How” as Jenny in 2020. Danielle portrayed the role of Nina Zenik in the soon-to-be-released “Netflix” series “Shadow and Bone” alongside Archie Renaux, and Amita Suman . She has also been part of the radio dramas like “Hecuba” and “The Playboy of the Western World.”

What kinds of Awards and Nominations has Danielle Galligan Achieved?

Danielle earned the “Best Actress” during the “Short+Sweet Film Festival.” She also won the title of “Best Duo” along with “Mark Lawrence” in the play “Strangers in the Park” in 2017. Danielle also earned nominations for her performance in “Pernico” during the “Richard Harris Film Festival” and the “Underground Cinema Festival.”

What is the relationship status of Danielle Galligan?

Danielle is conscious of her personal life. She loves to keep her private life to herself.  There are not many details of the personal life of Daniele available. There are no rumors and news about her boyfriend. She seems to be totally in love with acting.

She has an attractive height of 5 feet 6 inches along with a complimentary weight of 54 kg. There are not many details of her body measurements available. The color of her hair is black. Her eyes are blue in color.

Is Danielle Galligan on Social Media?

Danielle is active on social media platforms. She goes with the name of @daniellegalligan_ on Instagram along with 28.4K followers. There is a Facebook account with the name of “Danielle Galligan.” Both accounts are not yet verified. She does not bear a Twitter account. There are few posts regarding Danielle on Reddit.

How much is the Current Net Worth of Danielle Galligan?

Danielle’s net worth is growing. Her net worth is estimated to be around the US $1-$5 Million, through the endorsements of different brands and professional acting careers.