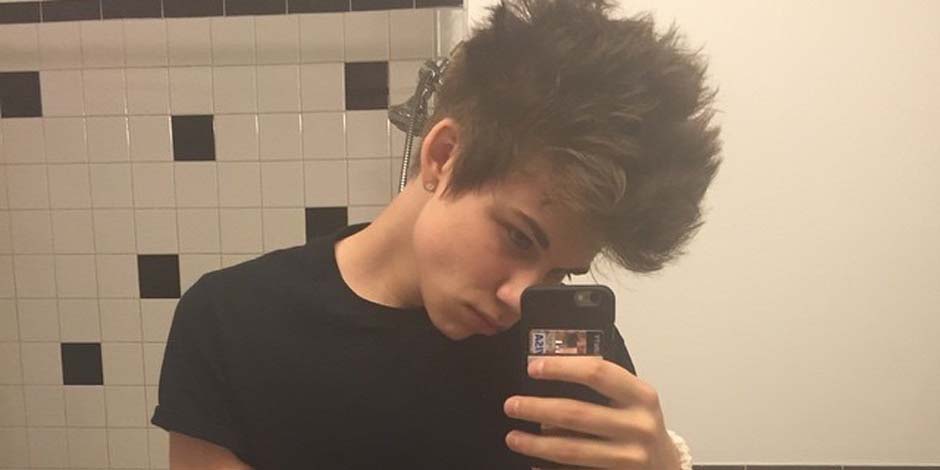 Cody Herbinko is a well-known personality of America who is best known for his presence as a social media star, and as an Instagram model, and as an influencer.

Cody Herbinko was born on February 11, 1999. He is only 22 years old. He was born in Pittsburgh, Pennsylvania, USA. The star is very close to his grandparents and has lived 7 years of his childhood with his grandparents. The actor is quite secretive about his private life and has not shared much information about his family. He has mentioned that he is very close to his mother, and she is very supportive of his decisions. He has a brother, and his mother also manages his works and schedule.

He completed his 10th grade from a cyber school after dropping out of high school in the ninth grade. After his 10th grade, he returned to regular school. There is no much information about his educations and qualification.

This 22 years old star is 5 ft 10 inches tall and weighs 56 kgs. He has light brown colored hair and beautiful, addictive blue eyes. he is timid about his life, and information relating to his body measurement is unknown. He doesn’t enjoy traveling, but his love for his fans encourages him to travel. He loves to interact with his fans and using his phone. His nationality is American, and he is thoughtful, expert communicator, charismatic like an Aquarius. He belongs to a white ethnic group.

How did Cody Herbinko start his Career?

Cody Herbinko is best known as “muderized,” in social media. He chose this name as he thought this name was cool and liked it soon after he heard this name from his friend and is very popular among Instagram, Vine, and Snapchat. As a guest star in the show “The boys of summer tour 2015,” he also appeared in the YouTube channel YouNow “Ask Cody Q&A with Cody Herbinko.”

He is also a young businessman and has owned merchandise from an online shopping portal known as “redbubble.com.” He has visited various places like San Francisco, Las Vegas, Salt Lake City, Dallas, Kansas City, Chicago, San Diego, Boston, Toronto with other internet celebrities like Devin Hayes, Jake Webber, Triston Tyler, and Seth Bishop. He also has a Youtube channel where he posts gaming videos.

Cody Herbinko’s controversy started soon after his online fame. He had to drop out of public school and lived a very low-key life. According to him, many people even thought that he had died. He was a victim of bullying and was very demotivated from his life. His school principal brought him to the office and suspended him for asking his fans to “squad up,” which he thought was a threat to the school.

Cody Herbinko dated Instagram celebrity Samantha Eklund, in the year 2015. The couple started dating after they appeared on each other social media. He uploads pictures with her in his personal profile. They also appeared on the vlog video of Samantha’s Youtube channel. Unfortunately, the couple broke up in 2017. After that, the star has not been involved in any relationships.

You want to know about Jordana Spiro

This very young celebrity has worked for more than 6-7 years in social media. He has gained fame, fans, and money. His primary source of income in the entertainment industry and shopping sites. His net worth is approximately $27 million.

Cody Herbinko is very active on his social media, where he keeps updating his fans about his life and plans. Among various social media accounts, he is more active on Instagram and has 98.9k followers. His Instagram handle is @cody.herbinko.