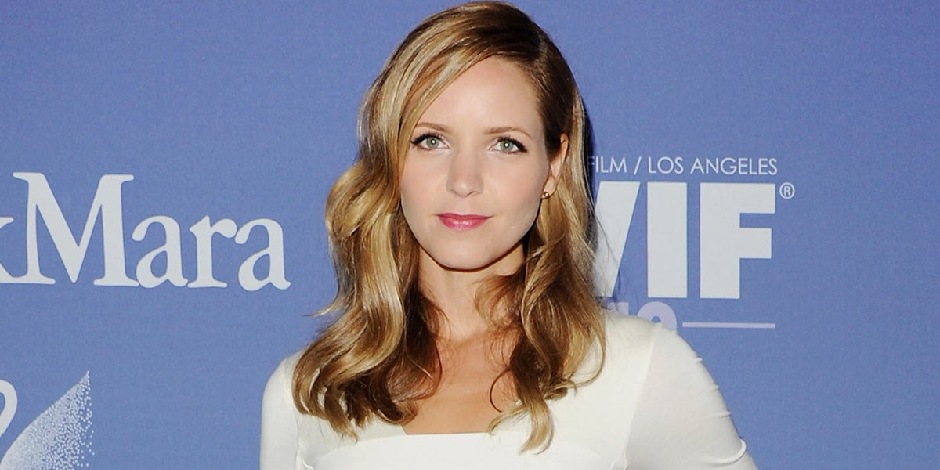 Jordana Spiro is a famous American actress known mostly for her role in the Netflix series titled “Ozark“. She is a renowned actress, an amazing director, and a better writer.

Jordana Spiro was born on April 12, 1977, in New York City. She was raised as Jewish. Jordana is not the only child in the family. She has a brother and three sisters. She was born as a daughter to Harry spiro Jr and Brigitte spiro. Her ancestors aren’t from America. Her father’s ancestors lived in Russia, Belgium, and Germany, whereas her mother’s ancestors were French, Irish, and English. She holds the nationality of America and belongs to the white ethnicity. Her zodiac sign is Aries.

The 44 years old, outstanding actress Jordana stands at the height of 5 feet 6 inches. She weighs 55 kg. she has blond colored hair and dark brown colored eyes. Her body measurement is 34-26-35 inches.

What is the Academic Qualification of Spiro?

Jordana Spiro enrolled at the circle in the square theatre school, where she learned her primary level acting and got an education. After that, she attended the royal academy of dramatic art in London. After completing her course in London, she moved to Los Angeles, and she started the MFA program in Filmmaking at Columbia University in 2009. She completed her degree in 2015.

How did Spiro begin her career?

Jordana Spiro launched herself in the 1999 film From Dusk Till Dawn 3: The Hangman’s Daughter. In the movie, she played the role of Catherine Reece. The movie was direct to DVD prequel to the 1996 film From Dusk Till Dawn. The debut movie didn’t give her much recognition and limelight though she gathers a bit of attention and marks the foot in the entertainment industry. She finally achieved limelight after getting approached to play the role of P.H., a girl in her twenties who is a guy’s girl and a sports reporter who tries to find and live in romance within her world, which her male friends dominate.

It was a comedy series named My Boys, produced by TBS. the series launched in its final season in 2010. Jordana Spiro was also seen in the 2009 comedy The Goods: Live Hard, Sell Hard. She appeared alongside Jeremy Piven, Ed Helms, and Rob Riggle and was produced by Ferrell and adam McKay. The director of the comedy was Neal Brennan. Jordana was also about to play in the planned 2010-11 television series named Love Bites but couldn’t star because of her busy schedule and contractual obligations. She also appeared in a thriller named Trespass alongside Nicolas Cage and Nicole Kidman.

Jordana Spiro was also invited as a guest star on the showtime 2011 season of Dexter. In addition, she played the lead role in the Fox-TV medical/ crime drama, The Mob Doctor. The Mob Doctor ran from 2012 to 2013. She was also recently seen playing the role of Rachel Garrison in the Netflix crime drama titled Ozark. Besides acting, she has also directed and produced several short films and documentaries such as skin.

How many awards does Jordon win?

Jordana Spiro is the winner of the Gracie Allen Award as the outstanding female lead in the comedy series for My Boys in 2007. In addition, she won the Horizon award at the 24fps international short film festival as an outstanding student film for her short film skin in 2013. She also got a Grand jury prize nomination at AFI Fest and a festival prize nomination at cucalorus film festive for the skin.

Why did Jordana Spiro leave Ozark?

Jordana Spiro recently played the character of Rachel Garrison in the series Ozark in 2017. She built up a huge fan following over the year and is loved by many people. She played the role of the owner of the Blue Cat Lodge, which Marty Byrde brought over to use as a front to launder money for the Mexican cartel. Rachel found out the reason and was eventually poisoned and killed in the show. It seems like it was the management and writer’s decision to end the role of Jordana from the show.

Jordana is married to Matthew spitzer and is blessed with one daughter. But, unfortunately, no more information is disclosed about her personal life.

She earns a good amount of salary from acting and movies she appears in. she got offered decent money for her Netflix Ozark. Her net worth is estimated to be around $2 Million.