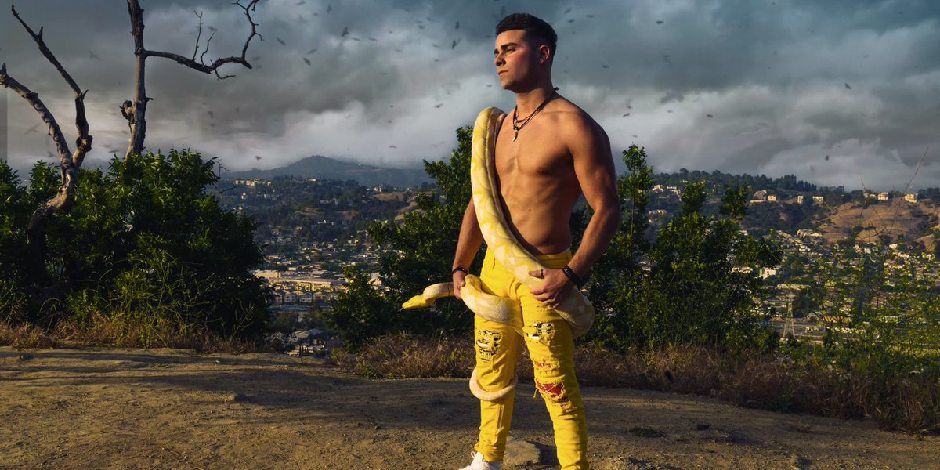 Coby Persin is an American YouTuber who is best known for his prank videos. His YouTube channel covers content such as pranks, challenges, and other social experiments. His videos are inclusive, and we can often see teenagers in his videos.

He has a nationality of American and belongs to a White ethnic group. He considers 8 to be his lucky number and is attractive, intelligent, ambitious, confident, determined, loyal and courageous, and has the personality of Taurus. He enjoys traveling, playing games, vlogging, and doing pranks to others.

He has talked about his educational journey and has even confessed to being bullied, leading him to transfer into another school at class 10.

Since his childhood, he was a notorious child and was expelled at the end of grade 11 for switching off the TV using a controller as soon as the teacher started the videos in the classroom. He also dragged the school principal’s attention by not cutting his hair and went to school with his long hair. Later, after realizing school was not his place, he decided to get a GED equivalent to a diploma from high school and went to college. At first, he decided to be a male nurse but later dropped the idea. Therefore, there is no much information about his educational qualifications.

Coby Persin is 5 ft 10 inches tall and weighs 72 kg. He is very private about his personal life and has not shared any information about body measurements, including his chest size, hips size, biceps size, waist size, shoe size, and dress size. He has a fair complexion and has a dark brown colored hair. In addition, he has beautiful and addictive hazel green eyes.

How did Persin start his Career?

Coby Persin started his career as a model for Abercrombie and Fitch. He worked as a model for one year before entering the world of YouTube. He also worked in many advertisements before creating his YouTube channel. Some of the companies where he worked are Fuerte Men, Mentality Magazine, and the NFL. He also worked as a caterer, factory worker, packaging watches, a waiter in fast foods joints and restaurants.

He uploaded his first video on his channel on 7th October 2010, and the first video he uploaded was a hit named How to get any girl’s number Sexy Beach Girl. The success encouraged him to upload another video, and he posted Fake Celebrity Pranks New Jersey, which was also a great hit. His tradition of posting rank videos and experimental videos also gave a positive message to the viewers.

Soon, he uploaded other videos, such as a YouTube celebrity catches a cheating girlfriend on camera on 9 August 2018. This video has more than 8 million views. Another video titled Girls Shocked By Rapping Uber Driver was uploaded on 5th September 2018 and had more than 300k views.

His most views videos include Girl Walks Around NYC in Painted on Jeans which has 76 million views, and How to order Mcdonald’s like a boss, which has 75 million views, The Dangers of Social Media, which is an experimental video and has 60 million views, picking up Uber riders in a Lamborghini Aventador which as 50 million views, Grandpa Raps like bas boss has 68 million views. His most recent video is Homeless Billionaire Exposed Restaurant Worker and has 1,771,057 views. He has been uploading new videos and keeps entertaining his audiences to date.

Coby Persin is straight and has not shared any information regarding his relationship status on social media.

Coby Persin is quite active in his social media handle and keeps updating his fans and followers about his life and future endeavors. His Instagram handle is @cobypersin, and he has 1million followers and 16 posts. His YouTube Channel is @cobyPersin and has 6.23 million subscribers.

Coby Persin is just 27 years old and has achieved so much in his life. His estimated net worth is $2.5 million US dollars. His source of income is his YouTube channel which has a worth of $857000 US Dollars.