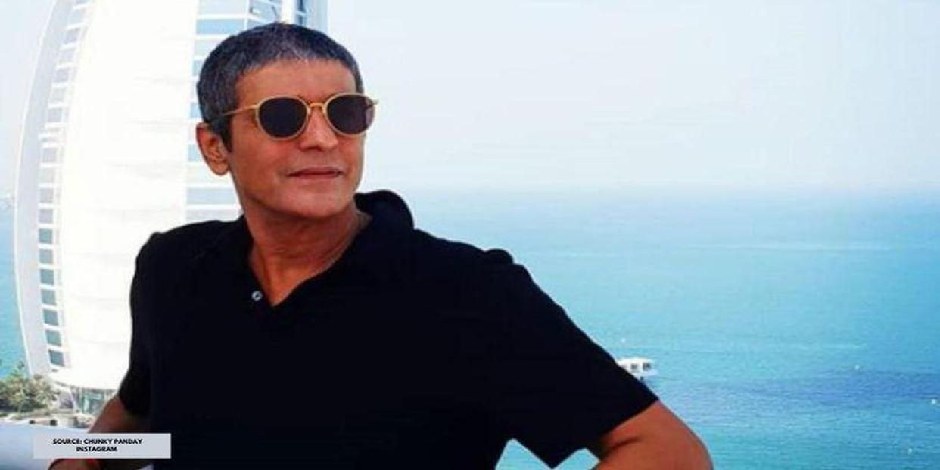 Chunky Pandey whose birth name is Suyash Pandey is an Indian actor who is best known for his role as Baban in the 1988 hit movie Tezab. He established himself in the film industry from his roles in movies like Paap ki Duniya (1988), Khatron Ke Khiladi (1988), Housefull Franchise (2010). We can also see him as a lead actor in Bangladeshi cinema and as a supporting actor in Indian movies De Dana Dan (2009), Ghar ka Chirag (1989), Lootera (1993).

This versatile actor was born in Bombay (the early Mumbai), India on 26th September 1962 to Sharad Pandey and Snehlata Pandey, a doctor family. He was born and brought in an educated and progressive family so when he decided to take acting as a career he was well supported by his family. He went to Daisy Irani acting foundation along with megastar Salman Khan and director, the producer Sajid Khan.

Chunky Pandey and His Career

Pandey started his career in the 1987 movie “Aag hi Aag” along with actress Neelam Kothari. The same year he was also signed for the movie Paap Ki Duniya and the movie got released in the year 1988. The year 1988 was the golden year for him as he appeared in 5 movies. He was seen as a supporting actor in these movies “Tezab”, “Khatron me Khiladi”, “Gunaho ka Faisla”, and “Agnee”.

He was taken as a supporting actor as those movies where he played the lead were failing in the box office and weren’t well appreciated by the audiences. He appeared in several movies as a side actor and was offered lead roles in low-budget movies like “Trichy Topiwale” (1998), “Mumbai meri Jaan” (1999), “Kaun Rokega Mujhe” (1997), and “Jwalamukhi” (2000). The only film where he played the lead role and was hit at the box office was the 1992 movie “Parda hai Parda”.

After establishing oneself in Bollywood with so much hard work and not getting enough roles or recognition frustrated Pandey a lot. In order to boost his career, he moved to Bangladeshi cinema and appeared in 6 movies from the year 1995 to 1997 each film was a super hit and he was also considered the Amitabh Bachhan of Bangladeshi cinema.

However, the love for his nation pulled him back to India and he made up his mind and established himself for doing a supporting role in movies. He even considered supporting roles to be less stressful than the lead roles.

He came back to Bollywood with the 2003 films “Qayamat city under theft”, “slaan”, super hit movie “don the chase begins again” and the greatest comedy movie of all time “Apna Sapna money money”.

With the passing of time, he started to experiment with his character, and his roles as an actor started to move upward. He amazed everyone through his role as an underground gangster in the 2005 movie “d-underworld badsha”. After observing his work Pandey was chosen for the role of the robber in the 2006 dark comedy thriller Darwaza Bandh Rakho.

Chunky Pandey’s acting range is commendable he has appeared as the antagonist or the villain in the series “Abhay”, “Saaho”, “Begum Jaan”, and “Prasathanam”.

Chunky Panday was engaged to his long-term girlfriend Anu Kottoor who was Miss India and a Vj. They weren’t destined to be together, so they broke up. Later, Pandey found his soulmate in Bhavana Panday and got married in January 1998. Chunky Panday has a very happy family with two daughters Ananya Panday who is an actress and Rysa Panday.

Pandey’s nationality is Indian and is diplomatic, fair, clever, and social like a Libra.

He follows the Hindu religion but respects each and every religion. His sexual orientation is straight.

This very cool actor has become a cult figure on social media. He is quite active in social media and keeps his fans and audiences updating about himself and his further plans. His Instagram account is @chunkypanday and has 247k followers and his Twitter account is @ChunkyThePanday and has 193.3k followers. He often posts pictures of himself, his family, vacations, his movies, and series.

What kinds of Awards and Nominations has  Chunky Pandey Achieved?

Chunky Pandey is yet to receive an award however he has been nominated several times in the category of supporting actor or best actor in a comic role.

What is Chunky Pandey Current Net worth?

This multitalented actor has a net worth of $20 million and his source of income is the film industry, modeling, business. He owns a famous restaurant “The Elbo Room” in Mumbai and also runs a stage show hosting business “Bollywood Electric”.

Chunky Pandey has a habit of drinking lime tea and intakes a minimum of 15 cups of tea every day. He is also addicted to smoking and drinking alcohol. According to Chunky Pandey, he enjoys partying and considers Shah Rukh Khan and Ritesh Deshmukh as his favorite actors and Priyanka Chopra as his favorite actress. He prefers to wear black and eat Pasta Carbonara or Meethi daal or chawal laal maas.