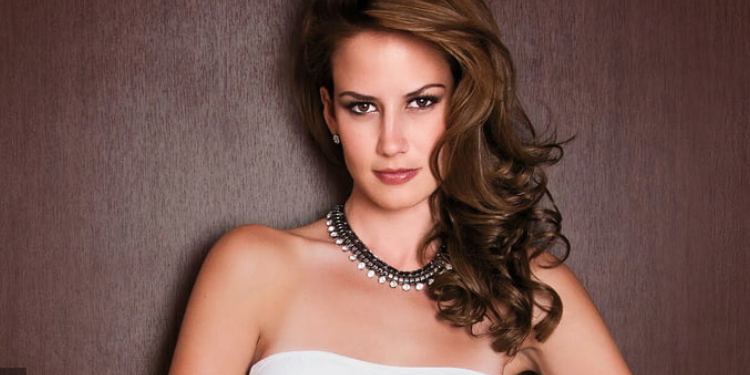 Altair Jarabo Garcia is a well-known Mexican fashion model and an outstanding actress. She is globally famous with the name ‘Altair Jarabo’. She worked in famous magazines like, ‘Open Magazine’, and ‘Glamour Magazine’. She is renowned for her role in the Mexican TV series, ‘Subete a mi moto’ in 2002 as Gaby.

She loves her brother Jorge Jarabo Garcia and spent her childhood with him. She holds Mexican nationality. She falls on Latin American ethnicity. Her zodiac sign is Leo. She hasn’t revealed her educational qualification and the school she studied in.

Altair Jarabo is a pretty Mexican of age 33 years. Though she is in her early thirties, we can’t deny that she looks young like in her mid-20s. She has a slim curvy figure of body measurement 31-23-37 inches. She has an average height of 5 feet and 6 inches and a weight of 58kg. She has dark brown eyes a blond hair. Her shoe size is 8US and her dress size is 4US.

How did Altair Jarabo start her career?

In 2002, Altair got an opportunity to work in a popular TV series ‘Un Nuevo Amor’, ‘El Amor no Tiene Precio’, ‘Medicos’, ‘Codigo Postal’ and many others. In the same year, she played the role of Subete a mi moto as Gaby. She starred as Romina Mondragon Rios on the ‘En Nombre del Amor’. She appeared as Diana Montero in the ‘Que te perdone Dios’ in 2015 alongside Rebecca Jones, Zuria Vega, Mark Tacher, and main Villainous Sergio Goyri and Sabine Moussier. She starred as Florencia Landuchi, an Italian boarding school student in Abismo de passion.

In 2006, she portrayed in Codigo Postal as Afrodita Carvajal, it was successful worldwide but she did not get much appreciation for this role. In 2007, she appeared on Premios TVyNovelas event. In 2009, she replaced Vannya Valencia as Lorena Mendizabal in the second villain role in Mi Pecado. She is the main co-protagonist in recent telenovela Llena de amor. She worked as Raquel Ledesma in Rosy Ocampo’s telenovela Mentir Para vivir.

Altair is a multi-talented model and actress who has been in many relationships in her past. She dated actor Eugenio Siller, Alejandro Ruiz, David Zepeda and Eduardo Yanez. It seems like she has commitment issues. She was also in a relationship with footballer Carlos Vela. While dating him, the rumor about her hooking up with actor Sebastian Zurita flooded the media. The relationship didn’t last long. As of the present, she is not anyone and enjoying her single life.

In 2010, she won the title of Premios Diosas de Plata in the category Best Actress Revelation for the film Me important tu y tu.

What is Altair Jarabo Net worth?

Altair Jarabo is a world-famous model and actress who earns a pretty amount of net worth by acting and modeling. Her net worth is estimated to be $3 million.