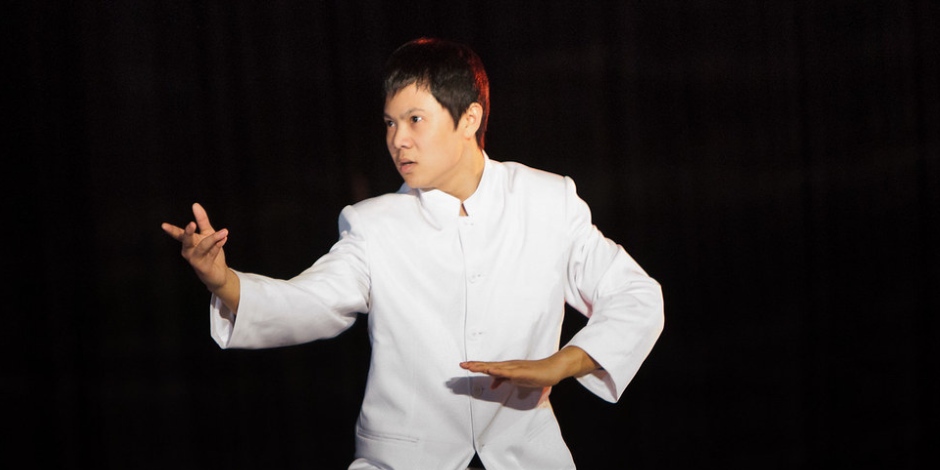 Zhenwei Wang Celebrity Biography  –  The martial artist and an actor. Uncover the latest updates on Wang’s full biography, movies, and Television careers. He is popular for his negative role as Cheng in the movie “The Karate Kid.”

Where was Zhenwei born and raised?

The birthplace of Zhenwei Wang in Handan, China. He came into the world on 20th October 1995. His current age is 25 years old. The zodiac sign of Zhenwei is Libra. His father’s name is Wang Chaoguo. The details of her mother and sibling are not clear.

The nationality of Zhenwei is Chinese. He belongs to the Mongolian ethnicity.

You might also want to check out Mickey Middleton

His father played a major role in order to grow him as a martial artist. Zhenwei Wang was only 4 and half years old when his father enrolled him in the “Beijing Shenshahai/Beijing Shichahai Amateur Sports School.” Zhenwei was weak and sick in childhood. But he was full of energy and attentive when it comes to the practice session. He used to enjoy the sessions and was ready to give an enormous amount of time to it without complaining of his fatigue.

Similarly, his dedication to martial arts helped him gain recognition from the Wushu Industry. His father enrolled him in the “Haidian Gymnasium.” He was only eight years old during that time. This was his beginning of learning the “National Wushu Routines.”

How Wang started his career?

Zhenwei Wang had already built a status of a national-level martial artist before beginning the journey as an actor. His professional acting journey began from the movie “The Karate Kid” in 2010. He shared the screen along with Jaden Smith and Jackie Chan in the movie. He appeared as a ruthless, fearless, and merciless antagonist to Jaden Smith in the movie. The movie increased his friendship with Jaden. He even helped Jaden with some techniques of “Mandarin Chinese.”

You might also want to check out Amita Suman

Likewise, the selection procedure for the character was itself a great story. The makers of the movie started looking for artists in 2009. The assistant of Jackie Chan and vice-director of the movie held auditions in various Martial Arts Schools in China. About 10,000 contestants auditioned at the “Beijing Film Academy.” There were many criteria to meet for the character. One has been fluent in “Mandarin Chinese” and “English”, “Acting”, “Facial Expressions”, “Wushu Skills”, “Eye Movements and Expressions” and “Physical Appearance.”

Similarly, Zhenwei Wang overcame all the challenges within three months of the period of the audition to finally book his role as Cheng in the movie. He even has to have four stitches for head injury while shooting for the movie. It was during the chase sequence after Jaden splashes dirty water on him and his friends that he faced the injury. Zhenwei had hit his head on an oil pan in the sequence.

Despite few minor injuries, he was back on the shoot in no time. This shows his dedication and passion for his work. The director of the movie was also very supportive as he didn’t compromise on his requirement of rest after the incident. He was always by Zhenwei to boost his confidence during the healing process and even gave his rest leave.

Moreover, he appeared on the screen again in the comedy TV series “Movie Martial Arts vs. Reality” in 2012. He was only seventeen years old during the time and portrayed the role of “Boss” in the series.

What kinds of Awards has Wang achieved?

Zhenwei Wang started gaining many awards during his participation in national-level competitions. He was very young. Zhenwei even won two gold medals during the “Beijing Youth Wushu Competition.” He succeeded to enter the “B-Mannschaft” by becoming one of the “57 excellent competitors.” He was only ten years old during that time.

Is Zhenwei on Social Media?

Zhenwei is not very much active on social media platforms. He goes with the name of “Zhenwei Wang” on Instagram along with 3.3 k followers. It was last updated in 2019. It is not updated. He has a Twitter account “@zhenweiwang” along with 5.6K followers. There is a group on Facebook “ZHENWEI WANG” along with 16 members. All these accounts are not yet verified.

You might also want to check out Natalie Wihongi

Zhenwei Wang has an average height of 5 feet 5 inches along with a complimentary weight of 75 kg. There are not many details of his body measurements including the biceps, chest, and waist available.

Zhenwei’s net worth is around $1-5 Million dollars which he earned through his professional acting career.