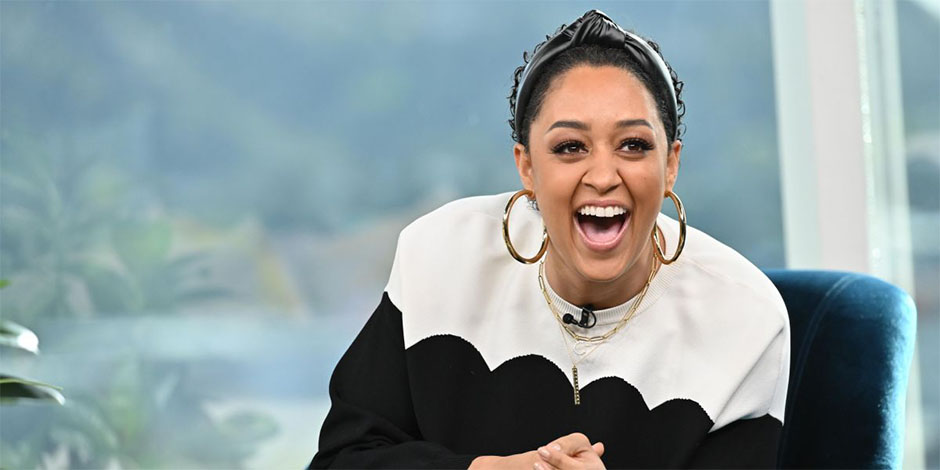 Tia Mowry is an actress known for her leading role in the American TV sitcom Sister, Sister, where she appeared as Tia Landry. She is known for numerous other Tv series of which popular ones are Twitches, Twitches Too, Seventeen Again, and Tia & Tamera.

Mowry was born on 6th July of 1978 in West Germany in Gelnhausen 2 minutes late than her twin sister Tamera Mowry. Her full name is Tia Dashon Mowry-Hardixt and is the daughter of former U.S. armies, Darlene Renee Mowry and Timothy John Mowry. Later on, his father started working with the Glendale Police Department as an officer, and as for her mother, she started working as a manager and a security guard for her and her twin sister.

Mowry studied in Birmingham High School and then graduated from Pepperdine University with a degree in Humanities. She grew up with her parents, twin older sister named Tamera, and two small brothers, namely Tahj Mowry, an actor, and Tavior Mowry. She grew up in a religious family as both of her parents are strong Christians. 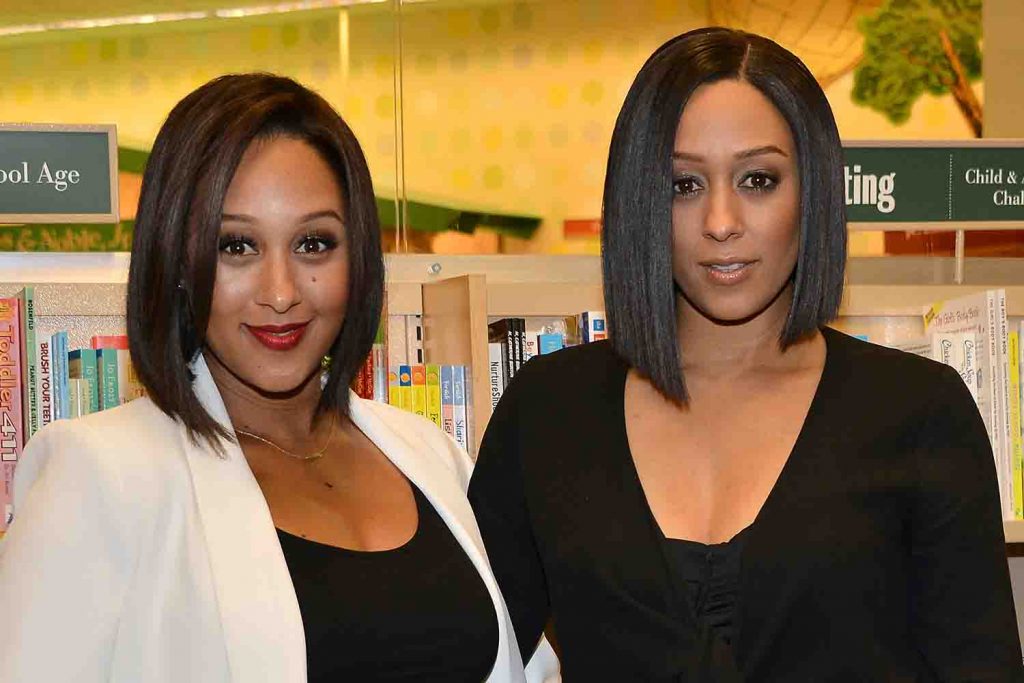 Mowry’s acting career began after they moved to California, along with their whole family. After the month of their stay, they immediately got the opportunity to appear in various commercials and Tv films.

Tia Mowry made her film debut in early 2002, appearing as Venetia in a teen comedy film called The Hot Chick. In 2004, she voiced in an animated movie called Bratz: Starrin’ & Stylin’ for Sasha’s character. The following year, she appeared in the film Hollywood Horror, portraying Kendra’s character and met his future husband on the set. She again continued voicing for the Sasha in Bratz: Genie Magic, released in 2006, and Bratz Go to Paris: The Movie in 2013.

She then appeared in a movie called The American Standards as Kate in 2018 and landed the supporting role in the romantic film called Baggage Claim as Janine in 2013. In 2018, she made an appearance in a Christian dram film called Indivisible as Tonya Lewis.

Among various TV series she has appeared in, an American sitcom named Sister, Sister, made her rose to popularity. Her other famous work includes Instant Mom, Seventeen Guy, The Game, Tia & Tamera, etc. Her first TV debut was in 1991 from the series called Dangerous Women, where she portrayed the character of Judith Ann Webb. She has played over 30 TV series till now. She also voiced in the animated series like The Adventures of Hyperman as the bad Emma in 1995, Bratz in 2005 for 17 episodes in the voice of Sasha, and finally voiced for Sindy Sauernotes in Fresh Beat Band Spies in 19 episodes, which was premiered in 2015 and lasted for a year. 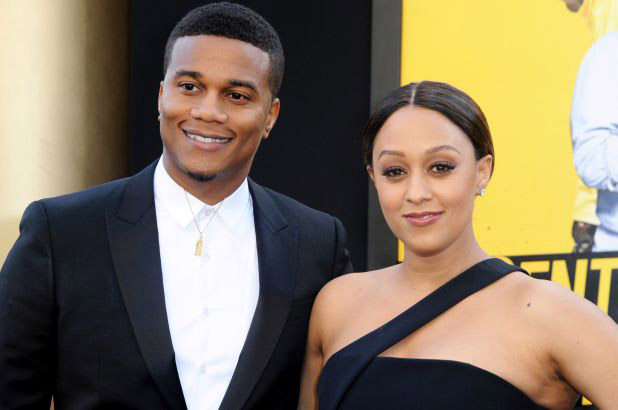 Mowry tied her knot with actor Cory Hardrict on 20th April of 2008 after dating for six years. She met him while shooting for the film Hollywood Horror in 2004. Together they have two children, a son named Cree Hardrict, born on 28th June of 2011, and a daughter named Cairo Tianhna Hardrict on 5th May of 2018.

Currently, she is working for the Entertainment Basketball League as a head coach for the celebrity team.

Mowry is active in social media and is quite popular, with over 8 million followers on Instagram and over 1.9 million followers on Twitter. She can be accessed with @tiamowry. She recently opened her own YouTube channel with Tia Mowry’s Quick Fix and has over 774 thousand subscribers watching her channel.

Tia Mowry has a height of 5 feet and 5 inches with a bodyweight over 56 kg. she has a slim body feature with the waist 36 inches, hip 27 inches, and bust 35 inches. She has dark brown hair and brown eye similar to her twin older sister Tamera Mowry. Her zodiac sign is Cancer, and she belongs to multiracial ethnicity.

Mowry is in her early 40s, but she is most active than ever. Her wide glowing smile has drawn numerous people to fall in love with her. 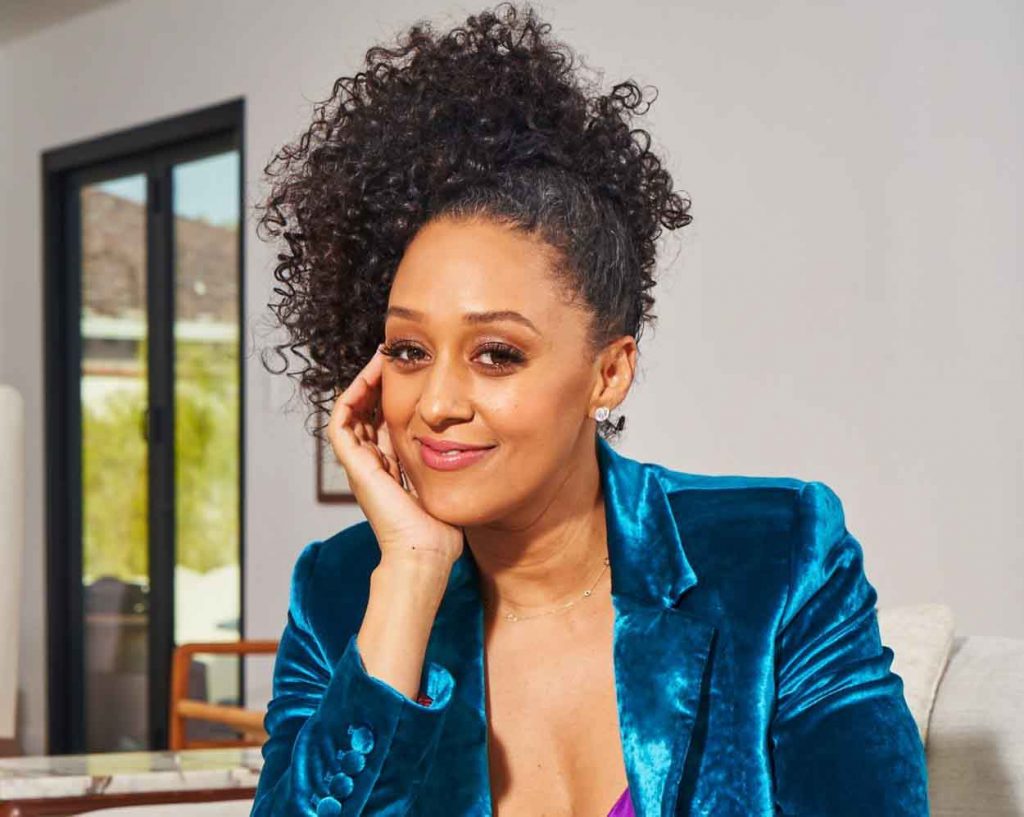 Tia Mowry has been honored with the Hall of Fame by Nickelodeon Kids’ Choice Award.

Mowry has received several nominations and awards, among which most of the nominations are from the sitcom Sister, Sister. She won the NAACP Image Awards for Outstanding Lead Actress in a Comedy Series in 1999 and 2000. She also won the Nickelodeon Kids’ Choice Award for Favorite Television Actress consecutively in 1995, 1996, and 1997.