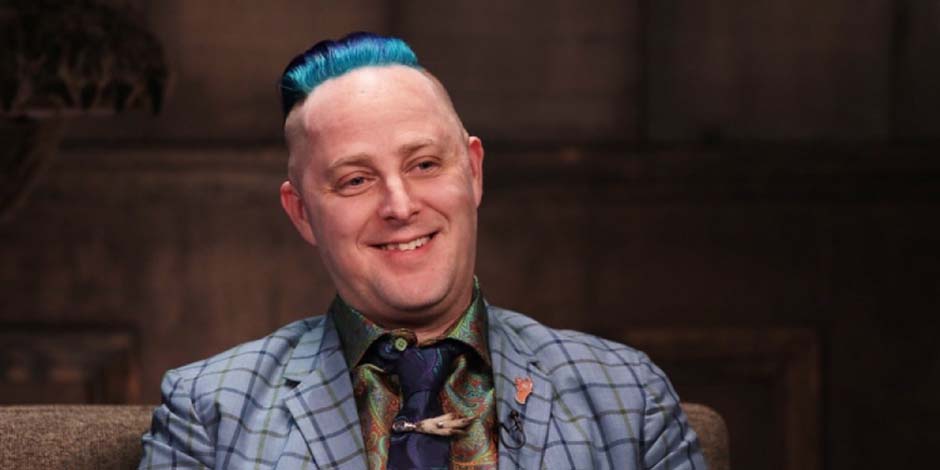 Taliesin Jaffe is a well-known member of the web series Critical Role. He is a renowned American actor, Voice actor, screenwriter, and A.D.R. director. Taliesin Jaffe is also known for his performance in Mr. Mom, Hellsing, and Street Fighter IV.

Taliesin Jaffe was born in 1977, on January 19. He was born in Los Angeles, California, the United States of America. Presently, he is 44 years old. Jaffe was born with the birth name Taliesin Axelrod Jaffe. Taliesin is the son of Nina Axelrod (Mother), and his father’s details are still missing. His mother is also a well-known actress.

Talking about his educational background, he has not mentioned it in the media. However, Jaffe might complete his higher-level education from the reputed university near his hometown after his age.

You might also want to know about Meredith Marakovits.

Taliesin Jaffe began his acting career as a child actor from the comedy-drama movie Mr. Mom in 1983. After that, Jaffe made his television debut in season 5 of the N.B.C. sitcom The Facts of Life. Then, between 1987 to 1989, he was featured as Kenny Granger on the T.V. series named She’s the Sheriff. Finally, in 1991, Taliesin Jaffe started a voice-over portraying frog demons in the T.V. miniseries 3×3 Eyes.

After that, Jaffe lent his voice in several series such as Amazing Nurse Nanako, Street Fighter X Tekken Vita, Burn-Up Excess, and Kido Senshi Gandamu Yunikon: Yunikon no hi. His notable works are Spider-Man, Sagas of Sundry, Danganronpa 3, World of Warcraft, and Xenoblade.

Besides being an acting and voice-over actor, he is also well-known as a writer and director. Jaffe has also worked as a head writer on the dubbed version of the direct-to-video anime film Spirit of Wonder: China-San no yuutsu in 1992. Taliesin has also served on another direct-to-video anime movie Starship Girl Yamamoto Yoko. He also has a screenwriter of an English version of Amazing Nurse Nanako.

Taliesin Jaffe has also worked as the head writer of anime shows such as Chaotic Awesome, Hellsing, Romeo X Juliet, Monster, Hellsing Ultimate, and R.O.D. the T.V. He has first served as a voice director in the video game Street Fighter IV in 2008. Jaffe has also directed the anime movie Lord of Magna: Maiden Heaven in 2015.

You might also want to know about Hal Cumpston.

Taliesin Jaffe is currently single. Jaffe is now focusing on his career rather than being in a romantic relationship. Jaffe came out as bisexual on the show, The Wednesday Club in 2017.

You might also want to know about Kairo Whitfield.

Taliesin Jaffe is a well-known American actor, writer, screenwriter, director, and voice-over actor. He has done such a great job in his career since childhood. Till now, he has featured in more than 165 movies and series. He has done 165 films and series as an actor, 13 as a writer, and four as a director. Jaffe estimated net worth is around $3 million.