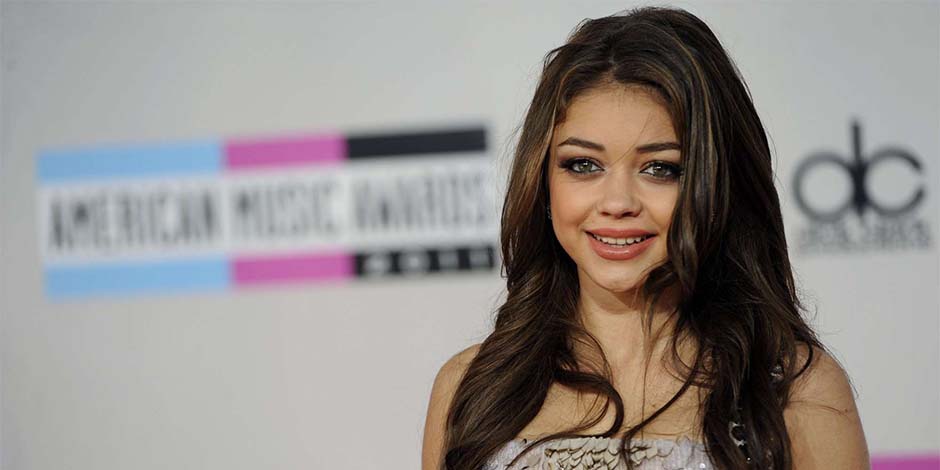 They will always try to give everything to their children what they didn’t get in their childhood. The happiness that they see in the children’s faces is the biggest gift and achievement of their life. Parents always want to clear every hurdle that comes to the success of the journey of the children. And when interests of the parents and children meet it’s a jackpot for happiness.

Sarah Hyland is also the girl who gets full support from their parents for her dream. She also hit the jackpot by getting the opportunity to learn every interested skill fa a small age. It’s because she became part of the same field in which her parents have lived. People know Sarah for her appearance in the situational comedy “Modern Family”, ” Grey Garden”, “Private Parts” and “Annie.” Her successful on-screen flourishing is the result of her utmost determination and full-fledged supporting her parents.

Melissa Canaday gave birth to Sarah in Manhattan, New York, United States on November 24, 1990. She is a professional stage acting coach. Likewise, his father is Edward James Hyland. He is also an actor in movies and theatre. Sarah has a young brother. He is none other than actor Ian Hyland.

Sarah Hyland is a well-trained dancer and singer. She started taking dance classes from the age of three. After four years of enjoying dance, she joined vocal training classes. She was also the art of “Reel to Real” at Lincoln Center. 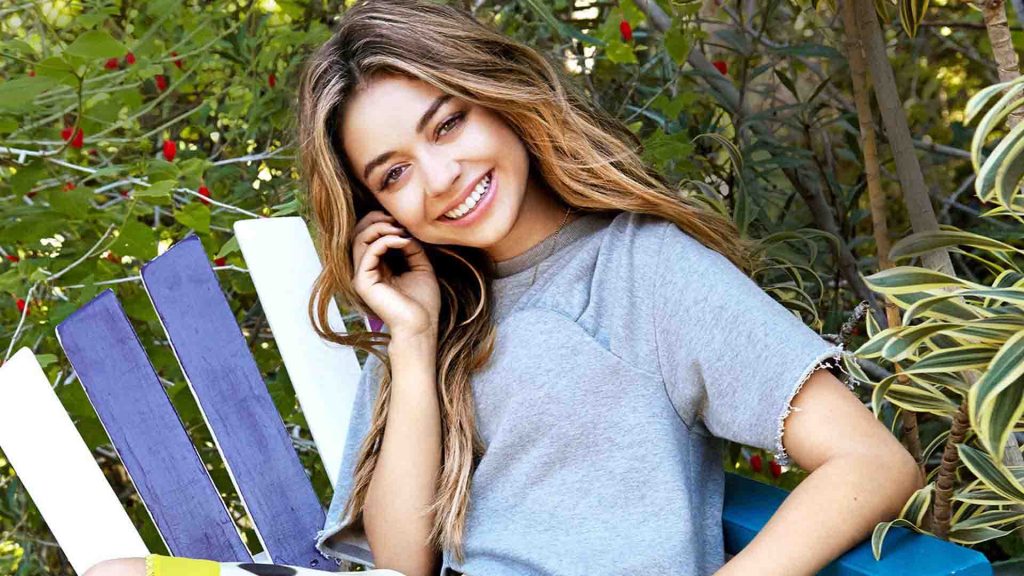 Despite all the dreamy world and her powerful experiences, she was internally fighting Kidney Dysplasia. She was diagnosed with the disease at a small age of 9. Her father donated his one kidney during kidney transplantation to her in 2012. But she had to undergo a second kidney transplant after her body started rejecting the kidney in 2017. Her brother Ian donated the kidney. She suffered from undiagnosed abdominal hernia and endometriosis.

Sarah Hyland received homeschooling until her grade two studies. Then she joined a public school for further education. She completed her graduation from “Professional Performing Arts School” in 2008. Sarah shifted to Los Angeles, California to focus on her acting career.

Sarah Hyland has been contributing in the entertainment field since the age of four. She has been part of the commercials and voice over from the small age. He did her film debut from the movie “Private Parts” in 1997. Then, she was part of the movies like “The Object of My Affection” in 1998 and “Advice from a Caterpillar” in 1999. She also appeared in a drama series “Trinity” in 1998.

Sarah Hyland succeeded in bagged a lead role in the situational comedy “Modern Family” in 2009. It was just after her arrival in Los Angeles. She was also part of “Haley Dunphy” in season 11. She portrayed the role of the eldest child “Dunphy.” Likewise, she was part of the movie “Geek Charming” in 2011. It was the production of Disney’s. The same year she did “Struck by lightning.” 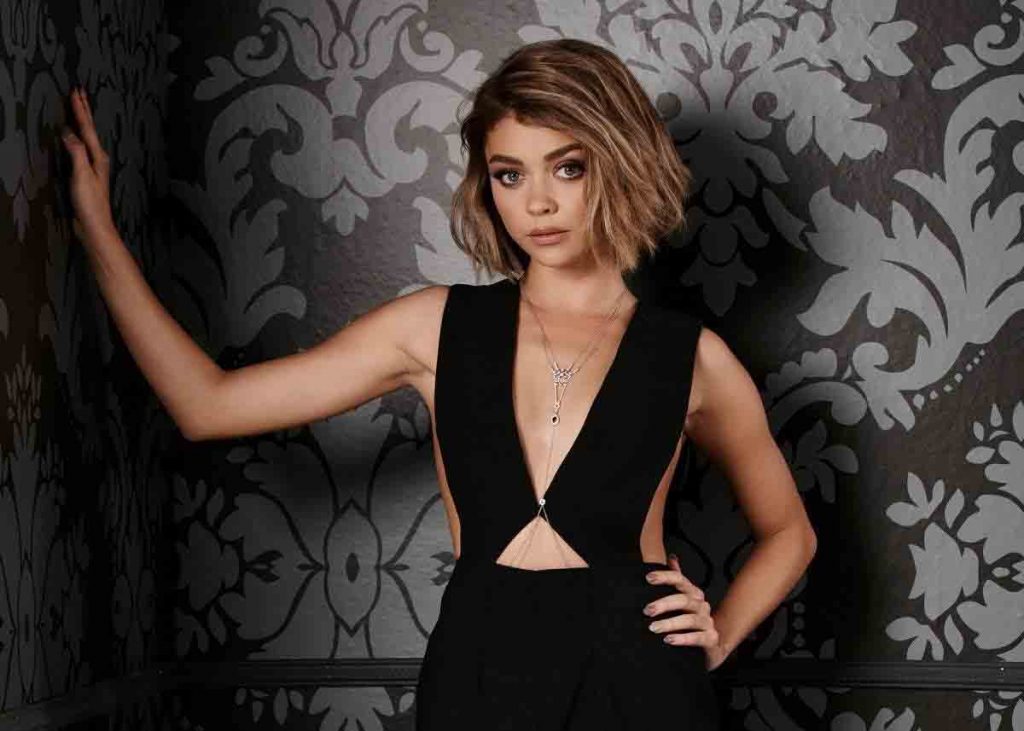 Moreover, she got the opportunity to become part of the franchise of the “Scary Movie” titling “Scary Movie 5” in 2013. After a year, she was part of the comedy-fantasy movie  “Vampire Academy” in 2014. It failed to win the hearts of the audience and critics. People even know Sarah for her powerful voice.

Sarah Hyland has lent her voice for “Randy Cunningham:9th Grade Ninja” from 2012 to 2015. She was also part of the sequel of the musical film “The Lion King” titling “The Lion Guard.” She has dubbed her voice for many movies. She was also part of the Netflix drama “XOXO” in 2016. Sarah was part of the romantic comedy “The Wedding Year” in 2019. She shared the screen with Tyler James Williams, who is also a rapper. Recently, Saraha has been seen as a guest judge in “RuPaul’s Drag Race All-Stars.”

Sarah Hyland has been pretty frank about relationships. She was in a relationship with Matt Prokop from 2010 to 2014. Sarah had met Matt during the audions of “High School Musical 3: Senior Year.” The couple shared the screen in the television movie “Geek Charming.” But the relation took a violent turn. Sarah got a permanent restraining order against Matt. Matt had physically and verbally bused Sarah a lot.

Then, Sarah publicly appeared multiple times with Dominic Sherwood. They were in a relationship for two years from 2015 to 2017. They shared the screen together in “Vampire Academy.” She began dating Wells Adams in 2017. They did engagement in July 2019. 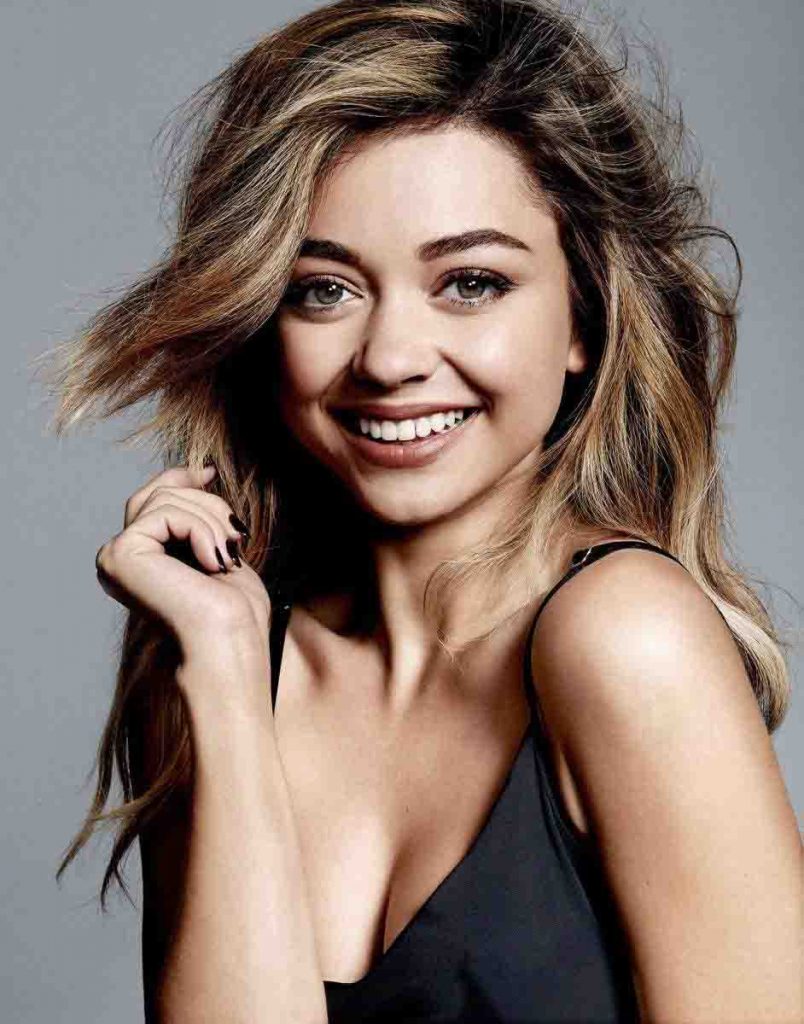 Sarah Hyland is quite active in social media platforms. She goes with the name of “@sarahhyland” on Instagram with 7.6M followers,  “@Sarah_Hyland” on Twitter with 1.4M followers and her face on age “Sarah Hyland” has 1.2 M followers.

Sarah Hyland has been part of the industry for more than two decades. She has been part of series, commercials, TV movies, and movies. According to the celebritynetworth.net, she has an approximate net worth of $14 million.

The full name of Sarah is Sarah Jane Hyland.  Her nationality is American and ethnicity is Welsh, English, Irish, German, Dutch and Scottish. She has an average height of 5 feet 1 inch with a complimentary weight of 46 kgs.