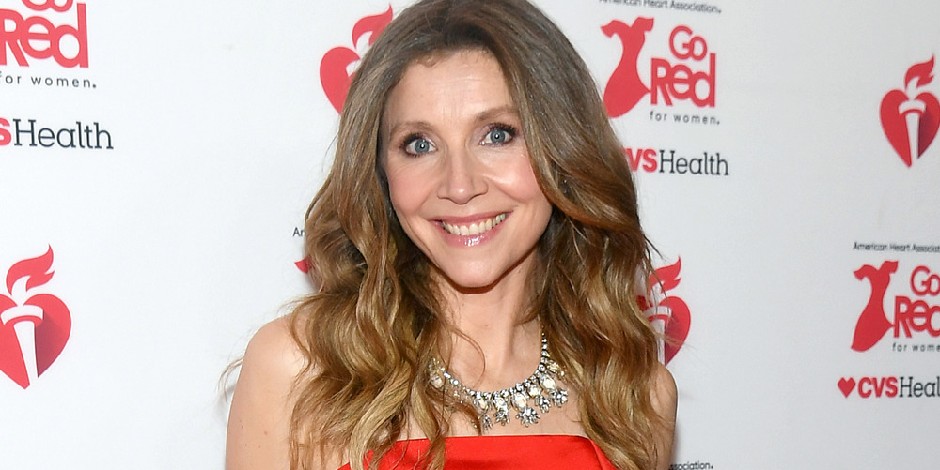 Sarah Chalke is a renowned Canadian actress and a model. She came into the limelight after appearing as Stella Zinman on the sitcom How I Met Your Mother, as Elliot Reid on the NBC/ ABC comedy series Scrubs, as Becky Conner on ABC sitcom Roseanne.

The Actress Sarah Chalke was born on August 27, 1976, in Ottawa, Ontario, Canada. As of 2021, Sarah has turned 45 years old. Chalke grew up in North Vancouver, British Columbia as a middle child of Douglas and Angela Chalke. Angela was from Rostock, Germany, due to which, Sarah got to spend time in Germany and attend the German high school in her hometown twice a week.

Her father, Douglas, is a lawyer and runs a child adoption agency with his wife. Sarah shared her childhood with two sisters: Piper Chalke and Natasha Chalke.

Sarah Chalke is an educated woman who completed her graduation from Handsworth Secondary School in North Vancouver and received a degree in 1994. Sarah further began her education and enrolled in a college, but she dropped out to focus her time on acting.

Sarah stands at 5 feet 8 inches from the ground level, 1.73m. Chalke has an hourglass body type with a weight of 62kg, which is 137 lbs. Sarah has a pair of blue eyes with dark blonde hair, and Sarah’s other body measurements are 36-26-37 inches, dress size is 6 UK.

How did Sarah Chalke start her career?

Sarah Chalke began her career as an actress and started working in 1992. Sarah has worked in numerous movies and TV shows, but she is mainly known for playing sitcoms. Chalke’s career took a turn when she portrayed Dr. Elliot in the TV series Scrubs in 2001.

Sarah gained huge followers and appreciation for her appearance in this series. Some of her famous projects are Roseanne, Firefly Lane, Dogs in Space, Friends from College, Roseanne, Backstrom, Cougar Town, and many more. Sarah has worked for many famous media such as NBC, ABC, and TBS.

Sarah did a voice acting in Rick and Morty as Beth Smith in 2013. Chalke will continue to work in the upcoming years. She worked as a producer in After the Reality and as a Soundtrack in Scrubs. Sarah also appeared in Hanes underwater commercial in 2008.

Sarah Chalke is a  mother of two engaged to Lawyer Jamie Afifi. Chalke’s father introduced her to Jamie as her father is also a lawyer. Together, Jamie and Sarah share a two-child named Charlie Rhodes and a daughter, Frances, born on April 28, 2016. Unfortunately, her son Charlie was diagnosed with Kawasaki disease at two.

Talking about controversy, Sarah is not involved in any controversial matter and can maintain her clean image in the industry.

Sarah Chalke makes a decent amount of money from her career as an actress. Sarah can uplift her net worth by working in several movies and TV shows. Chalke’s Net worth is estimated to be around $14 million.