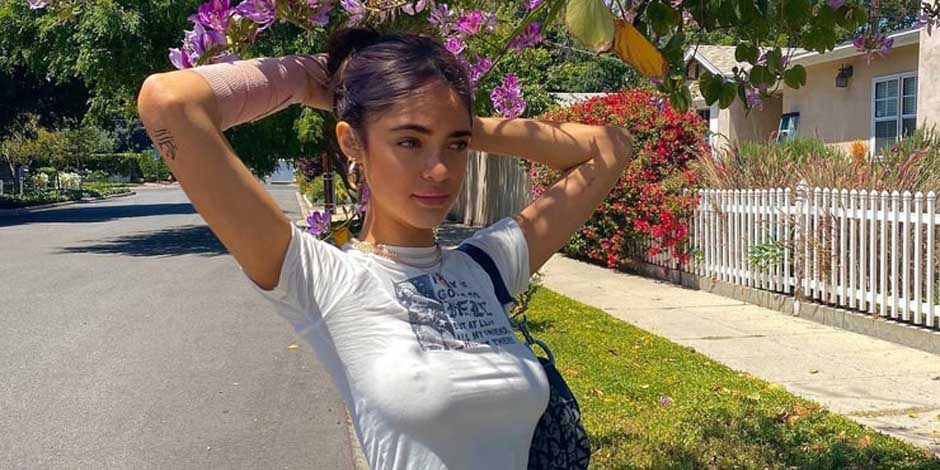 Luna Blaise is a well-known American actress, model, singer, and songwriter. Luna is exceptionally known for her character in the Fresh off the Boat TV series.

She has gathered such huge attention after her character in NBC’s Manifest and became famous worldwide. She also won the Young Artist Award for her incredible performance as Nicole.

Luna Blaise was born in 2001, on October 1. She was born in Los Angel es, California. Presently, she is 20 years old as of 2021. Luna is the daughter of Angelyna Martinez (Mother) and Paul Boyd (Father). Her mother is an actress, and her father is a famous director.

Luna Blaise was born with a birth name Luna Blaise Boyd. She was grown up with her brother River Boyd. Talking about her educational background, she has not disclosed it in the media. However, looking after her age, she might complete her higher-level education from the reputed University near her hometown.

Luna Blaise was very good at acting and performing from a small age. Luna’s parents were amazed when they discovered that she could recite complex dialogues easily. Luna’s parents began taking her to commercial auditions when she was five.

Luna started featuring in nationwide ads for reputed brands like KFC, Target, McDonald’s, Gap. She also did some child modeling work. Luna debuted with a cameo appearance in the movie Vicious Circle in 2009. Blaise appeared as Young Nina in the film Memoria and James Franco in 2013. After that, Luna has seen as the lead in the music video ‘Sweatshirt’ by Jacob Sartorius, featuring as his love interest.

Luna Blaise captured the role of Nicole in the TV series ‘Fresh off the Boat’ which skyrocketed her career and popularity in 2015. Luna got the character of Olive Stone in the TV series ‘Manifest’ in 2018. Blaise also published songs of her own through her YouTube channel. Luna has three pieces, Over you released in 2017, Camera Roll, which was released three years ago, and her third one, Secrets, which she released in 2019.

Luna’s songs are available in her Spotify profile and have thousands of views on YouTube. In addition, Luna acted in a short movie Detach, as Sophia, yet to be released. Luna also caught the role of Susie in We Are Gathered Here Today, which is in its post-production phase.

Luna Blaise has not disclosed her relationship status. Therefore, it is not confirmed yet whether she is in a relationship. Once, it was a rumor that she was dating an American singer and social media celebrity, Jacob Sartorius. Later, it was announced as a rumor that died down later when the pair never revealed anything.

Luna Blaise is a well-known actress, singer, model, and songwriter. She has done great work in her career and many more to come. Luna gathered such a massive amount of money through her career and lived a lavish lifestyle. Her estimated net worth is around $700K.

Check out some interesting facts about Celebrities Careers, Lifestyles, Relationships, Lifestyles, Latest Net Worth, Height, Weight, Age, and many more on Global Stardom.