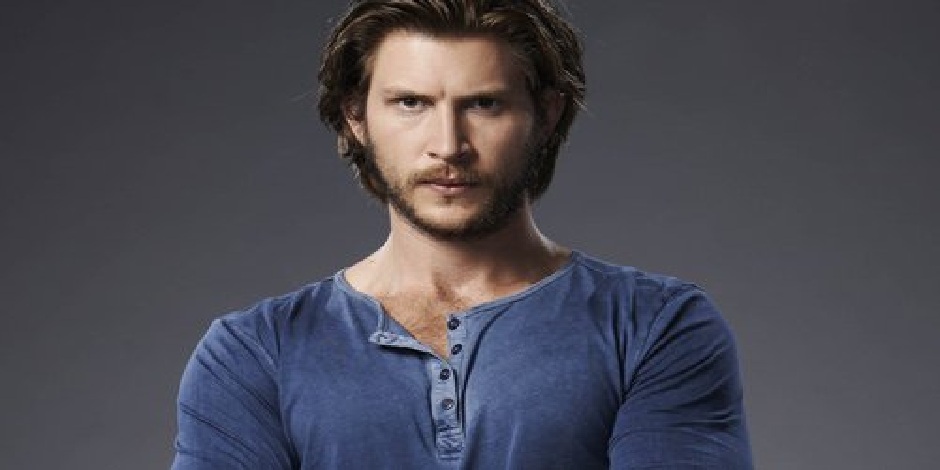 Holt was born on 30 September 1985 in Calgary, Alberta, Canada to mother, Nancy Stefancsik, and to father, Mike Stefancsik. He was raised by his parents in Salt Spring Island, British Columbia. Besides this, he is currently 35 years old with the zodiac sign of Libra.

Information regarding Holt’s educational background is not available online but it is known that he has completed high school. It is also known that he learned how to play the guitar and also formed a band and also performed on various occasions.

Greyston Holt and His Career

In the year 2006, he had numerous roles including the main role of Ray Prager Junior in the Canadian crime drama television series, ‘Durham County

Greyston gave his debut performance on television when he played a small role of the long-haired kid in the 2004 television movie, ‘Perfect Romance’ followed by the role of Gred in the homoerotic television horror movie, ‘Killer Bash’ and the miniseries, ‘Into the West’.

In between the years 2008 and 2012, he has appeared in numerous television series and television movies like ‘Nightmare at the End of the Hall’, ‘Seven Deadly Sins’, ‘Stargate Universe’, ‘The Killing Game’, ‘Once Upon a Time’, ‘Hannah’s Law’, ‘The Horses of McBride’, ‘Emily Owens, M.D.’, ‘Arctic Air’, ‘She Made Them Do It’, ‘Signed, Sealed, Delivered ‘, ‘The Christmas Secret’ alongside Frank Oz and Alison Araya, ‘All of My Heart’, ‘No Tomorrow’ and ‘A Puppy for Christmas’.

His most recent work came in the year 2020 when he played the role of Scott Wilke for three episodes of the horror anthology web television series, ’50 States of Fright’, the role of Aidan Cooper, Zane Gunther, and Max Cooper in the television movies, ‘Love is a Piece of Cake’, ‘A Very Country Christmas Homecoming’ and ‘Cross Country Christmas’ respectively.

He also played the role of Jack in an episode of the Canadian television drama series, ‘The Wedding Planners’ alongside Kaitlyn Leeb. Moreover, he is also said to appear as Brian Wolf in the upcoming movie, ‘A Wedding to Remember’ and the role of Glen in the American teen drama television series, ‘Riverdale’ alongside Sean Depner and KJ Apa.

Greyston Holt is in a romantic relationship with Canadian actress, Cristina Rosato. However, he has not been married yet nor does he have any children.

Greyston Holt holds Canadian nationality and belongs to Caucasian ethnicity. Information regarding his religion is not available online.

What kinds of Awards and Nominations has Greyston Holt Achieved?

What is Greyston Holt Current Net Worth?

The exact net worth of Greyston Holt is not known but it is estimated to be between $200000 to $1million.