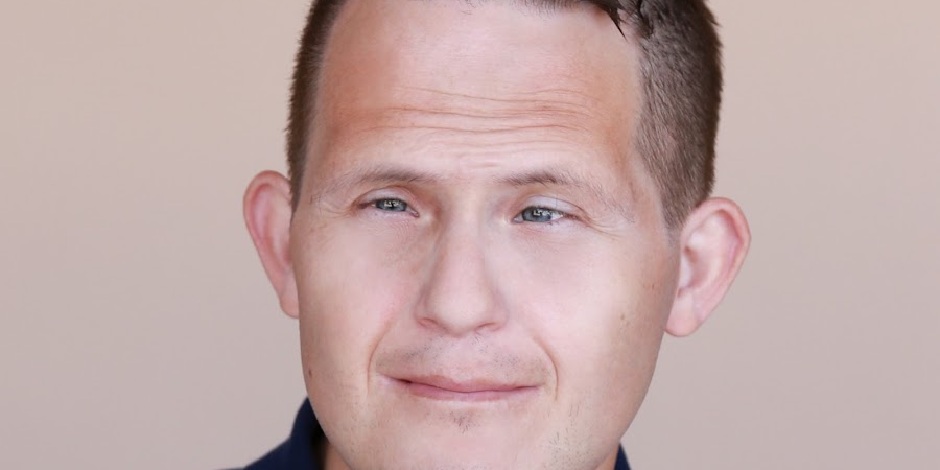 Evan George Vourazeris is an actor from America. He is popular for his contribution in the projects like “Ozark”, “Joy Comes In The Morning”, and “Never Go Back.”

Evan also earned an “Honorable Mention” for his performance as “Sherman The Lawn Boy.”

The birthplace of Evan George Vourazeris is Houston Katy, Texas. Evan shares his birthday on 6th November. The details about his birth year and parents are not clear. He has one sibling. Evan grew up with his elder brother.

He has shared in an interview that his parents were supportive. Her mother loved her the way Evan was. Both of his parents focused on the passion of Evan rather than thinking about his Down Syndrome.

Check out the latest updates on Fiona Loudon

Moreover, it was the opposite when it came to the behavior of his childhood school friends. He didn’t receive love and support from his parents. Instead, he became a severe victim of bullying. The serious bullying even caused him depression.

But Evan succeeded to spend a beautiful high school. His big brother was on the school football team. Although it was not possible for Evan to directly participate in the football team and score goals, his teacher of special education found a way for his indirect involvement. Evan became the water boy of the team, which Evan enthusiastically enjoyed.

Evan George Vourazeris completed his education at the “Katy Hugh School Tigers.”. He had received the camaraderie and fellowship for his education.

Moreover, he has taken acting classes from “The Next Actor Studio” in Houston, Texas. The name of his course is “Basic, On-Camera Acting.” It was during 2010 and 2012.

How old is Evan?

The realistic acting and innocent smile of Evan George Vourazeris are adorable. One really gets curious about his age time and again. But Evan has kept silent on his age. His age is still under review.

Check out the latest updates on Eva Birthistle

Evan George Vourzeris is popular for portraying the character of Tuck in season one and season two of the Netflix television series “Ozark.”  He knew about the character from his acting coach Mrs. Crystal Martinez.

Moreover, Evan was confident, excited, and nervous during the time of the audition. He did his best and returned home. His audition tape succeeded to grab the attention of Jason Bateman. Eva said to himself that he liked the way he gave his audition but his confirmation depended upon the production company.

And in no time he got from his talent agency that he got the role. Evan was happy and had happy tears. He immediately called his coach to share the good news. She was as excited as Evan for his selection.

Evan has also shared in the interview that the best part of the shooting was the time of breakfast. All the actors used to hang around and enjoy it together. He also got the opportunity of enjoying dinner and lunch during the odd days. Evan found the crew members were supportive, friendly, and jolly to work with.

But the journey was not a smooth one. Evan found the memorization portion quite tough. His acting coach was there to help him memorize for her role.

Does Vourazeries have Down Syndrome?

Yes, Evan George Vourazaries has Down Syndrome. Evan is open to speaking about it in the public. Evan takes it as his biggest obstacle. But he is determined enough to focus on his goals rather than getting stopped from any other elements in life.

Evan George Vourazeries is active on social media platforms. He goes with the name of “evangeorgevourazeris” on Twitter along with 473 followers.

Evan goes with the name of “evangeorgevourazeris” on Instagram along with 1,921 followers. He actively keeps sharing photos and clips about his personal and professional life.

Moreover, Evan had also shared a picture of staying in a hospital as a memory on 21st April, 2018. He had thanked his voice coach for staying by him for straight two nights just to make sure that he was alright.

There is a Facebook page “Evan George Vourazeris” that has 1.1K followers. All these accounts are not yet verified.

Check out the latest updates on Aleeza Goggins

There is not much authentic information that reports about the net worth, salaries, and properties of Evan George Vourazeris. We will update you about it in the coming days.