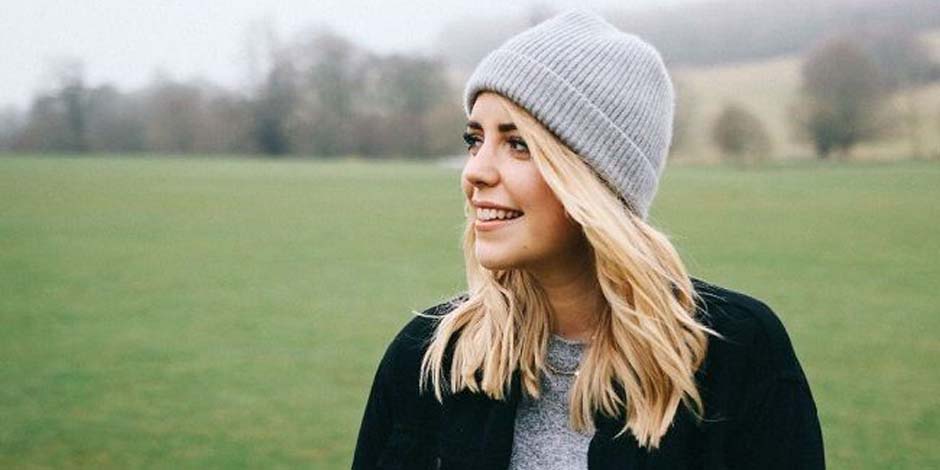 Emma Poppy Deyes, aka Poppy Deyes, is a well-known social media personality and Instagram star. She is best known for her lifestyle, food, and photography vlogs on her blog page.

She is also recognized for being the sister of the YouTube phenomenon Alfie Deyes, a social media star with more than a million Instagram followers.

Poppy Deyes was born on 1991, May 29, in Brighton, England. She is 29 years old. Her zodiac sign is Gemini. Her real name is Emma Poppy Deyes. Her nanny named her ‘Emma.’ Her actual nickname is Poppy which later became her online pseudonym. Her mother’s name is Amanda Deyes. She has a brother whose name is Alfie Deyes.

Her brother is a famous vlogging personality who has two youtube channels. In 2015 he was nominated for a Nickelodeon Kid’s Choice Award for Favorite Vlogger in the UK. She holds the nationality of British and falls on English ethnicity. Her zodiac sign is Gemini.

Emma Poppy Deyes is a well-educated woman who took an ‘Art Foundation’ course after her school. She went to ‘Kingston University and graduated in ‘Fine Art’ in 2014. She also spent a year in Central London and worked as an assistant in teaching an autistic child.

Emma Poppy Deyes is a woman in her late 20s but looks fit and healthy, just like a teenager. She has a pretty tall height and slim body. Unfortunately, she hasnt shared her physical information, including her height, weight, chest size, waist size, shoe size, dress size, and hip size. She has mesmerizing hazel eyes and blonde hair.

How did Emma Poppy Deyes start her career?

Poppy Deyes used to work in a burger restaurant before coming into fame. She was inspired by her brother and sister, social media star, and an  English Vlogger from a very young age. She has her own vlog page to write about her traveling journey, food, lifestyle, beauty, and fashion. She also uploads her photography on her blog page. She has good photo editing skills and writing rhythm.

Her vlog page includes attractive content such as travel diaries, shopping hauls, makeup tutorials, product reviews, and much more. Since she was already famous because of her brothers and sister, it wasn’t that hard for her to gain popularity, but we can’t deny that she is a hardworking vlogger who impressed everyone who read her vlogs. She also owns an online store ‘Poppy Deyes Prints‘ where she shares her amazing painting skills.

You might want to know about Sarah Rae Vargas

Poppy is in a romantic relationship with a popular Youtuber, Sean Elliott O’Connor. This duo is met through common friends, and eventually, their friendship flourished, and they began dating each other finally after about seven and a half years. She also teamed up with her boyfriend several times. They are dating since 2008. They both want a private life.

Poppy Deyes is obsessed with the striped pattern, and her wardrobe is full of striped tops and clothes. Her favorite destination is Moshimo. She loves to eat Kale Chips. She with her mothers run their own pug named Buzz.

What is Emma Poppy Deyes’s Net worth?

Emma Poppy Deyes makes a decent amount of money from her social media career. She is an Instagram influencer, blogger, and content creator working hard to make a successful career. Her net worth is estimated to be around $1.5 million. In addition, she has a lavish lifestyle.

Emma Poppy Deyes shows her active presence on social sites such as Instagram by the username @poppydeyes with around 1M followers. On Twitter, the username @PoppyDeyes has around 318.8k followers. She uploads sweet captions and her arts on her account. Her account is verified.