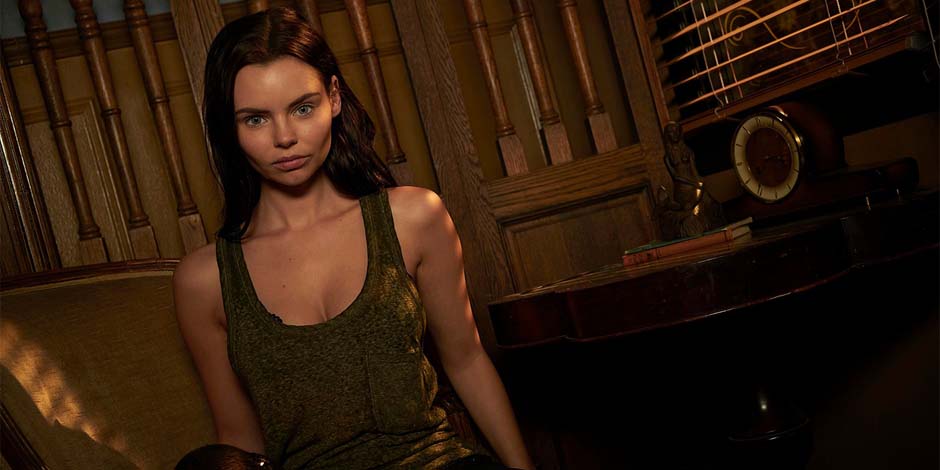 Eline Powell is a well-known British-Belgian actress. Powell is known for her role as Bianca in the colossal hit series Game of Thrones and “Syren 2” in King Arthur: Legend of the Sword.

Eline Powell was born in 1990, on April 12. She was born in Leuven and lived in Mechelen until she was fourteen years old. Later on, she moved to London, the United Kingdom. Eline is currently 31 years old as of 2021.

Powell is the daughter of Rudi Pauwels (Father) and Carine Claeys (Mother). Her father is a Belgian pharmacologist, and her mother is a Clinical researcher. Both her mother and father were the co-founders of the biotech company Tibotec.

Talking about her educational background, she has completed her graduation from the Royal Academy of Dramatic Arts in 2011 with a BA degree in acting. Eline has also learned about ballet dance, Hip Hop, Flamenco, and singing.

You might also want to know about Paige Mackenzie

Eline Powell has started her career from the short student movie named For Elsie playing the role of Mila, a mobster’s daughter who wants to learn the piano in one day directed by David Winstone. After that, she played the role of Angelique in Dustin Hoffman’s in 2012.

Powell has also appeared in the Italian drama film Anita B. directed by Roberto Faenza in 2014. Eline was praised for her role by her audience, and The Hollywood Reporter criticized her performance as “ineffective falling to convey any traces of the suffering her characters have endured.

You might also want to know about Raj Kundra.

After that, Eline has featured in two episodes of Game of Thrones playing the roles of Bianca, a young actress plotting to murder her rival in 2016. Powell has also played a small part in Novitiate and King Arthur: Legend of the Sword, published in 2017.

Eline Powell has also worked in the “Freeform” series Siren playing the roles of Ryn, a feral mermaid who comes to a small coastal village in search of her sister in 2016. For the part of Ryn, she has studied legends of mermaids and sea creatures to develop ideas for the mermaid’s body language. Eline was inspired by the accent of Icelandic singer Bjork for the mermaid’s speech.

Eline got an outstanding response for her performance in Siren. In addition, IndieWire says that “Powell’s ability to embody a being who is mainly a physical presence, yet fill it with wonder, fear, and menace without uttering a word, is magnetic.” She was also praised by The Tampa Bay Times for her performance as one of Siren’s biggest strengths.

You might also want to know about Christian Convery.

On the other hand, she was reviewed by Tv Guide, complaining that Powell looks weird, and her performance seems funny, as though she’s trying with all her might to pop her eyeballs out of her head through sheer will.”

Some of Eline movies and TV series are Stoner Express, Quartet, Private Peaceful, King Arthur: Legend of the Sword, For Elsie, The Fear, Game of Thrones, and Siren.

Eline Powell is currently single and focusing on her career rather than being in a romantic relationship. She has not also talked about her past relationship in the media. However, Powell has posted some pictures with a boy on her social media handle.

Currently, Eline has not been spotted with any man publicly. Powell has not mentioned her past relationship till now in the media.

You might also want to know about Charlie Tahan.

Eline Powell is a well-known actress. Powell has done such a great job in her career. Eline gathered such a handsome amount from her profession. Her estimated net worth is around $1 million. Powell adds some amount from ads, promotion, modeling, etc.

Check out some interesting facts about Celebrity’s Career, lifestyle, Relationship,  Latest Net Worth, and many more on Global Stardom.