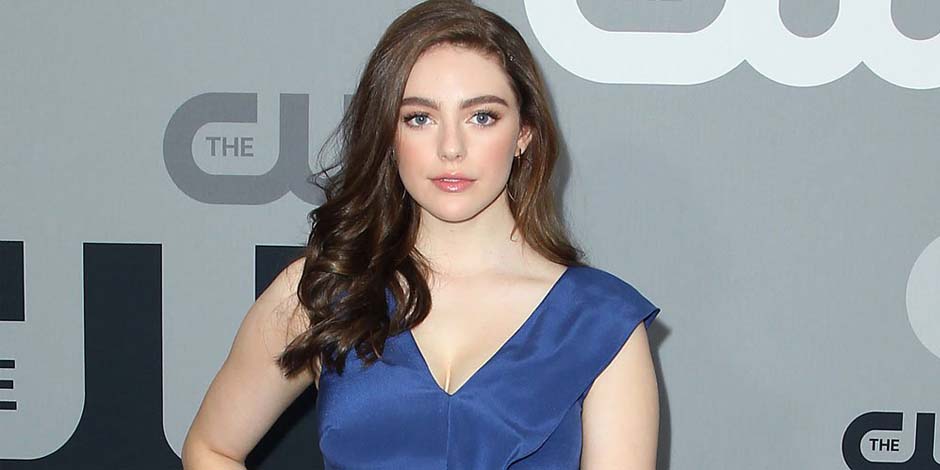 Danielle Rose Russell is a well-known American Personality who came into the limelight of the media after appearing in different movies and TVshows.

Russell is known for her portrayals as Grace in the movie Aloha and Hope Mikaelson in the Legacies series. Besides being an actress, Danielle is also an exemplary model who has thousands of followers on her social media accounts.

The actress Danielle Rose Russell was born on 31st October 1999 in Pequannock, New Jersey, the United States of America. As of 2021, Danielle has turned 20 years old. Russell has spent her childhood in West Milford, New Jersey, with her family and friends.

Danielle was born as a daughter to her father, Walter Russell, and mother, Rosemary Rado. Russell’s father is a singer, and her mother, Rosemary, is a former Rockette. Rado is also a choreographer at Holy Spirit School.

Danielle holds an American Nationality and falls on the White ethnicity. Russell’s zodiac sign is Scorpio, and she follows Christianity as her religion.

Danielle Rose Russell is a young and gorgeous lady in her early 20s. Rose stands at 5 feet 3 inches from the ground level. Russell has a slim body type with a weight of 53kg. Danielle has a pair of blue eyes with long brunette hair, and her body measurements such as chest size are 34 inches, waist size is 24 inches, hip size is 34 inches.

Danielle Rose Russell is a well-educated woman, and judging her age, she might be studying at a University unless she is college dropped out for some reason. Danielle completed her high school at Holy Spirit School, where her mother teaches dancing. Unfortunately, Rose had to complete her high school study online due to her hectic schedule.

How did Danielle Rose Russell start her career?

Danielle Rose Russell began her career as a model and later began her professional career as an actress. Danielle made her acting debut in 2014 from A Walk Among the Tombstones. After that, Danielle got massive appreciation from the series The Last Tycoon.

Her other projects are Wonder, Measure of a Man, Pandemic, Aloha, The Originals, etc. However, Russell’s career took a turn when she was offered series Legacies in 2018. After this series, Danielle gained substantial fan followings and supporters from all around the globe.

Russell has portrayed Hope Mikaelson in Legacies and worked in this series from 2018 to 2022. Danielle has appeared in more than 50 episodes of the series Legacies.

Danielle Rose Russell was nominated for the Teen Choice Award for Sci-Fi Actress in 2010 for her role in the series Legacies.

Danielle Rose Russell is very secretive regarding her personal life, and she hardly reveals personal details. Russell prefers to keep her personal life private, due to which there is very little information about her dating life. Rose hasn’t shared pictures with her close once, hinting at her relationship. On the other hand, Danielle might be probably single and dedicating her time to her career and studies rather than dating.

Talking about controversy, Danielle hasn’t been involved in any controversial matters or scandals until now and can maintain a clean image in the industry.

What is Danielle Rose Russell’s Net worth?

Danielle Rose Russell makes a decent amount of earnings from her career as an actress and a model. In addition, Russell can uplift her net worth by appearing in several movies and TV shows. As per some sources, Russell’s Net worth is estimated to be around $1 million. In addition, Danielle owns the house, cars, and another good fortune.