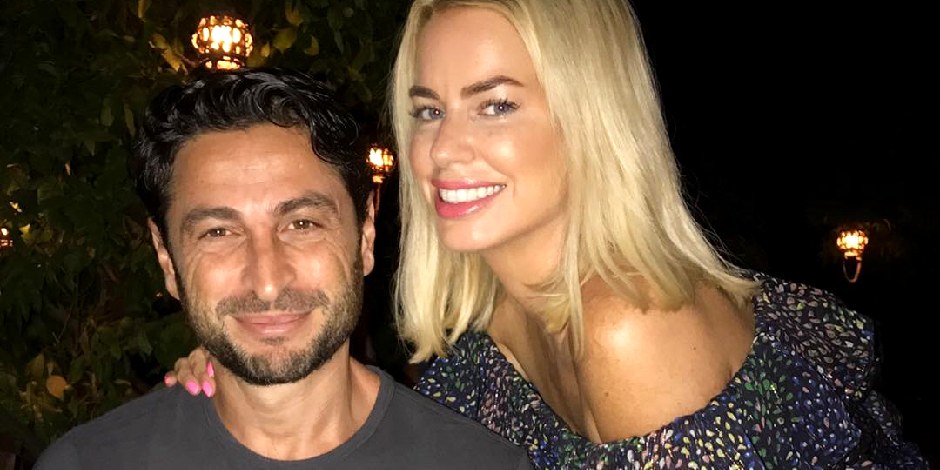 Cem Habib is a well-known Financier and partner at CIS Private Equity Management Limited. Cem is also renowned as the husband of Caroline Stanbury, who is famous as a fashion designer and star of the Bravo TV series Ladies of London.

Habib has also earned a tremendous amount of money from his career.

Cem Habib was born in 1975, February 21. He was born in Turkey. Presently, he is 46 years old as of 2021. Cem has not mentioned his parent’s details till now in the media. Talking about her educational background, Habib has attended American University at the Kogod School of Business. Cem has received a BA and a BS degree in International Business and Finance.

How did Cem start his Career?

Cem Habib started his career in 1996 with The Millburn Corporation. He has worked as a Marketing Executive from June 1996 to March 2000. Cem has also worked at Altedge Capital as a principal from 2001 to 2009. In August 2009, he started his work at a European firm called Cheyne Capital. During Cheyne Capital, Cem worked as a partner of the company.

After Cheyne Capital, Habib joined an Investment bank in Kazakhstan and worked until six months. Later on, Cem landed his steps into the SB Group (UK) LLP in Dec 2010. From December 2010 to April 2014, Cem has worked as the CEO. Cem Habib has also worked in CIS Private Equity Management Limited. Cem has also served on the Board of Directors of the Company.

Caroline Stanbury has begun her career from the character of public relations professional wherein she attained sufficient reputation for herself serving for London’s most outstanding elite group. Caroline also got this character after she completed her schooling. Later she started her business journey by founding “The Gift Library of Caroline Stanbury,” known as online luxury goods selling firm either for gifting or personal purposes, in 2008.

Caroline Stanbury has received such great success amongst the targeted group consisting of customers. However, later she has to go through with the consequences because of the start of three additional branches within five years wherein the number of staff she controls too reached over fifty.

Caroline Stanbury has also worked in the wedding industry by obtaining “The Wedding Shop,” known as an independent wedding list service of the UK, in 2013. In 2014, she was engaged in a reality television show called Ladies of London, produced by Bravo.

Who is Habib married to?

Cem Habib is a happily married person. He has exchanged his vows with his long-term girlfriend, Caroline Stanbury. The duo tied a knot in 2004 in London. Cem and Caroline have such a great bond. The couple has three kids named Aaron Habib, Zac Habib and Yasmine Habib.

Habib has not mentioned his past relationships, but his wife has had several affairs in the past. Caroline has dated Hugh Grant, Ryan Giggs, and Prince Andrew.

Cem Habib is a renowned businessman and financier. He started his career after his graduation. Cem has also worked in different companies and has gathered such a handsome amount of money through his profession. Cem’s approximate net worth is around $50 million.