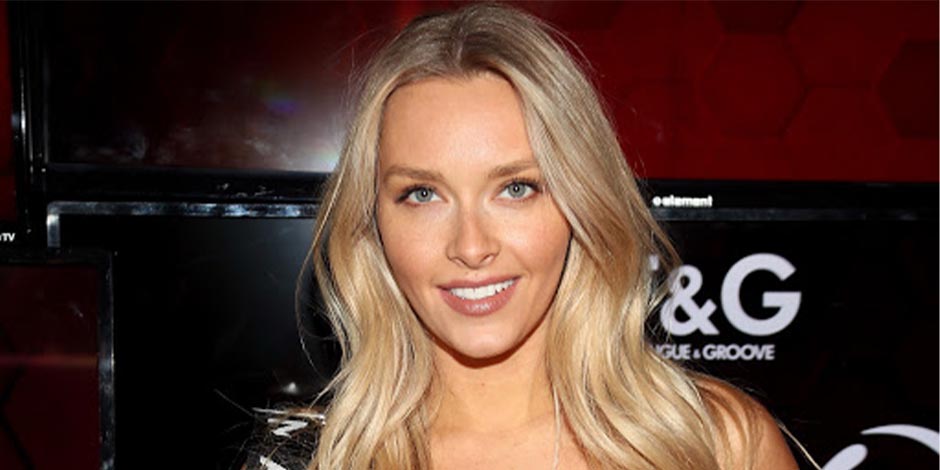 Camille Kostek is a stunning American model who is also an actress and a camera host. She first came into prominence after she worked with Reebok. She gained further recognition after working with and appearing on the “Sports Illustrated Swimsuit Issue”. She was featured on the cover of its 2019 edition. She has also worked for several other brands like Equinox fitness and Benrus. She has also released her own line of clothing.

She is considered an American Bombshell and a sex symbol due to her charming looks, blonde hair, blue eyes, and voluptuous figure. She was in the list of Maxim’s Hot 100 sexiest women in 2019.

Camille Kostek’s full name is Camille Veronica Kostek. She was born to parents Christine and Alan Kostek on the date of February 19, 1992, in Killingworth which lies in Connecticut. She has three siblings, namely, Julia, Tommy, and Alina. She is the eldest of the siblings. Her father was a general contractor and her mother was a gym manager.

Camille loved dancing and started taking ballet classes at the age of three. She trained at Broadway Dance Centre in NYC. She graduated from Haddam-Killingworth High School. While in the school, she was the captain of the lacrosse team and she was also a cheerleader.

She also hosted the broadcasting program at her high school. 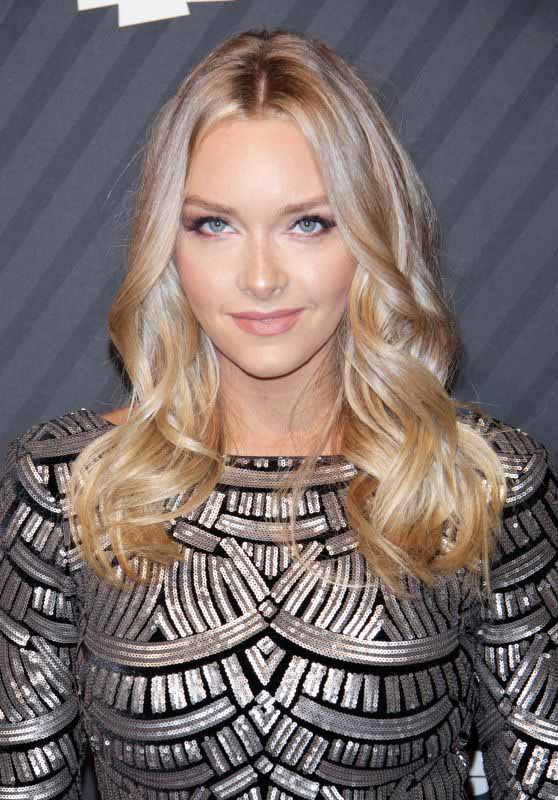 After high school, she went to Eastern Connecticut State University where she majored in Communications and minored in Business. While in the university, she joined the dance squad and she worked as a barre instructor and also appeared as the anchor for their network show called “TV22”.

Nationality: Kostek is of American nationality.

Descent: Kostek is of Irish, Jamaican, and Polish descent.

At the age of 19, Camille Kostek started her career with professional cheerleading. She was the cheerleader for the team Hartford Colonials and they played in the United Football League.

She was a junior at university when she made it to the list of New England Patriots Cheerleaders. She was on the cover of the annual Swimsuit Calendar in 2014. She traveled to China as their ambassador and she was involved in youth cheerleading clinics. She has also appeared as the spokesperson for the team. She retired from cheerleading in 2015. Her last performance took place at the University of Phoenix Stadium.

Camille Kostek co-hosted many programs for ABC, FOX, and CBS. In 2015’s “The Rhode Show”, she appeared as an anchor.

From 2016 to 2017, Kostek worked as a reporter for NESN and covered sports and travel.

She has also hosted and been an on the spot reporter for many events like the Super Bowl, NHL, South southwest, and Levitate Music Festival. She has also hosted shows on the radio station SiriusXM. She also worked for Maxim and Sports Illustrated.

She first appeared as a model in 2013 via TV commercials for Ciao Bella. The commercials aired on several channels like MTV, E! News, and VH1.

In 2015, she signed to a modeling agency based in Boston. Later, she went on to become the brand ambassador for companies like Dune Jewellery and Equinox fitness to name a few.

Early on in her career, she appeared in advertisements for brands like New Balance, Rebag and Nissan. She could also be seen on covers of magazines like Ocean Drive and BELLA.

She was on the runway for the Kittenish line of clothing for their Spring/Summer collection of 2019. 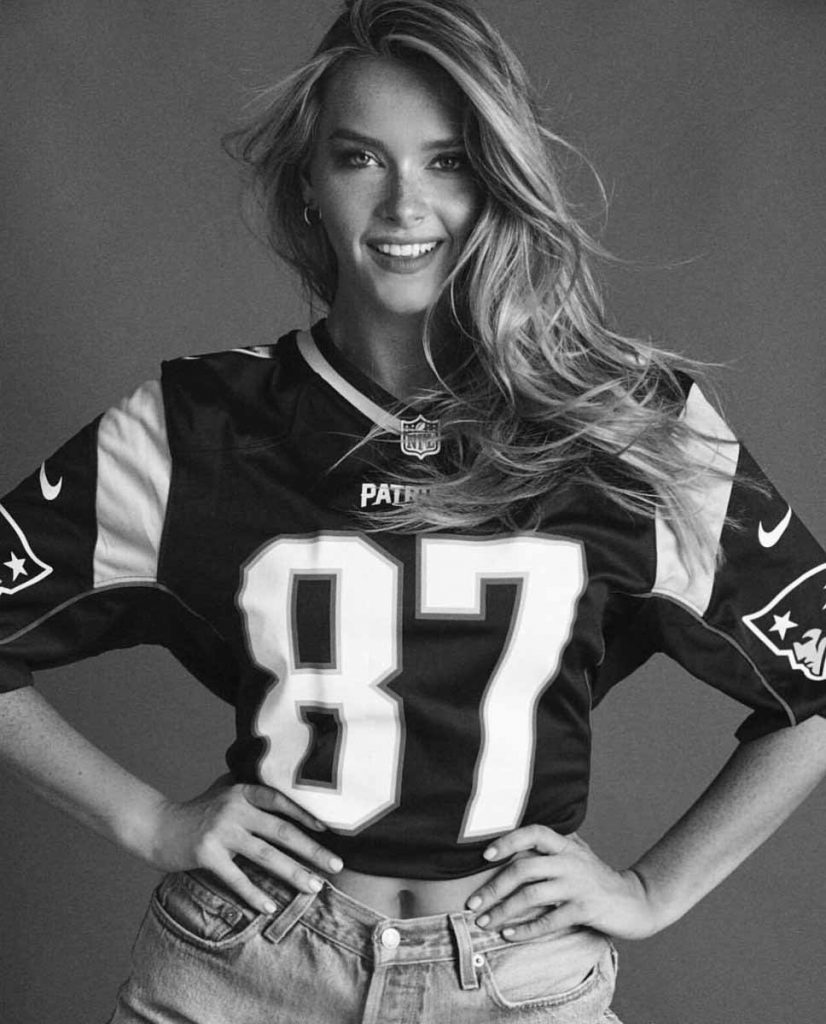 Camille Kostek is one of the major models for Reebok and appears on advertising for them. She has also done advertising for PureMove Bra and has appeared on campaigns for Amazon storefront.

Things however weren’t easy for Kostek as the modeling agencies didn’t consider her tall or skinny enough. This made it difficult for her to get deals.

In 2017, when Sports Illustrated Swimsuit Issue was conducting open casting calls, she sent her video to them. After which she was able to walk the runway at a show in Miami Beach in July.

In August, she had her first photoshoot for the magazine. The photoshoot was done by Yu Tsai.

Kostek made the pick and was selected from about five thousand people that had participated. She appeared in the 2019 cover. For the issue, she was photographed by Josie Clough.

She made a cameo appearance in the film titled “I Feel Pretty” in 2018. It was her first film appearance. She is to appear in a supporting role in the film “Free Guy” alongside the talented actor Ryan Reynolds which is set to release in 2020.

Camille Kostek loves dancing and her catchphrase “Never Stop Dancing” has made waves on social media. She also has a clothing line and jewelry based on this phrase.

Kostek has been in a shaky relationship with Rob Gronkowski since 2015. Gronkowski is an American football player. 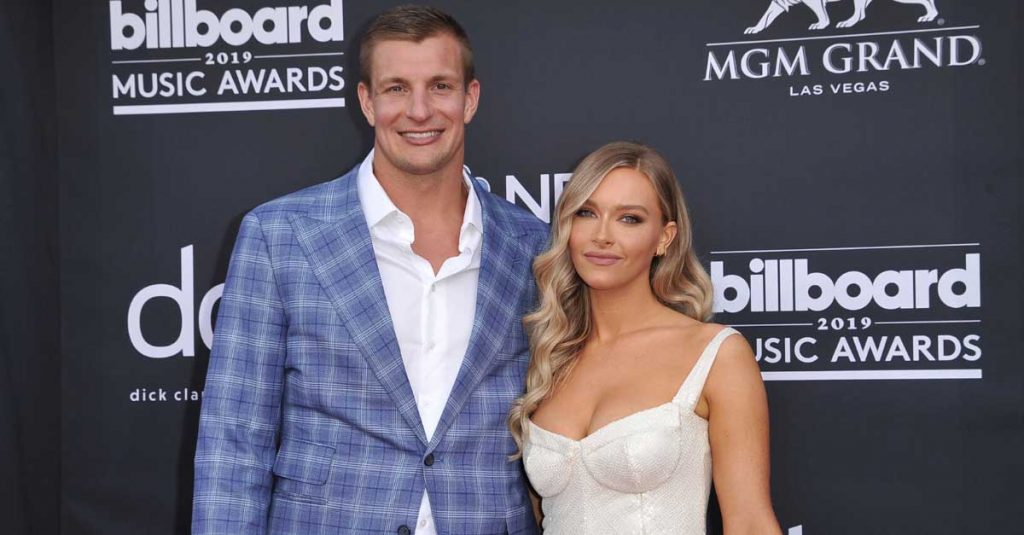 This beautiful multi-talented model has been active in the industry since 2015 and has amassed an estimated net worth of US$ 100,000 to US$ 1 million.