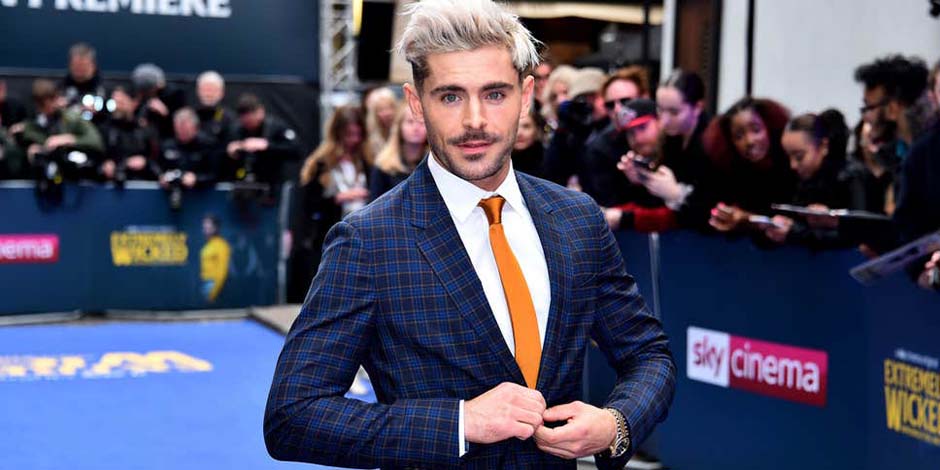 Zac Efron is an American actor/singer who started his career in 2002. He is best known for acting in the “High School Musical trilogy” as the character named Troy Bolton. His game further increased after he appeared in films like “Neighbors,” “Baywatch,” “The Greatest Showman,” and “Scoob!”. Zac has also sung for soundtracks in the “High School Musical trilogy” and “The Greatest Showman.”

Zac Efron’s full name is Zachary David Alexander Efron. He was born to parents Starla Baskett and David Efron on October 18, 1987, in San Luis Obispo. Zac and his parents later moved to Arroyo Grande. His father is an electrical engineer, and his mother is an administrative assistant. They worked together at the same plant. He has a brother named Dylan. He grew up in a middle-class family, and his family didn’t follow any religion. He loved studying as a kid and was also a class clown. His drama teacher recommended him to an L.A. agent, and he soon after signed with Creative Artists Agency.

In 2006, he completed his high school education from Arroyo Grande High School. He later went to the Conservatory of the Performing Arts in California. 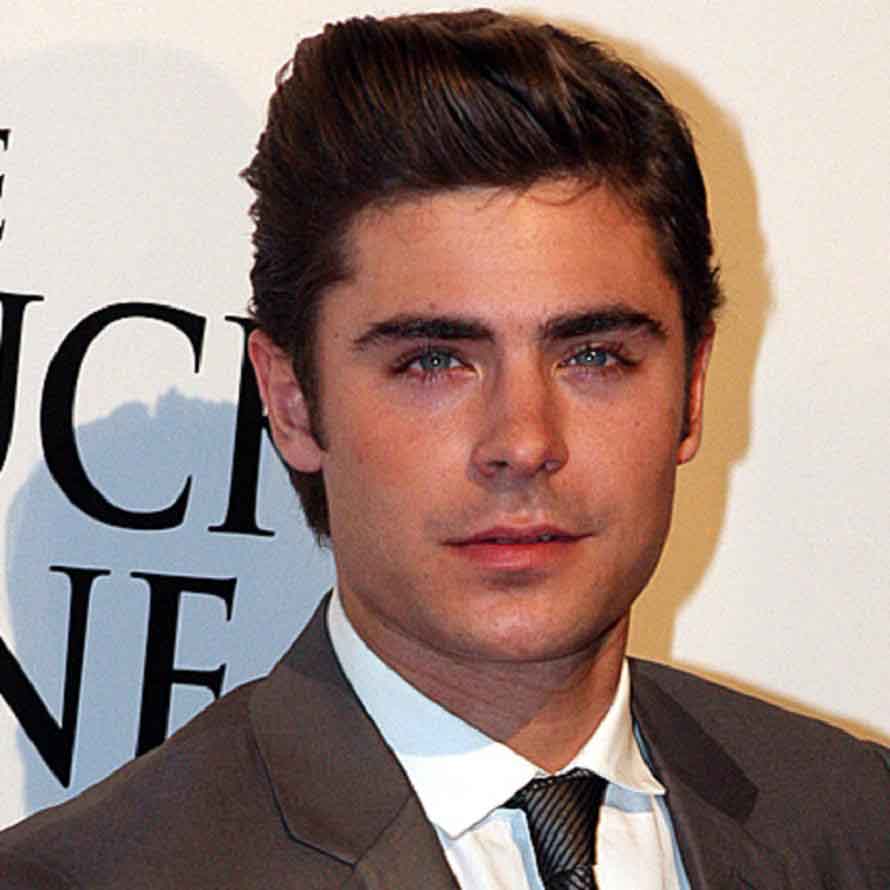 Zac started his career in 2002 with the T.V. series “Firefly.” He played the role of a younger version of Simon Tam in the episode titled “Safe.” The following year, he acted as Pete Lemke in the television film titled “The Big Wide World of Carl Laemke.” The same year, he worked as Bobby Neville in an episode of “E.R..” In 2004, he appeared in two T.V. films, namely, “Miracle Run” and “Triple Play.” From 2004 to 2005, he appeared in “Summerland” and played the role of Cameron Bale in 16 episodes.

From 2009 to 2016, he voiced several characters in “Robot Chicken.” In 2019, he voiced the main character of Gary in “Human Discoveries.” In 2020, he appeared in his web documentary titled “Down to Earth with Zac Efron” in which he traveled around the world.

Zac Efron made his film debut in 2003 with the film titled “Melinda’s World” in which he played the role of Stuart Wasser. In “The Derby Stallion,” he acted as Patrick McCardle in 2005. In 2007, Zac played the character of Link Larkin in the romantic musical comedy titled “Hairspray.” The following year, he played the role of Troy Bolton in “High School Musical 3: Senior Year” and Richard Samuels in “Me and Orson Welles.”

A year after, in 2009, he portrayed the role of Mike O’Donnell in the comedy film titled “17 Again”. Efron played the title role in the movie “Charlie St. Cloud”. The film was based on the 2004 novel by Ben Sherwood titled “The Death and Life of Charlie St. Cloud”. In the 2011 romantic comedy titled “New Year’s Eve,” he acted in the role of Paul. 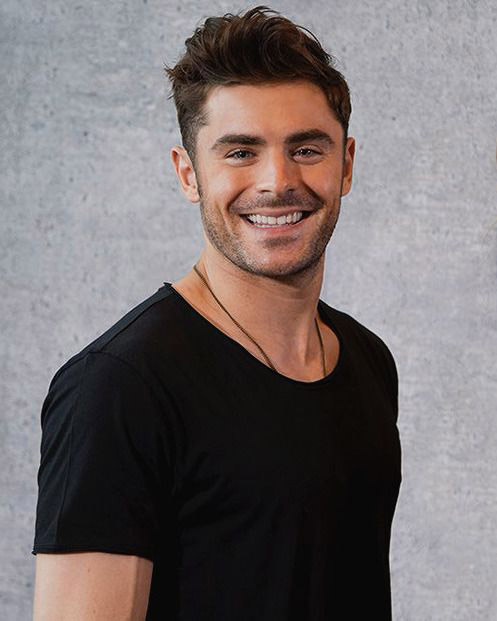 In 2012, Zac Efron made appearances in 5 films. He played the role of Nat in “Liberal Arts,” voiced Ted in “The Lorax,” acted as Logan in “The Lucky One” and portrayed Jack Jensen in “The Paperboy.” In 2014, he starred as Teddy Sanders in the comedy film titled “Neighbors.” The following year, he was an executive producer for “That Awkward Moment,” in which he played the role of Jason.

In the 2015 drama film titled “We Are Your Friends,” Efron starred in the role of  Cole Carter. The following year, he played Jason Kelly in “Dirty Grandpa.” The same year he acted in the role of Dave Stangle in “Mike and David Need Wedding Dates,” and he reprised the role of Teddy in “Neighbors 2: Sorority Rising”. He starred as Matt Brody in the 2017 action comedy movie titled “Baywatch.”

The same year, he appeared as Chris-R in “The Disaster Artist” and Phillip Carlyle in “The Greatest Showman.” He played Flicker in “The Beach Bum” and Ted Bundy in “Extremely Wicked, Shockingly Evil and Vile” in 2019. He voiced Fred in “Scooby!” in 2020.

Vanessa Hudgens and Zac Efron dated from 2005 to December of 2010. After this, Efron was in a relationship with Sami Miró from 2014 to 2016. There has also been a rumor of his relationship with Alexandra Daddario. They both were co-actors in” Baywatch.” Efron practices transcendental meditation as it helps to calm him down. He has been sober since 2013. 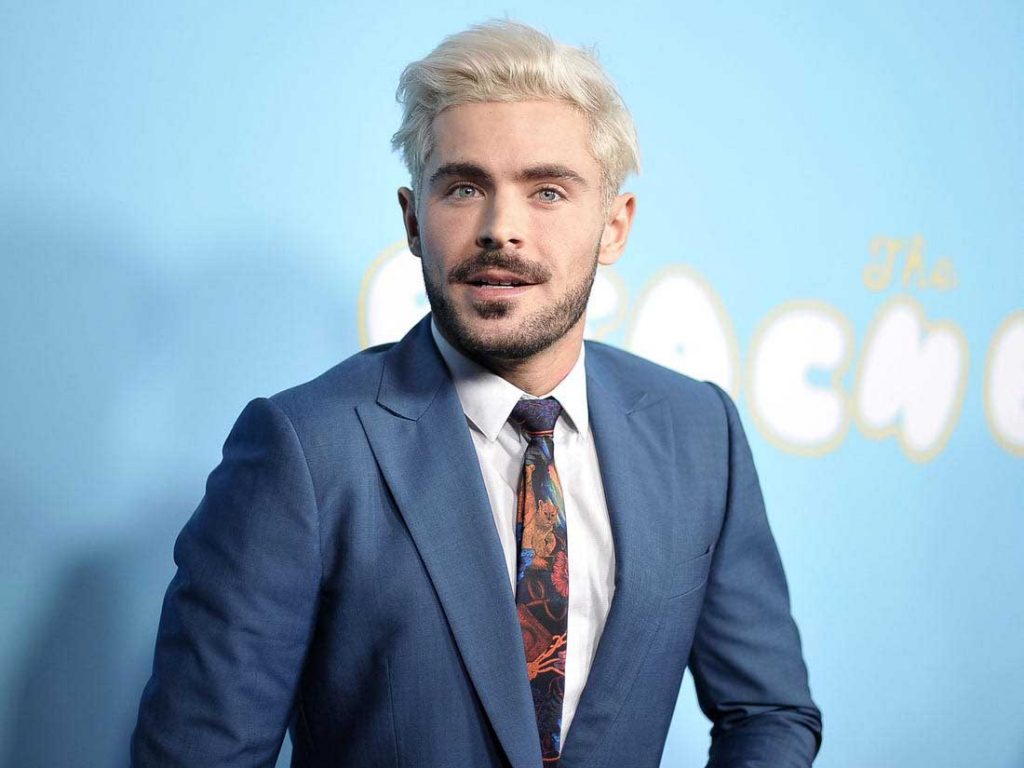 Zac Efron has amassed an estimated net worth of a staggering amount of US$ 30 million as of September 2020.