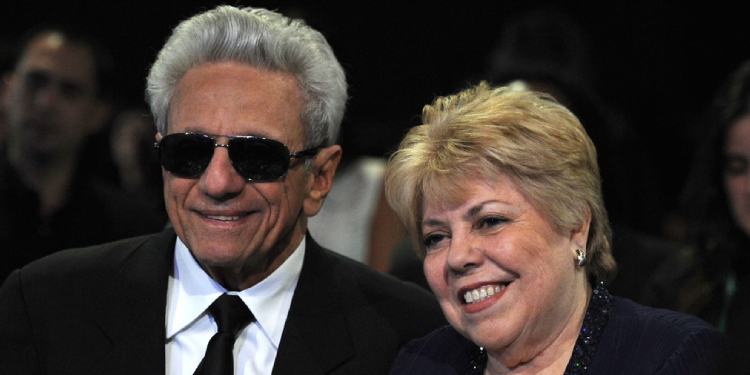 Who is William Mebarak Chadid?

William Mebarak Chadid is an author and Celebrity dad. He is the father of Sakira. His family is of Lebanese origin. His father’s name is  Alberto Mebarak Spath and his mother’s name is Isabel Chadid Baizer. His family moved to Barranquilla when he was five years old. He was born on September 6, 1932.  Mebarak was a very enthusiastic person from a very young age. He has Colombian, American nationality. His zodiac sign is Virgo.

William Mebarak Chadid has other 9 children from his first wife whom he divorced later. All of the siblings have a very good bonding with each other but Shakira is seen often with Tonino Mebarak, hence we can assume they share a good sibling bonding. Tonino has been with Shakira since the beginning of her music career.

Shakira was born on February 2, 1977. She is a famous Colombian singer who is even referred to as the Queen of Latin Music. She is also noted for her versatility in music. She made her music career debut at Sony music Colombia. Mebarak was very supportive of Shakira’s music journey. They had a very beautiful bonding.

Shakira says her father used to take her to show the children of her sleeping in the streets to make her aware and known about the poverty which was affecting the country. This impacted Shakira so hard that she vowed to help them someday in the future. This was the motivation that later on encouraged her to found the Fundacion Pies Descalzos which is also known as Barefoot Foundation. The foundation now serves more than 5000 children suffering from poverty worldwide.

You might also want to check out Jacqueline Dena Guber

Mebarak encouraged his child in every aspect of life. He believed Shakira was a genius from her birth. She was a special child who could read at the age of 3 and write poems at the age of 4. He even admitted not all the children born are geniuses and people need to have the courage to admit it. Shakira was very focused and determined toward her goal from her childhood period.

What is William Mebarak Chadid Profession?

William is a multitalented person who has done several jobs in his life. He has been very successful in running a business and building his brands by himself. He has worked as a journalist, health visitor, insurance agent, and a teacher of literature too. He is also a writer who wrote many books including the book about his daughter’s biography. He considers his daughter more like a friend. He left behind all his business and success to be with his daughter. He is an author by profession currently.

Before getting married to Nadia del Carmen Ripoll Torrado, William Mebarak Chadid was married to Lucila Mebarak. Lucila and Mebarak have 9 children together but unfortunately, one of his sons got killed in a car accident. Hid previous relationships aren’t specified much. After the divorce, he tied his knot with Nadia and the couple has been living happily since then. Nadia is a housewife and a painter as well.

What is the Networth of William Mebarak Chadid?

William hasn’t revealed his salary to the media. so his net worth is not specified but as of 2021, William’s daughter Shakira’s net worth is roughly around $300 million. Shakira performs various concerts, tours which can be regarded as her income source.