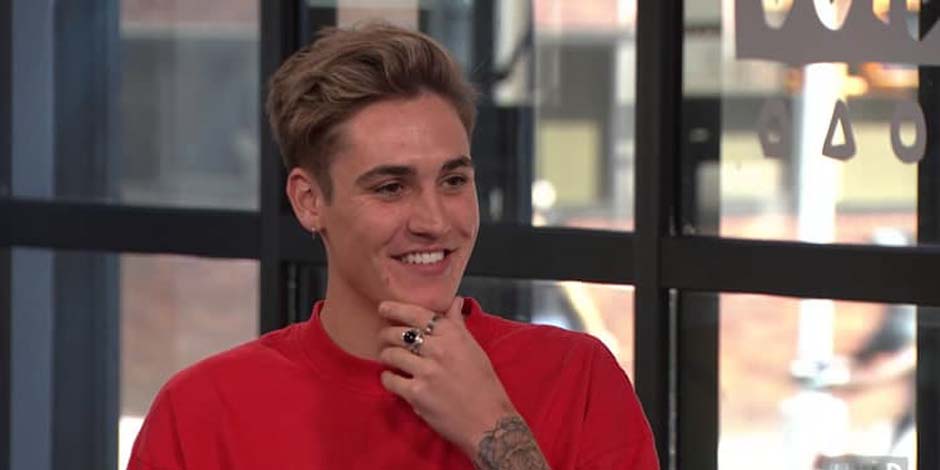 Sammy Wilkinson was born in 1995, on December 11. He was born in Omaha, Nebraska. Currently, he celebrated his 25 birthday in 2020. Sammy was born with the birth name Samuel Howard Wilkinson. Sammy is famous as Sammy Wilk or Sam Wilk on social media.

Sammy Wilkinson is the son of Lori Wilkinson (Mother) and Dave Wilkinson (Father). He was grown up with his three siblings name Annie, Emily, and Benny Wilkinson. Sam has also moved to Los Angeles, California. Talking about his educational background, he has attended Westside High school, located in Omaha, Nebraska.

Sammy Wilkinson is a well-known social media sensation, singer, songwriter, and entrepreneur. Sam has started gaining fame from the social media platform in 2013 through his Vine videos. Ha has also worked with acts including Jack and Jack and Nash Grier, and others.

Sammy has also uploaded videos with fellow vine star duo Jack Gilinsky and Jack Johnson. The duo Is famous as Jack & Jack, and they went on to gain immense fame on the net, starting with Vine. Sammy, along with Jack and Johnson, grew up with Omaha and hung around each other since Sam was 7 grade.

In 2014, the trio joined Jack & Jack onboard the MAGCON tour alongside other personalities such as Nash Grier, Cameron Dallas, Matt Espinosa, Shawn Mendes, Mahogany Lox, Taylor Caniff, Aaron Carpenter, Carter Reynolds, Jack Johnson, and Jack Gilinsky. Sam is also known as a singer. He writes and records music and then posts the videos on social media.

Sammy Wilkinson has started his YouTube channel in 2013, on March 16, and has gathered more than 200k followers within a year. Sam has also begun to release music working alongside Omaha-based artist Skate Maloley. Sammy has also worked together under the alias “Sammy & Skate” in 2014.

You might also want to know about Maui Chapman

Sam has also hinted at the publication of his first EP, which was about to be published in December 2015; it was postponed back in 2016. However, he published his first album in 2016, on April 22, named Ready for War. Sammy has also published the title track name Light up, in which Ky-Mani Marley has been seen.

Besides the YouTube channel, he has also run a clothing brand named WILK Collection, exclusively sold on the website and pop-up shops. Sam usually sells products like hats, hoodies, t-shirts, and others.

Sammy Wilkinson is currently single and not engaged in any relationship. Previously, he has dated a Brazilian woman named Emanuele. Sam has also dated Anastasia Karanikolaou, aka Stassiebaby, in 2016.

After a year, they got separated in 2017. Anastasia is also a well-known social media sensation who has gathered a considerable fan following on Instagram, Vine, and Twitter.

You might also want to know about Pilar Pellicer

In addition, he has gathered more than 4.4 million views with 66.4k subscribers on his YouTube channel and has also shared his email address for business contact [email protected]

Sammy Wilkinson is a well-known Instagram star. Wilkinson has done such a tremendous job in his career and many more to do. His estimated net worth is around $1 million. Sammy gathered some amount through promotion, campaigns, brand endorsement, ads, merchandise, and others.