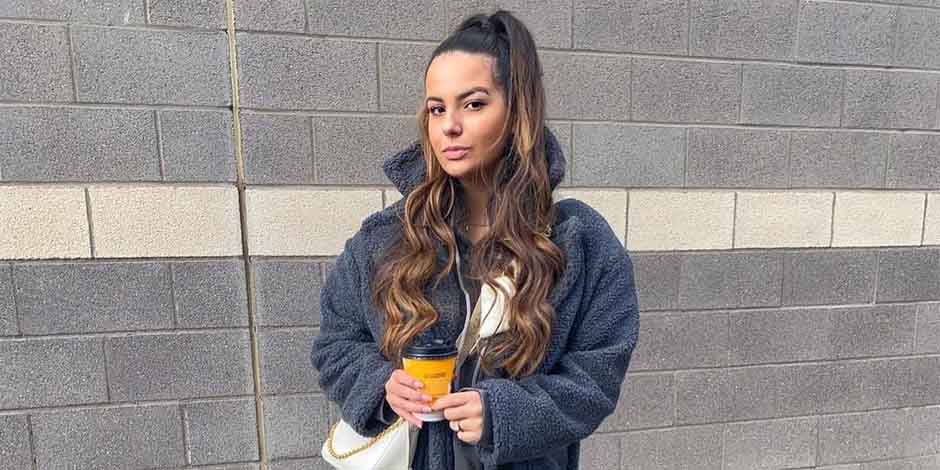 You might also want to know about Yasmeen Stafford

Nicole Corrales come into the world in 1997, on October 6. She has hailed from Sao Paulo, Brazil. Nicole is currently 24 years old in 2021. She is the daughter of Dr. Freddy Corrales (father) and Claudia Teixeira Yazbek (mother). Her father is a doctor, and her mother is a lawyer.

Nicole Corrales has grown up with her two younger sisters, Luiza Teixeira Corrales and Danii Corrales. Nicole also has a stepfather. She has completed her graduation with a major in life sciences and psychology from the “International Study Centre” of the “University of Sussex.”

Nicole Corrales started her social media career in March 2011. In the beginning, she started using “Twitter” and later engaged on “Instagram.” She usually posts videos and photographs related to fashion and makeup.

Nicole has gathered such a huge fan following through her Twitter and Instagram accounts. Looking after her success on Twitter and Instagram, she started blogging on a YouTube channel called “Keeping up with Nicole.” Corrales uploads videos related to hairstyles, hauls, makeup tutorials, skin-care routines, and others.

Nicole Corrales’s most popular YouTube videos are “What’s In My Baby’s Hospital Bag,” “Boyfriend Does My Voiceover,” and “What I Got for My Birthday 2017.” In addition, she has a joined YouTube channel with her boyfriend Casey Barker named “Nasty Family.” Their YouTube channel has dedicated to their daughter, Harlow.

You might also want to know about Connie Koepke

Nicole has also uploaded videos related to pregnancy, healthcare, and parenting for this channel. She has also talked about her life as a Brazilian living in England in many of her videos. Nicole and Casey have also shared most of their travel diaries, tag videos, and Storytime through their YouTube channel.

Corrales has also featured in the 2016 action-adventure flick “El Paletero” as “Chica Carro 3.” She has also promoted different brands like Lounge, Claire’s, Lidl, Very, Mamas & Papas, XLASH Cosmetics, Herbal Essences, PrettyLittleThing, Pregnacare, Vitabiotics, and many more. She has also started as the theatrical film featured as a Chica Carro in director Michael Benedick’s “El Paletero” in 2016.

Nicole Corrales also has a clothing brand. She used to sell branded clothing like Hoodies, T-shirts, Tank Tops, and others. She also has an online website.

Nicole Corrales is in a healthy relationship with Casey Barker. Casey met Nicole in the summer of 2014. After a few months, Nicole moved backed to Brazil. For more than 18 months, they were in a long-distance relationship. Later on, Nicole and Corrales officially went to the United Kingdom. They are their happy time with their family. Casey and Nicole engaged in September 2020.

Nicole and Casey have given birth to two children, one daughter and one son named Harlow Barker, born on August 8, 2017, in England, and the son landed in the world in October 2019.

You might also want to know about Amanda Landry

Nicole Corrales is a well-known social media personality. She has done such tremendous work as a social media star. Nicole has earned such a good amount of money through her social media career. Her estimated net worth is around $1 Million. She also collects some handsome amounts from promotion and endorsement.