Matthew McConaughey is a renowned and successful American actor and a producer who has been seen working actively in his career since 1991.

Matthew McConaughey, whose real name is Matthew David McConaughey, was born on 4 November 1969 in Uvalde, Texas, the U.S. as the son of his father, James Donald McConaughey’s mother, Mary Kathlene McCabe. His mother is a former kindergarten teacher and published author, where his father ran an oil pipe supply business. He has two brothers siblings whose names are Michael and Patrick. 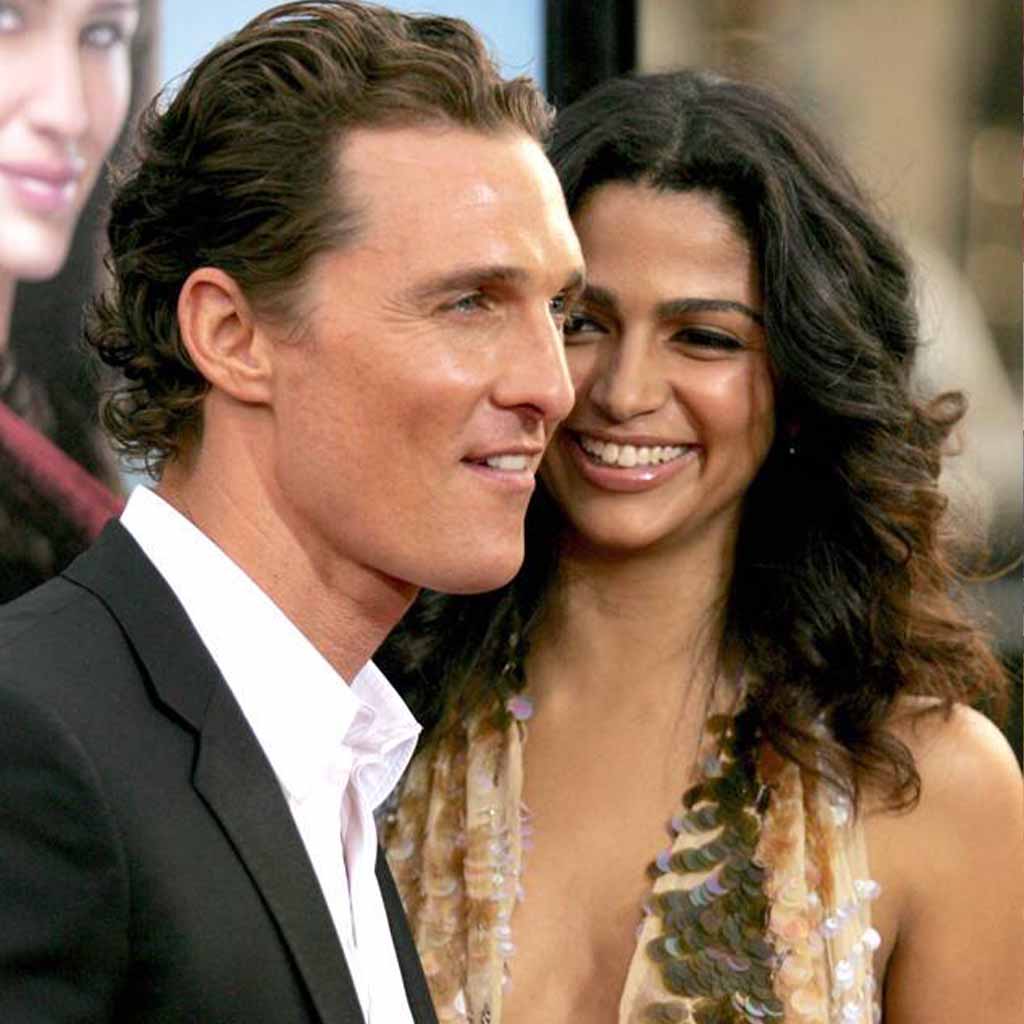 Matthew McConaughey holds an American nationality and belongs to white ethnicity, including German, Scottish, Swedish, Irish, Welsh, and English. He is currently 51 years old with a height of 5 feet and 12 inches (182 cm) and 82 kg. He had got light brown hair with blue eyes. As he was born on 4 November, his zodiac sign is Scorpio.

Earlier, Matthew McConaughey’s parents married three times where they had divorced two times. In the year 1980, he moved to Longview, Texas, where he joined Longview High School for education. Later, he went to Australia, where he lived for a year and attended Rotary Youth Exchange in 1988. Later, he joined the University of Texas at Austin, and then, in 1989, he appeared in Radio-Television University, where he completed his graduation in 1993 with a Bachelor of Science. Later, he wanted to join Southern Methodist University, but he didn’t.

Matthew McConaughey started his career by appearing in television commercials in the early 1990s. He was seen appearing in a music video, “Walkaway Joe,” as the boyfriend.

McConaughey started his professional career in acting after being cast as Larry Dickens in an American mystery documentary television show “Unsolved Mysteries” in 1992. He was seen providing his voice over the character Rad Thibodeaux is an American animated sitcom “King of the Hill” in 1999. In 2000, he was cast in HBO’s romantic comedy-drama television series “Sex and the City” in an episode “Escape from New York.”

Further, he provided his voice as a Narrator in “The Lost Dinosaurs of Egypt” in 2001. He was then seen hosting an American late-night live television sketch comedy and variety show “Saturday Night Live” in 2003. In the same year, he played various roles in the series “Freedom: A History of US.” Later, he was cast as Roy McDaniel in 3 episodes of an American sports comedy television series “Eastbound & Down” from 2010 to 2012. In 2014, he was cast as Rustin ‘Rust’ Cohle is an American anthology crime drama television series “True Detective,” He was also seen hosting the night live show “Saturday Night Live” in 2015. 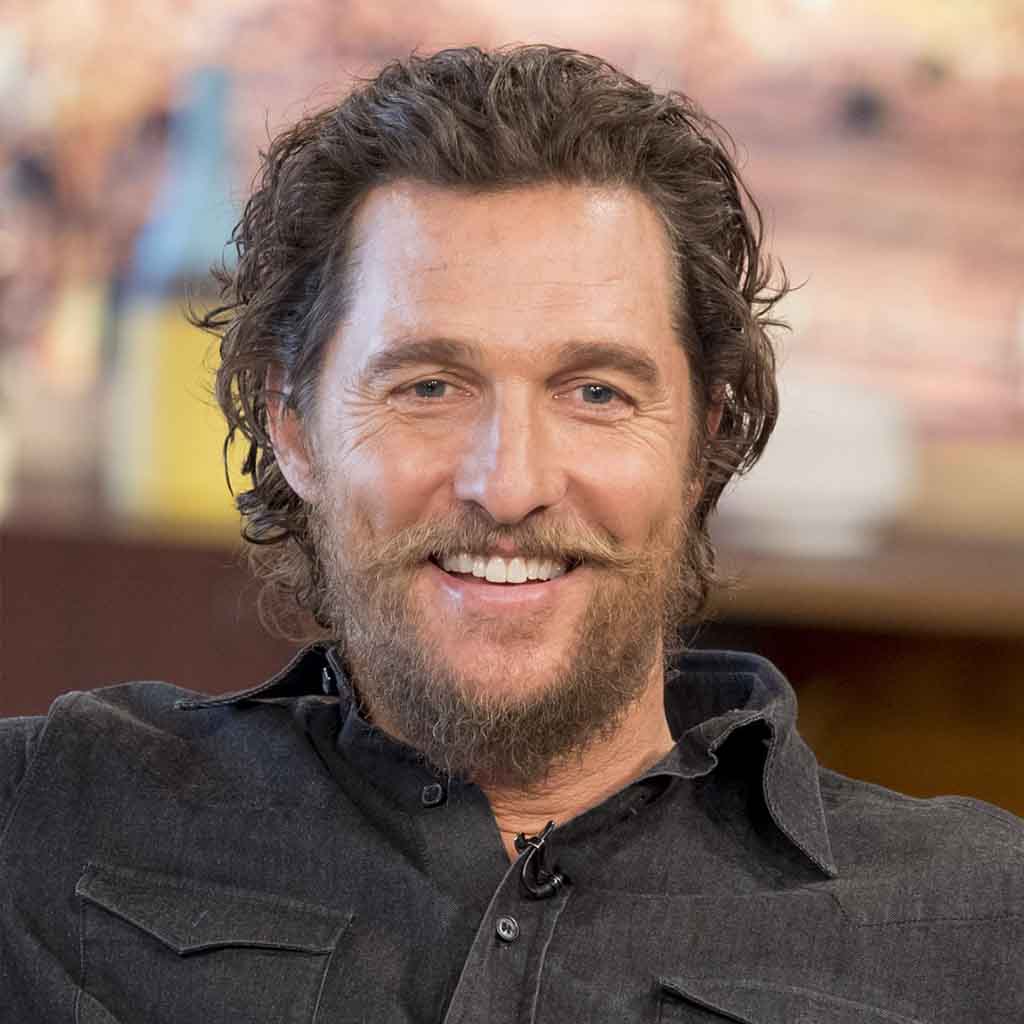 In the year 1992, Matthew McConaughey started his film career with the movie “Chicano Chariots.” He was cast in an American romantic zombie black comedy movie, “My Boyfriend’s Back,” in 1993. In the same year, he appeared as David Wooderson in an American coming-of-age comedy movie “Dazed and Confused.” Later, Ben Williams was seen in an American family sports fantasy comedy-drama movie “Angels in the Outfield.”

Likewise, he was seen playing the role of Vilmer Slaughter in an American movie, “Texas Chainsaw Massacre: The Nest Generation,” in the year 1995. Further, he was seen appearing in several movies like “Boys on the Side,” “Glory Daze,” “Scorpio Spring,” “Lone Star,” “A Time to Kill,” “Larger than Life,” “Contact,” “Amistad,” “The Newton Boys,” “Making Sandwiches,” “The Rebel,” “EDtv,” “U-571”, “The Wedding Planner,” “Frailty,” “Thirteen Conversations About One Thing,” “Reign of Fire,” “How to Lose a Guys in 10 Days” and “Tiptoes.”

In 2005, Matthew McConaughey was seen as Dirk Pitt in an action-adventure comedy movie “Sahara,” He was also an executive producer of the movie. In the same year, he voiced over Al Bean in a documentary movie “Magnificent Desolation: Walking on the Moon 3D”. After that, he was cast as Brandon Lang in an American sports-drama movie “Two for the Money.” Later, in 2006, he was seen appearing as Tripp is an American romantic comedy movie “Failure to Launch.” In the same year, he was also seen playing the role of Jack Lengyel is an American historical drama biopic movie “We Are Marshall.”

Also, he was seen appearing in several movies like “Fool’s Gold,” “Tropic Thunder,” “Surfer, Dude,” “Ghost of Girlfriends Past,” “The Lincoln Lawyer,” “Bernie,” “Killer Joe,” “Mud,” “Magic Mike,” “The Paperboy,” “Dallas Buyers Club,” “The Wolf of Wall Street,” “Interstellar,” “The Sea of Trees,” “Free State of Jones,” “Kubo and the Two Strings,” “Sing,” “Gold,” “The Dark Tower,” “White Boy Rick,” and “Serenity.” In 2019, he was seen as Moondog is an American stoner comedy movie “The Beach Burn,” and in the same year, he was seen in an American comedy movie “Between Two Ferns: The Movie.” After that, he was also seen appearing as Mickey Pearson in his co-produced British American action comedy movie “The Gentleman.”

In 2021, Matthew McConaughey will provide his voice over the character Buster Moon in an upcoming American computer-animated musical comedy movie “Sing 2”.

Besides this, he was also seen appearing in the music videos like “Walkaway Joe,” “Key West Intermezzo (I Saw You First,” and “Synthesizers.”

He had won 37 awards for his outstanding performance in his career and became the runner-up three times, and received nominations for 86 times. 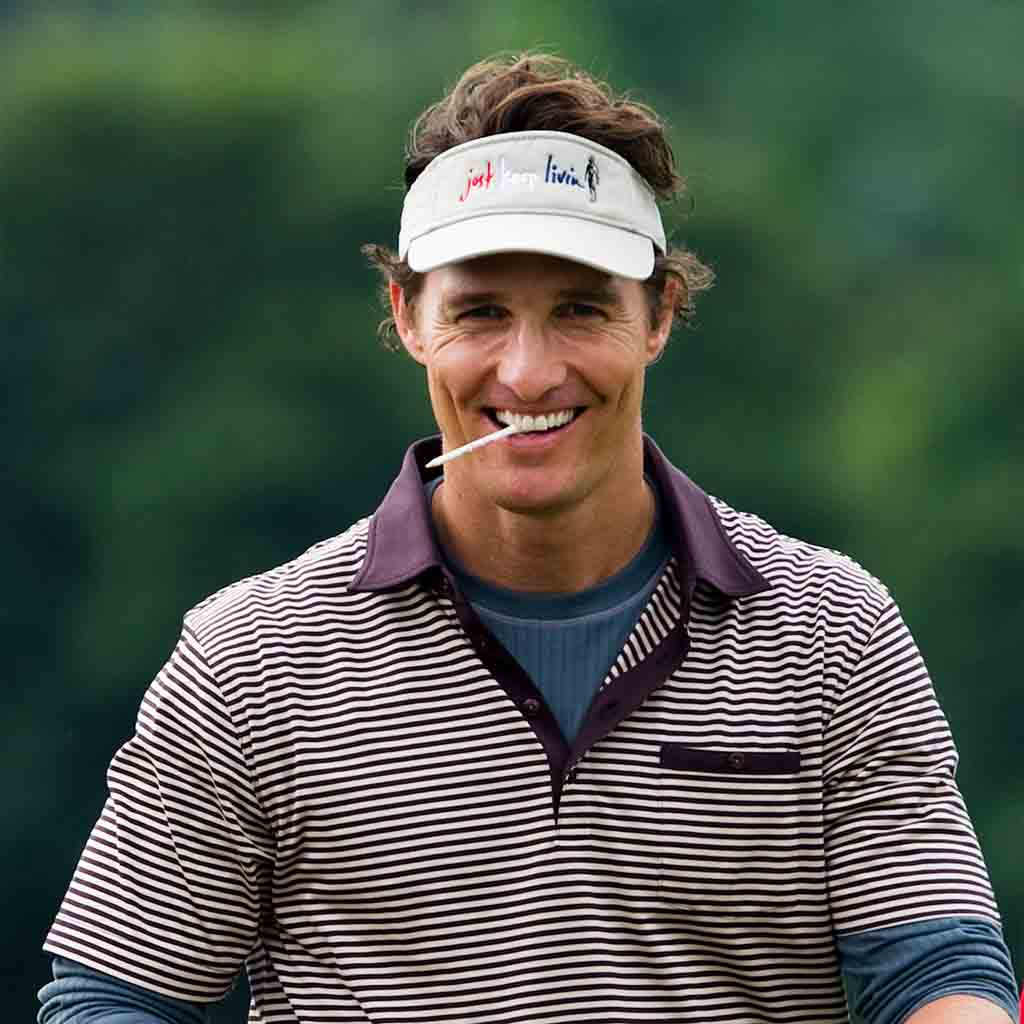 The estimated net worth of Matthew McConaughey is $100 million.