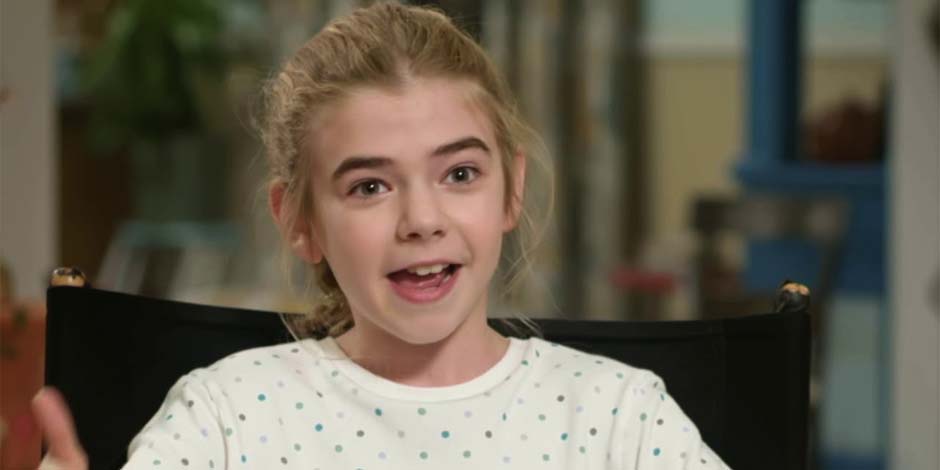 Matilda Lawler is a well-known American child actress. She is known for her character of young Kristen on the series Station Eleven.

Lawler has also featured in the Disney Plus film Flora and Ulysses, from which she got audience attention for her performances as Flora. In addition, Matilda Lawler has also appeared in The Block Island Sound and Good Grief.

Matilda Lawler was born in 2008, on September 8. She was born in California. Lawler is 12 years old. Matilda is the daughter of Matthew Lawler (Father) and Mara Lawler (Mother). Both of her parents are also from the entertainment industry background.

Matilda was inspired by her father’s theatre act, which led her to make a career in acting. One of her father’s popular shows is ABC’s The Family, in which he played the role of an FBI agent Gabe Clements. With her stunning performance, she has won a role in the upcoming TV miniseries Station Eleven.

Matilda Lawler was grown up with her elder sister. She is a rising actress who has been in the film industry since 2019; her acting is outstanding. According to the reports, she was just ten years old when she first debuted in 2019.

Matilda Lawler started her acting career in 2019.  She has debuted her screen from the TV series Evil playing the character of Brenda. Lawler has also appeared as Emily in the Horror –mystery film The Block Island Sound in 2020. After that, she played the character of young Nora in the short comedy film good grief, along with Stella Baker, Catherine Curtin, and Tracy Pollan.

Matilda Lawler has got such a massive opportunity at the early age of 12. Flora and Ulysses, a Disney+ original film, was a family-friendly superhero film with a lot of heart. She plays Flora Buckman in the movie, who discovers a superhero squirrel and name him Ulysses. The plot revolves around Flora and Ulysses ‘ adventure.  Matilda gathered such a huge fan following through her character as Flora which Lean Khan directed.

Matilda Lawler is currently single. Lawler is too young to involve in any relationship. However, Lawler has got enough time to think and learn about the relationship. Now, she is busy with her career as well as her study.

Matilda Lawler seems to have an estimated net worth of $200 thousand as of June 2021. She amasses her riches from her acting career. Matilda has played roles in films such as Flora and Ulysses and The Block Island Sound. In addition, she is set to play a role in the upcoming TV miniseries Station Eleven.

Matilda Lawler is just 12 years old and is still a high schooler. She currently lives with her family and is busy with her studies and acting.  Lawler is not a big fan of social media. However, she has a decent amount of fan followings. This talented teenager is active on Instagram, which has more than 4 thousand followers. She does upload pictures with her co-stars and close friends. Her parents monitored Matilda Lawler’s account since she is still a minor.