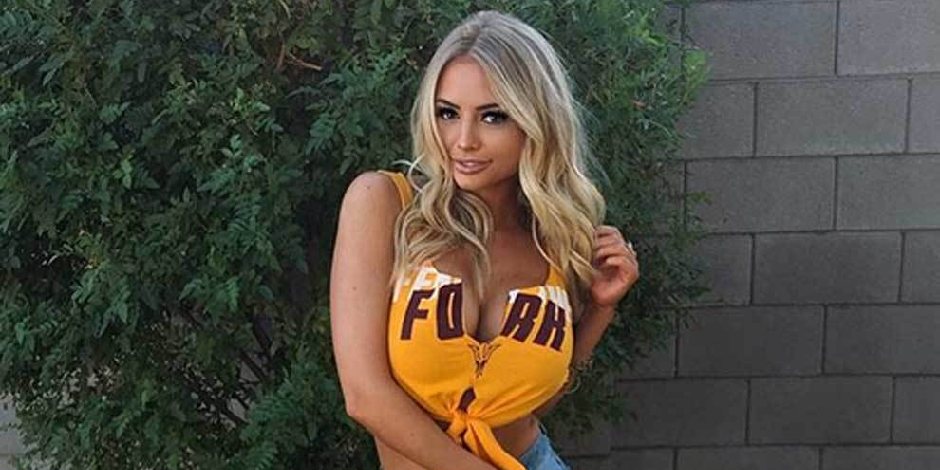 Mackenzie Dipman is a well-known personality of America who is famous as a reality TV star. She is recognized for her appearance in a hit series Love Island (US) on season two.

She is also famous for her unique videos on her self-titled TikTok channel.

Mackenzie Dipman was born in the United States of America on August 20, 1996. As of 2021, this multitalented star is 24 years old. She is very secretive about her personal details, due to which her information is rarely found.

She hasnt revealed much about herself, which includes the names and occupations of her parents, siblings, relatives, and friends. She holds the nationality of America and falls on the White ethnic group. She is bold, positive, and perfect, just like the personality of a female Leo possesses.

How did Dipman start her career?

Mackenzie Dipman began her career as a Model. She also participated at Miss Idaho in 2017 and Miss Arizona Teen USA  in 2015, from which she was inspired to pursue her career as a TV Personality. Before coming to fame, she used to work as a barista at Moxie Java, and later she worked as a reception at Palm Beach Tan. She also got a job at Casa Amigo and worked for three years. After achieving fame, she got promoted to renowned brands such as Fashion Nova, Dolls Skill, and Tiger Mist.

She made an appearance on season two of Love Island, from which she gained more fame, respect, and fans. Unfortunately, she also became the media spotlight for being eliminated from Love Island in just three weeks. She left the show on September 18.

Mackenzie Dipman was honored with 3rd runner-up at Miss Idaho in 2017. She also became runner-up position at Miss Arizona Teen USA in 2015.

Mackenzie Dipman joined the reality show Love Island to find the love of her life. In this show, she met her fellow contestants Connor Durman and shared a strong bond with him. During the show, the couple shared a good relationship and fell in love with each other. But at just three weeks, she was eliminated from the show, but she hopes that she could continue her relationship with Connor if he comes out single from the show.

As per the interview with CBS, Mackenzie Dipman revealed that she has a crush on Mattew McConaughey. Besides this, her other information about her past relationship is unknown.

Mackenzie Dipman is a gorgeous actress who is in her early 20s. She has of good height and stands 5 feet 9 inches from the ground. She has a curvy body, with a body weight of 55kg. She has mesmerizing blue eyes and has a blonde hair. Her other body measurements, such as chest-waist-hip size, shoe size, and dress size, are yet to be specified.

Mackenzie Dipman is a hardworking and dedicated reality TV star who earns a decent amount of money from her career. Her net worth is estimated to be around $150k.