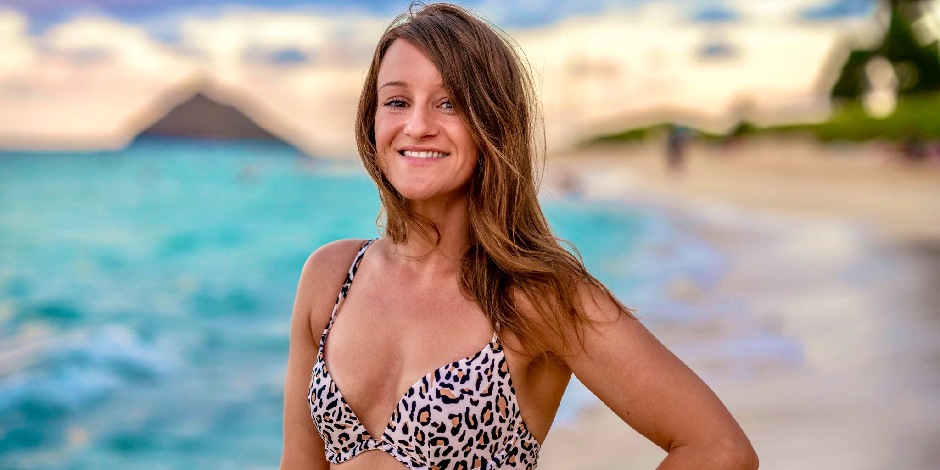 Jenna Ezarik is a famous YouTuber who shared fame with her siblings i.Justin and Breanne. She is also known as itsmejenna and is a blogger and a fun content creator who is very famous in the social world.

Jenna Ezarik who shared fame with her sibling i.Justine was born on 27 th August 1989 in Pittsburg, United States of America. Jenna is now 32 years old and living the best of her life. She was born to Michelle Ezarik who is her mother and  Steve Ezarik who is her father. She is blessed with two beautiful sisters named Breanne Ezarik and Justine Ezarik.

Check out the latest updates on famous Youtuber Elton Castee

What is the Academic Qualification of Ezarik?

Jenna Ezarik completed her high school education from the local school of her hometown and got her graduation degree from West Virginia University with Bachelor in investigation and science, Biology, and Forensic Science. She has always kept her grades very tight.  During her high school days, she met many celebrities like Justin Bieber and all. She was also very interested in volleyballs and basketballs.

After completing her education, she started pursuing her career in the YouTube industry as she was very much interested in blogging and vlogging since a very young age. Looking to her sister, she has always kept all her courage and made herself a known face on YouTube and the social world.

Her sister, Justine Ezarik who is commonly known as i.Justine is an American YouTuber, host, and actress. She is also the winner of the 7000th show of Price is Right. Justine Ezarik has completed her education at Pittsburgh Technical Institute.

She later started her career in YouTube with a genre of blogging, gaming, and lifestyle. She has been featured in many weekly installments of Kevin Sites’ People of the Web series on Yahoo! News.  Along with that, she was also part of Yahoo! lead story homepage. This beautiful actress and YouTuber was also hired for 3 commercials of a national TV advertising campaign for Mozy.

How did Ezarik start her Career?

Jenna Ezarik started her YouTube journey in the year 2019 through a video titled Milk Meat Turd which got more than 49 thousand views on YouTube. Her next popular video was about Justin Bieber. That video got more than 1.5 million views.

Check out the latest updates on Youtube Personality Dannie Riel

Her most popular video till now was about 3 years back almost in 2019. The video was titled ” iPhone X underwater Face Id Test ” and this video got more than 8.5 million views, almost 5 thousand comments, and 72 thousand likes. Most of her videos cross more than a million views with thousands of comments.

Her other most viewed video was posted 3 years back when she gave tips to her viewers regarding Snapchat features. The video got a total of 2.7 million views and almost 1000+ comments.

Recently, a week back she posted a video titled as the First Impression on the New Surface Laptop 4. This video crossed a total of 13 thousand+ views yet and about 100 comments. Mostly, she features her sisters Justine and Breanne in her videos.

Jenna Ezarik and her sister Justine Ezarik have a podcast name Same Brain Podcast where both sisters post about gaming techniques, food, and more foods. Actually, these Ezarik sisters are good food lovers.

Who is Jenna in a relationship with?

Jenna Ezarik is in a relationship with her long-time sweetheart Matthew Hagg since 2014. They have not confirmed their marriages and all yet but they are still together. Matthew Hagg is a call of duty player who is mostly known as Nadeshot.

He is the former caption of OpTic Gaming in the year 2014 Call Of Duty: Ghost Season. Jenna and Matt Hugg are seen together in a few of Jenna’s YouTube videos and in their socials.

Jenna Ezarik has always kept her profile very low unlike her academic grades . She has not been part of any controversies yet. But once it was rumored that she secretly married her longtime boyfriend Matthew Hagg secretly. Jenna and Hagg have given so justifications regarding this topic.