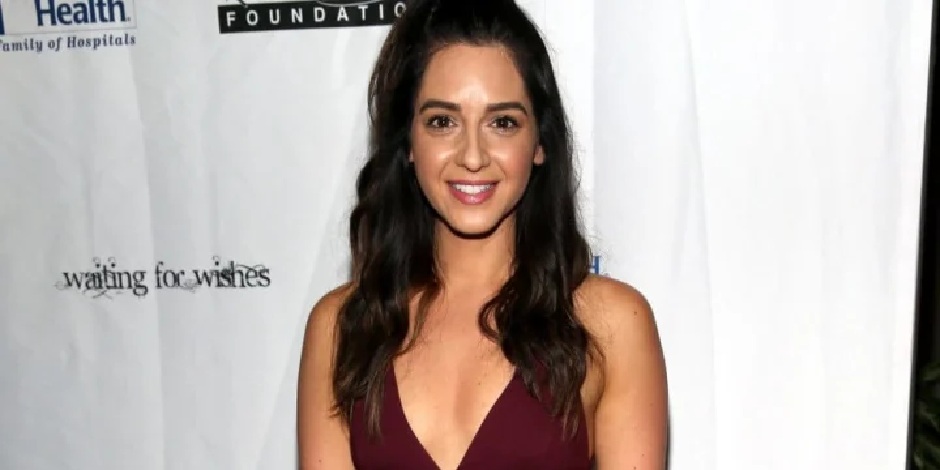 Elika Sadeghi is a well-known Amiercan personality and a sports broadcaster, and a college football expert. She also worked as an Intern for Disney and ESPN Media.

She is recognized as a Newscaster 5 in The Darkest Minds, which was released in 2018.

Elika was born in Palo Alto, California, the United States, on January 20, 1985. Her full name is Sanam Elika Sadeghi. She grew up in Palo Alto and Columbus. As of 2021, she turned 36 years old. Her parents are from the same town as Tehran, Iran, but they met each other at Ohio State University after migrating to Ohio. She shared her childhood with her brother, but his name is not specified.

She holds the American Nationality and falls on Multi-ethnicity. Her zodiac sign is Aquarius.

Elika is a well-educated woman who went to college at California State University in Long Beach in 2002. She graduated with a Bachelor’s degree in Business Administration, and she did a double major in Management and marketing in 2007.

She completed her master’s in Marketing Management from the Ohio State University, Fisher College of Business.

Sadeghi is a gorgeous young woman in her late 30s. She has a tall height and a slim body type. She has a pair of black eyes and shoulder-length black hair. Elika has a fair skin tone and a pointed nose. Elika’s body measurements such as height, weight, chest size, waist size, hip size, shoe size, and dress size are yet specified.

How did Elika start her career?

Elika Sadeghi began her career at the age of 18. In August 2003, She worked as SAT Prep Instructor for Kaplan Test Prep and Admission. She came into the limelight of media after working as a sports broadcaster. She worked as an intern in different multinational networks such as CBS Sports, NextVR, ESPN, and FOX Sports. Elika works for a digital marketing agency named Wunderman Los Angeles as an Associate Director.

Elika is a secretive personality who prefers to keep a low profile. She hasn’t posted any pictures or photos with her friends that might hint at her relationship. According to some sources, she is neither married nor has any children; therefore, she might probably be single and dedicate her time to her career.

She also became a media highlight after her contract with Barstool Sports. She rejected a contract that said if she signed the contract, she was okay with offensive speeches on sex, race, and so on.  ESPN had to drop Barstool Van Talk after ten days of broadcasting due to her rejection. She was heavily trolled on Twitter for rejecting a jot with Barstool Sports.

What is Elika Sadeghi’s Net worth?

Elika Sadeghi makes a decent amount of money from her career as a Spot broadcaster. She hasn’t revealed her salary to the media yet. As per some sources, the reporter makes $43,649 annually. Her net worth is estimated to be around $50k to $1 Million.