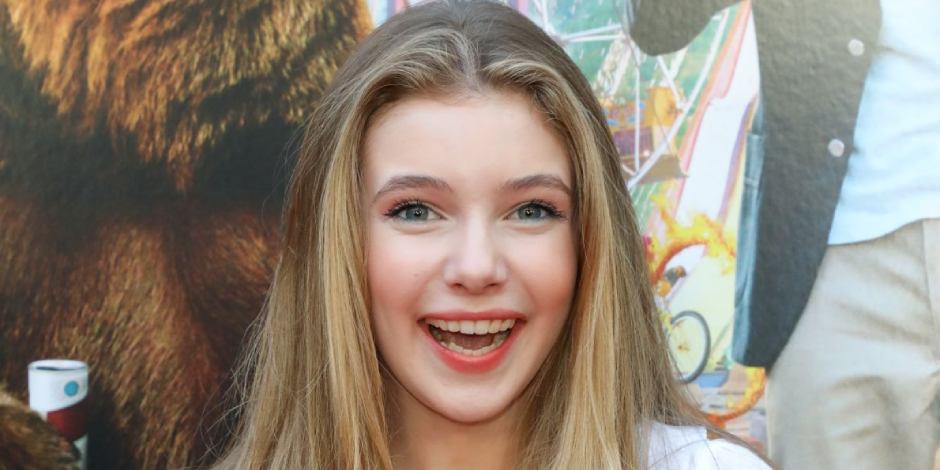 Eleanor Worthington Cox is a well-known emerging actress in Hollywood. She gained name and fame by playing the character of young princess Aurora in the movie Maleficent.

Eleanor is also best known for being cast in Matilda the Musical as Matilda. She has even won the award as the best actress in Laurence Olivier Award.

Eleanor Worthington Cox was born in 2001, on June 21. She was born in Merseyside, England, the United Kingdom. Eleanor is the daughter of Andrew Cox (Father) and Jill Worthing Cox (Mother). Cox was grown up with her two siblings Joshua John Cox and Benjamin Allan Cox.

Talking about her educational background, Eleanor has graduated from the Formby School of Performing Arts in Liverpool.

You might also want to know about Manny Montana.

Eleanor Worthington Cox started her acting career by debuting in the dark fantasy movie, Maleficent, playing the character of an eight-year-old girl, Young Princess Aurora. After that, she was seen as Molly Whitaker in Cucumber and Janet Hodgson in The Enfield Haunting in 2015. Cox was nominated for Best Supporting Actress in British Academy Television Award.

Eleanor Worthington Cox has seen in the 11th episode of the TV series, Hetty Feather, from 2015 to 2016, as Polly Renfrew. She was seen in the character of Cait in the series Britannia in 2018. In the same year, she got an opportunity to portray the role, Boogie in Action Point. Cox was also seen in the prominent role of Gwen in the film Gwen.

Cox has won Best Actress in a Musical by working in Matilda the Musical in Laurence Olivier Award 2012. She was also nominated for Best Supporting Actress in British Academy Television Awards in The Enfield Haunting.

You might also want to know about Julianna Farrait.

You might also want to know about Asaad Amin.

Eleanor Worthington Cox is a well-known British Actress. Cox has been portrayed in several movies and TV shows. Eleanor has gathered such a massive amount of money through her profession. Cox’s estimated net worth is around $1 million.