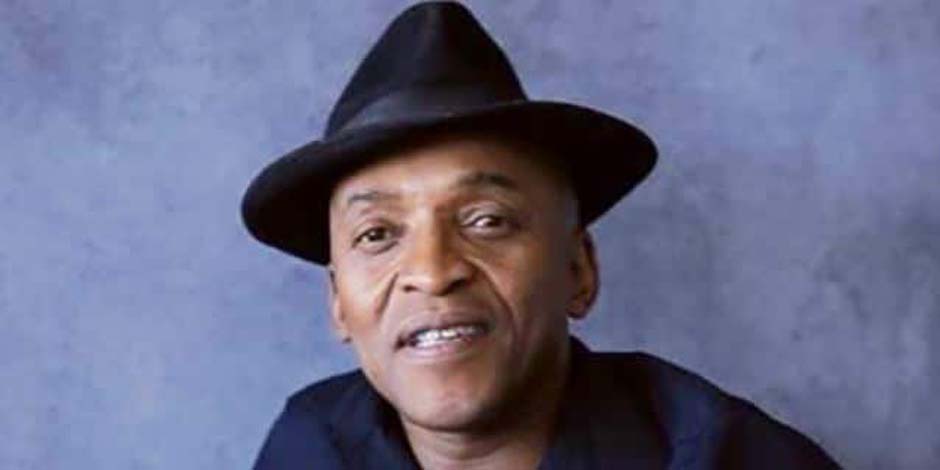 Dumisani Dlamini is a well-known South African actor, movie producer, and composer. Dumisani stayed back in the United States when he came to star in the movie Sarafina in 1992. Dlamini is renowned for being the father of well-known American rapper, singer, and songwriter Amala Ratna Zandile Dlamini, illustrious by her stage name Doja Cat.

Dumisani Dlamini is a renowned South African actor prominently known as Crocodile in the musical drama and stage play “Sarafina!” In addition, Dlamini is the father of an award-winning American rapper and songwriter, Doja Cat.

Dumisani Dlamini was born in 1963, on 23 October. He was born in Umlazi, Durban, South Africa. Presently, he is 57 years old as of 2021. Later, he shifted to Los Angeles, the USA, to pursue is education. Dumisani has not mentioned his parent’s details till now in the media. Talking about his educational background, he has not shared detailed information about it.

Dumisani Dlamini began his career in the year 1992, from the drama-musical movie Sarafina as Crocodile. He has also worked as an assistant in the action-crime film Stander in 2003. The actor’s remarkable works include the movie Sarafina (1992), and Stander (2008), and TV miniseries, Entabeni (2008), among many others.

Over three decades of his career, Dumisani Dlamini played other iconic roles in South African TV series, like Chester in the Yizo Yizo and Mbodla on Isibaya. However, Dumisani Dlamini had never been praised with an award for his performance. Dumisani had also produced TV miniseries, Homecoming (2004), Drum (2004), and a documentary of Journey, Home, and Treasure (2008).

Dumisani Dlamini is happily married to an American and Jewish painter, Deborah Elizabeth Sawyer. Dumisani first met Sawyer when he went to the United States for Sarafina. He chose to settle in the USA after the completion of the film, and this allowed him to know more about Sawyer. The duo ultimately got into a romantic relationship and tied a knot in the early 1990s.

The pair has two children named Amala Zandile Dlamini, aka Doja Cat. Dumisani Dlamini felt homesick and returned to South Africa with plans to bring his family over. However, things didn’t go according to the procedures.

Relationship between Dumisani Dlamini and his daughter Doja Cat.

Doja Cat is a renowned singer, rapper, composer, and record producer from the United States of America. Cat is recognized for her captivating and witty compositions with unconventional lyrics, inspired by deep hip–hop and electronic R and B. She released her debut EP, Purrr! In 2014. Her goofy viral hit “Mooo!” catapulted her to fame in 2018.

Doja revealed that her father was not involved in her upbringing and remained absent throughout her childhood in 2019 while talking with Fader. He, however, actively responds to her messages.

However, Dumisani Dlamini had rejected the allegations claiming that he and his daughter have a “healthy relationship,” as he publicized to Power talk, the Profile, in November 2019.

Doja made a caption in her interview with the Sarafina! Actress Whoopi Goldberg when revealed she had never met her father, Dlamini, in 2020. Dumisani informed Metro FM’s Mo Flava in response to the video, “I have been looking for my daughter as well.

Dumisani also claimed Doja’s team had obstructed all his attempts to contact her, implying they were afraid of losing her. However, he later seemed to contradict his remarks.

Social Media and net worth

Check out some interesting facts about Celebrities Careers, Lifestyles, Relationships, Latest Net Worth, Height, \weight, and many more on Global Stardom.