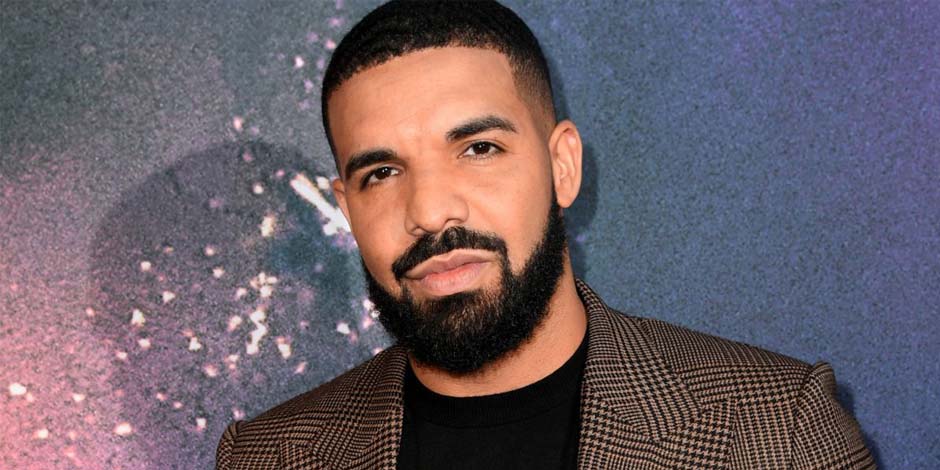 Drake is a Canadian actor, singer, and rapper. His full name is Aubrey Drake Grahame has been recognized by the teen drama series Degrassi: The Next Generation (2001–08). He started his career in music, releasing in debut mixtape Room for Improvement in 2006.

Drake Graham was born in Toronto, Ontario, on October 24, 1986. He was born by Sandi and Dennis Graham. His father is African-American originated from a musical family in Tennessee, Memphis. His father is an artist Jerry Lee Lewis as a drummer.

Dennis moved to Toronto in the eighties and met Sandi Sher. They met each other at a nightclub called Club Bluenote. Sandi, a Canadian woman of Ashkenazi Jewish background. And she worked as an English teacher and occasionally as a florist at the time.

Unfortunately, Dennis and Sandi’s marriage didn’t last for a long time. When Drake was just five, the two divorced. Dennis proceeded to move back to Tennessee. Drake misunderstood and felt out of place for most of his childhood as a young Black Jewish boy.

After his parents separated, he was moved to two Toronto neighborhoods. First, he lived on Weston Road in the city. He then moved to Forest Hill in 2000, one of the city’s affluent neighborhoods. He said,” I lived in the basement. My mom lived on the first floor. It was luxurious, and it was not extensive. “He could not afford a big and grand house at that moment.

In 2021, He dropped out of school to start his acting career, only graduating from high school. He started his career by playing a role in  Degrassi for seven years (2001-2009). He played Jimmy Brooks in this series. And he earned a Young Artist Award in 2002 for best ensemble in a TV series.

After his career started, he began an attempt in hip hop. He released Room for Improvement as his first mixtape in 2006. By achieving modest sales of approximately 6,000 copies. Recently after the hit of his mixtape with the 2007 release of another mixtape called a “Comeback Season,” on his own

October’s later to be shortened to OVO. Takes place as Drake’s first hit single and music video, “Replacement Girl.” He was selected as the New Joint of the Day on BET’s popular hip-hop TV through this hit song. Notably, the music contained a version of Brisco and Flo Rida’s “Man of the Year,” which featured Lil Way. He released his first full studio album, Thank Me Later, on June 15, 2010. This album debuted at No. 1 on Canadian and American albums and was certified platinum.

He released his second studio album, Take Care, in November 2011, which included the songs “Headlines,” “The Motto, “and “Make Me Proud .” He won the 2013 Grammy award for the best rap album, among several honors.”

Drake has a friendship with Adele and was in a hit, and he was in a relationship with Rihanna from 2009 to 2016. He has referenced the ties in all of his studio collections. For example, while giving Rihanna the Michael Jackson Video Vanguard Award in 2016, he said, “she’s a lady I’ve been fascinated with since I was 22 years of age.

Drake was robbed in Toronto’s Little Italy district at gunpoint in Toronto’s On May 31, 2009, and was forced to forfeit a diamond and gold necklace. Mesha Collins was also arrested for criminal after breaking into his home in Calabasas in April 2017. Besides that, and he brought no criminal charges.

Singer Ericka Lee filed against Drake for using her voice on “Marvins Room” in 2012. Ericka asserted she was owed songwriting credits. Despite Drake’s legitimate group countering by guaranteeing that Lee mentioned a distinction in the collection’s liner noticed, the matter was settled in February 2013, with the two players consenting to an out-of-court settlement.

Drake’s net worth is $180 million, making him one of the wealthiest rappers in the world. Currently, he is signed to Lil Wayne’s company.

Check out some interesting facts about Celebrities Careers, Lifestyles, Relationships, Latest Net Worth, Age, Height, Wife, Husband, and many more on Global Stardom.