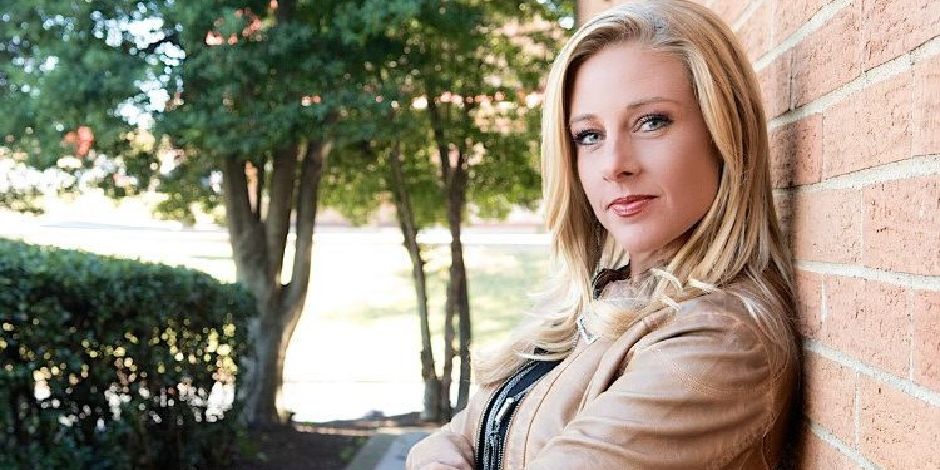 Dawn Davenport is a professional sports journalist, anchor, and writer from America. Dawn is popular for her contribution as a reporter in “ESPNU“, “SEC Network”, and “ESPN.”

The birthplace of Dawn is Piano, Texas, United States. She came into the world on 25th February 1980. Her current age is 41 years old. There are not many details of her family available.

She belongs to a family with Hispanic background. Dawn has one sibling. It’s her brother Dane Davenport.

Dawn Davenport completed her graduation in “Mass Communications/Radio. Television, and Film” from the “Auburn University” in December 2002.

She was also part of the “SEC Academic All-American” of the volley team during the same time. Dawn was also a “letter winner” three times.

Travis J Harter is the husband of Davenport. The details about her husband are not clear. Travis seems to enjoy his personal life far away from any interference from other people. He has even kept his Instagram private.

How did Dawn and Travis J. Harter meet?

It was on 15th January 2018 that Dawn posted a group photo consisting of Travis. It was a meet for “@1045thezone” at Providence, Rhode Island.

Then, they visited Venice, Italy on 24th July 2019. Dawn and Travis visited Locanda Del Gallo Chianni-Ufficiale on 30th July 2019. It is where the tight lips of the couple get parted. They had not agreed to speak publicly about their relationship. But on the day, Travis proposed Dawn.

The couple exchanged wedding vows on 20th September 2019. It was a chilling and smoothening wedding ceremony. They made their wedding ceremony more memorable by promises on the beach.

Travis and Dawn were barefoot enjoying the sand under the warm sun. And everyone was cherishing the casual dressing and moment of the couple.  Despite wearing a suit and heavy dresses, Travis wore a pink shirt and dawn a simple white wedding dress. But their smile was depicting their happiness.

Dawn revealed about her pregnancy when she was 22 weeks pregnant on her Instagram on 18th February 2020. It was a photo of Dawn with her parents. She gave birth to a baby girl on 11th June 2020 at 6:16 pm.

The journey towards welcoming the baby girl was not an easy one. She underwent labor for 36 hours. And there was the need for an emergency c-section. Dawn even thanked the medical team of the “Vanderbilt University Medical Center.” They named their daughter Hadley Harter.

The couple celebrated the one-year birth of Hadley on 11th June 2021. It was a pinkish celebration. And the Harter parents were dressing in pink and white to celebrate the birthday of their pinkish girl.

There are few searches available on the internet about the divorce of Dawn Davenport. But Dawn is living a happy married life with her husband and daughter. And there is no need of thinking about divorce. We hope that such kinds of searches may not get existence ever.

The same surname of two public figures makes people think about whether they are related to each other or not. The same thing also happened in the case of Dawn and Madison. But they are not sisters and related. The coincidence between the both is that their birthplace is Texas.

Madison Davenport is a singer and actress from America. She is popular for her appearance in the horror TV series “From Dusk till Dawn: The Series” and the movie “Kit Kittredge: An American Girl.”

Check out the latest updates on Famous Journalist Heidi Przybyla

There are not many details about the salary, properties, and net worth of Dawn Davenport available. According to ziprecruiter.com, the average salary of a sports reporter is $44,106.