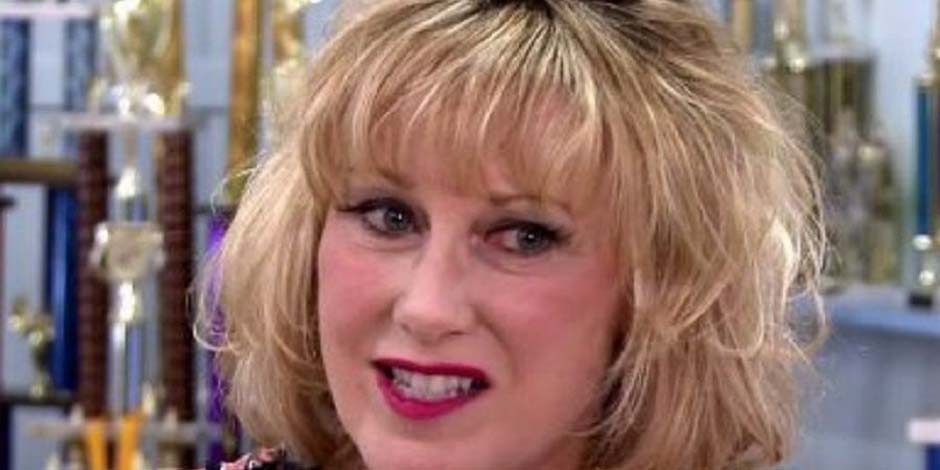 Cathy Nesbitt-Stein is a famous American Reality TV show star and also a founder of the dance studio Apple’s Dance Centre. She was also renowned for featuring in a dance reality TV show called “Dance moms” for seasons one and two. She is a proud mother of well-known dancer Vivi- Anne Stein. She was also involved in the ALDC dance studio.

You might also want to know about Sharee Hough

She has not revealed her parents and educational background till now. Cathy is private and secretive about her personal life.

Cathy Nesbitt-Stein begins her career as a founder of a dance studio called “Candy Apple Dance Centre” and TV reality star. She has also appeared in seasons one and two in a dance reality show called “Dance Moms.”

She is well-known for how ballet dancing and entertainer. She is the one who increased the TRP of the show Dance Moms. Cathy’s daughter has also been educated in the same studio as a tap dancer.

She brought her daughter into Abby’s studio at the start of the series, but she left midway through the first season. She has repeatedly argued with Abby and other members of the ALDC after leaving the ALDC to start her studio, engaging in heated disputes and insulting them at contests.

Later on, for the third season, she was replaced with Jill.

You might also want to know about Sammy Draper.

Cathy Nesbitt-Stein is a happily married woman. She has tied a knot with Mike Stein. He is an insurance adjuster and beef jerky store founder.

Unfortunately, she did not reveal the exact date, day, and year of their marriage. Cathy Nesbitt-Stein and Mike have not their biological children, but they adopted Vivi-Anne from Guatemala.

Cathy’s daughter’s name is Vivi-Anne Stein. She is an adopted child. She is the only child of Cathy and Mike. She was born in 2004, on September 11, in Guatemala.

She is recently 17 years old (in 2021). She is also famous as a tap dancer. She has trained in Abby Lee Dance Company; later on, she practiced her tap dancing in her mother’s studio. She has also appeared in the reality show Dance Moms.

She has also got an opportunity to learn from American dancer Mackenzie Ziegler. She has gathered a lot of new things from Ziegler. She is also a member of Cleveland Repertory Tap Company.

Cathy has once included in controversy after she argues with the ALDC dance studio. Her daughter Vivi-Anne has also registered for a Dance Mom but return to the home studio.

After the argument, Cathy’s husband Mike also takes a stand for her wife, but it damages Cathy’s image in public. Later on, Zack Torres supports her, saying she is a sweet person and the media looks like her villain.

You might also want to know about Scott Kolanach

Cathy Nesbitt-Stein is a TV reality star, social media personality, and dancer. According to the source, her estimated net worth is around $1 million to $5 million.

Cathy’s primary source of income is her profession. Her daughter’s net worth is approximately $100k to $1 million as a tap dancer.

She usually posts her family picture and also the image of her photoshoots and many more.