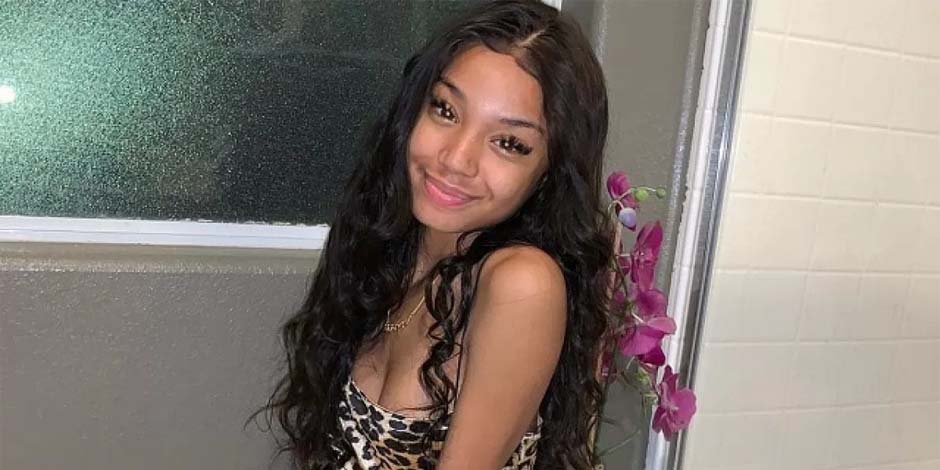 Ashley Lovelace Rose to fame and achieved huge love and success as a social media personality posting modeling-related photography on her Instagram. She became even famous after a cyberbullying incident and attempting suicide at a very young age.

Ashley Lovelace Rose was born on November 07, 2002, in Abington, Pennsylvania. Her zodiac sign is Scorpio, which explains her loving and humble nature and unique personality, achieving her huge love. She belongs to the nationality of America.

She was born to her father, Terrance Lovelace, and her mother, Stacey Pak, who lived in Philadelphia for the first five years and then moved to Las Vegas. She was also blessed with three brothers and a younger sister. She belongs to African-American and Korean descent.

She was of an average height of 5 feet 2 inches and weight around 49 kgs. She had beautiful hazel eyes, which looked amazing with her black-colored hair. She had long curly hair and a very amazing smile. She used to wear a necklace with the word princess marked on it and had worn a nose stud.

How did Ashley Lovelace Rose start her career?

Ashley Lovelace Rose began her career as a social media influencer through her account on Instagram. She gained huge popularity and love when she posted her glamorous modeling photos. She started her Instagram career in 2018 with the aspiration of becoming a famous and established singer and model. However, it didn’t take her much time to learn that she could tap into Instagram’s potential as a social media channel and earn a name and fame for herself.

She began posting fashion-related posts and images of her herself. Besides this, she also spoke about brands and products in which she was interested. She made many short videos indicating her talent in singing as well. Everything was fine, but then she became a victim of cyberbullying; after that, things took a turn for her, and she decided to let go of all the pains.

She also had a youtube channel which was titled Miss Lovelace in September 2018. She had posted a Q&A video there on October 24, 2018.

She was active on Instagram, where she began receiving hateful comments and jibes once she grew popular on Instagram. She began getting constant bullying, especially by a user named Tyler Edmonds, also known as BarbiiDaBully. He even prided himself on it. Many of her friends have stated that her existent depression and anxiety might have made her take such a fatal decision.

Ashley Lovelace Rose took her life on 21 January 2019 when she was just 16 years old. She took the step and killed herself owing to severe and constant bully on the internet. Even after her death, her parents didn’t blame anyone and reveal anything about her death. They said it would be unwell to blame others, and it would not do well to Ashley’s spirit.

They didn’t reveal the detail behind her death. However, some of the rumors said she shit herself with the gun.

After her death, her mother took over her Instagram page, continuously posting her daughter’s picture. She also set up a GoFundMe account that honors Ashley’s legacy while raising awareness about the disastrous consequences of Cyberbullying. Her mother is currently working on building AshleyLovelace Foundation to expand the scope of her activities.

Her main bully Edmonds continued to take pride in his buying and didn’t regret Ashley’s death even after such an unfortunate event. He went as far as and said that Ashley died as she was just another girl.

Net worth and Social media

Ashley Lovelace Rose was a dedicated and hardworking girl who used to make decent money from her career. Her net worth was estimated to be around $200 Million before her death.

She was active on Instagram, where her username is @misslovelace, and she has over 572 followers. Her youtube channel has over 87.7k subscribers. Her Gmail account was [email protected].