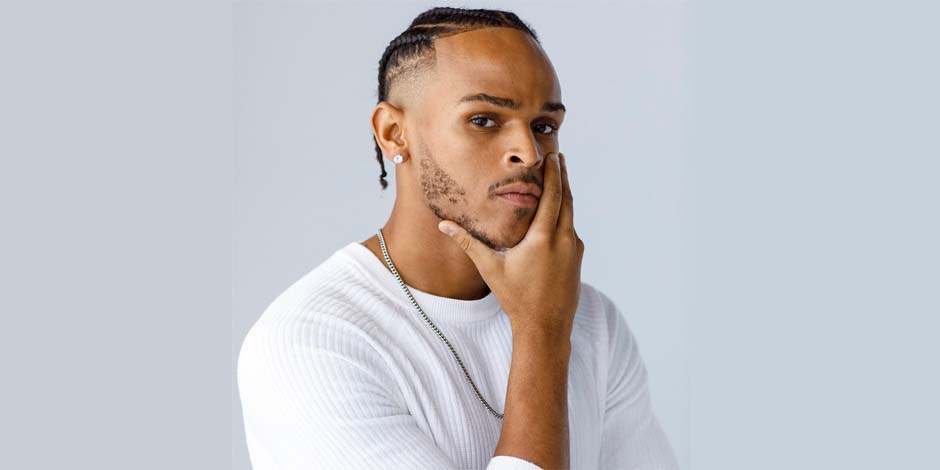 Terayle Hill is a famous TV star and a movie director as well as producer. He is best known for his appearance in the award-winning web series BET’s The Quad, Cream x Coffee, and Sins of the Father. Terayle is also recognized for his roles in a Move Up High Water on YouTube by Channel RED.

Terayle Hill is a fabulous actor born on February 9, 1994, in Los Angeles, California, United States of America. As of 2021, he turned 27 years old. He was raised in his hometown with his parents and siblings.

Unfortunately, Terayle hasnt disclosed any information about his parents and sibling yet. He holds the American nationality and falls on African American ethnicity. His zodiac sign is Aquarius.

Terayle Hill is a well-educated man who attained the University of Clark Atlanta and graduated from there. He graduates in mass media arts from that university. However, he might have gone to the local high school for his education.

Terayle Hill is a young artist who has a handsome look and a gorgeous smile. He stands at the height of 5 feet 9 inches which is 1.75m from the ground level. He has an athletic body with a weight of 55kg. His chest size is 39 inches, waist size is 32 inches, and bicep size is 12 inches. He has short black hair with a pair of expressive eyes of the same color.

How did Terayle Hill begin his career?

Terayle Hill begins his career with a short video, Southern Lights Over- Exposed: The Visual Album, in 2015. He has acted in short videos Pipe Dream, Groomsman, Largo, Last Day, Deus ex Machina, Men of God, A Father’s Love, Eavesdropping on the Elders, Diminished, and The Mason Ring. He is a co-founder of The Everybody’s Network.

Some of his famous portrayals in the movies are as J-Rock Stewart in Fresh Territory, Devon Lane in After the Game, Austin in Mediator, Terayle in Boogie, Bob in Willy’s Wonderland, George Sams in Judas and the Black Messiah, Spyder in The Christmas Lottery, Chad Sterling in The MIllennial, Kingston in The Available Wife, Troy The Dispatcher Daniels in Beast Mode, Robert in Sins of the Father, Madden in Merry Wish-Mas, Dee in SuperFly, Andrew in A Father’s Love, Young Devon in Acrimony, Spencer in Love, Simon, Mason in Forever My Girl, Reid in The Products of the American Ghetto, Tattooed Staff Dude in A Bad Moms Christmas, and Rashid in No Regrets.

Some of the famous portrayals in the series are Trey in Cobra Kai, Kaleb in House of Payne, Zeke in Dead of Night, Trey Woodson in Chicago P.D, Marquise Howard in Step Up High Water, Richard in The Pre-Quarter Life Crisis, Jalen in The Quad, Jojo Reese in Blue Bloods, Thug 1 in Tales, Akili in Being Mary Jane, Donovan in Cream X Cream, Richard in Side Chick, and Demauri’A Watkins in College Boyfriends – The Web-Series, and Frederick in I Am Homicide.

Terayle Hill is a married man who tied the knot with Loren Lott. Loren is an amazing singer and was a contestant on Amiercan Idol. She walked down the aisle in Moreno Valley. The couple hasn’t revealed the exact date of their marriage. They don’t have any kids yet. He isn’t involved in any controversial matters until now.

What is Terayle Hill’s Net worth?

Terayle Hill makes a decent amount of money from his career as an actor and producer. In addition, he has appeared in numerous movies and TVshows, which helped him earns more money. His net worth is estimated to be between $1 Million to $5 Million.

Terayle Hill shows his presence on Instagram by the username @terayle_, with around 65k followers.