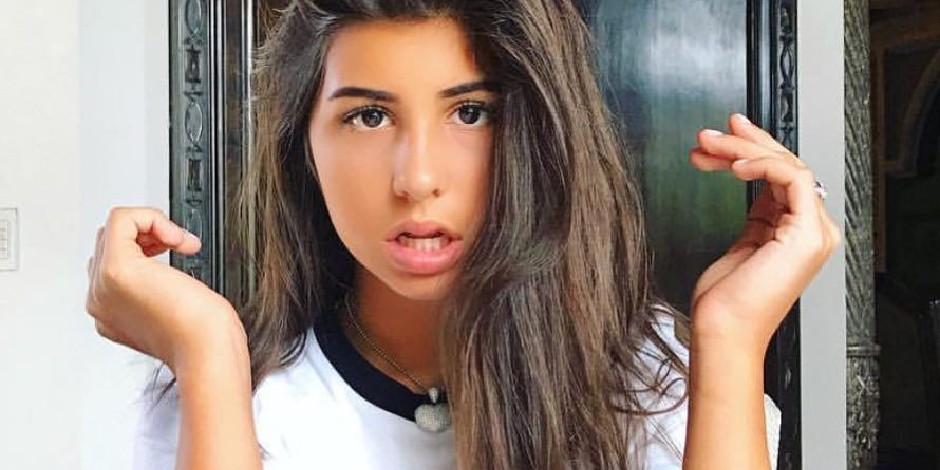 Sunny Malouf is a celebrity who is known for her excellent singing skills and extraordinary dance steps. She is also an actress and a songwriter.

Sunny came into the limelight after her live performances, print campaigns, commercial advertisements, and cover songs and videos.

Where was Sunny born and raised?

Sunny Malouf was born in Dallas, Texas on 2 March 2004. She was born as a daughter to her father, Richard Malouf, and mother, Lillian Malouf. Her father is one of the world’s wealthiest dentists. As of now, the young and talented person has reached the age of 17 years old.

Sunny holds the nationality of America. Her ethnicity is Hispanic. She belongs to the intelligent and robust zodiac sign, Pisces. she is humble and supported by her family throughout her career.

Sunny Malouf completed her schooling and is studying in high school but hasn’t revealed the details about her high school.

How did Malouf start her career?

Sunny Malouf was always interested in singing and being an actress. She started her career by working with modeling agencies and choreographers. she gained fame in September 2015 after her debut song, “Lightning in a Bottle,” on iTunes. She gathered immense fame and then embarked on her DigiTour. she performed various songs in front of her fans nationwide.

Malouf is a member of web group Team 10. Team 10 was founded by YouTuber Jake Paul. Sunny and her team went on a Tour to 11 different cities in the united states. They have gone on tours, such as Atlanta, Boston, New York, Toronto, San Antonio, Miami, and Orlando. she is traveling to various locations for her career. She has split her time between Los Angeles, California, and Dallas.

Sunny Malouf’s favorite drink is Shirley Temple which is a nonalcoholic drink. She loves to spend her time singing songs and performing. Meanwhile, her favorite song is The Man by Aloe Blacc. she spends an hour shopping and hanging out with friends. She also served with American Rapper Silento.

Sunny Malouf is active in social media such as Instagram and YouTube. She uploads videos of her singing shows, dance styles, cover songs, and commercials. she created her youtube channel in September 2014, which now has more than 93.1K subscribers. She has more than a million followers on her Instagram account. She has given her email for business inquiry, [email protected]

What is Malouf’s net worth?

Her parents earn the mansion worth $33 million, which covers 37000 sq. ft with eight bedrooms, one tennis court, an indoor basketball court, 18 bathrooms, and a private waterpark. They also own two private jets and many expensive cars.