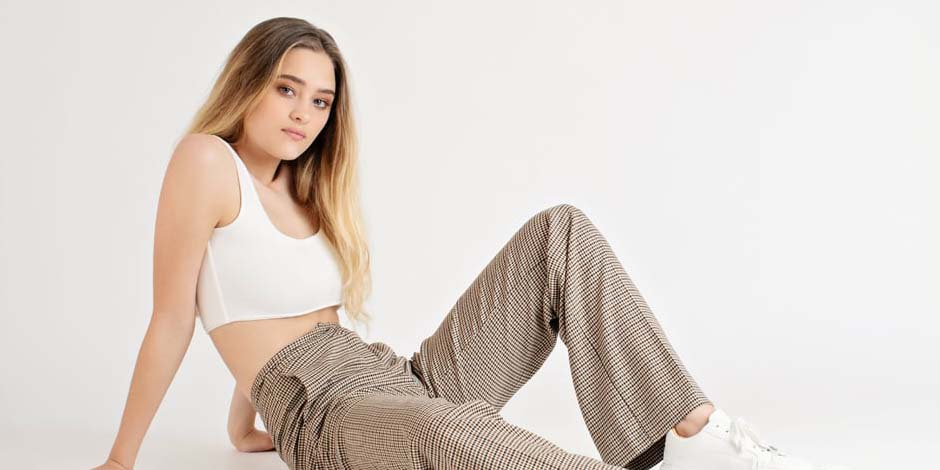 Lizzy Greene is a well-known American television actress. She is known as Dawn Harper in the Nickelodeon sitcom Nicky Ricky, Dicky.

Lizzy Greene was born in 2003, on May 1. She was born in Dallas, Texas. Presently, Lizzy is 17 years old as of 2021. Greene was born with a birth name Elizabeth Anne Greene. Lizzy is the daughter of Amy Greene (Mother), but she has not shared detailed information regarding her father.

Lizzy Greene was grown up with her elder brother Garrett Greene. She has one pet dog named Jett, a German shepherd who weighs around 110 pounds. Since childhood, Lizzy was fond of acting and took up a theatre in school. Greene also took part in several theatrical productions and continues her theatre acting.

Lizzy Greene is also a fit person who does regular exercise and likes practicing gymnastics. Greene also took part in John D Aquino’s Young Actor’s Intensive workshop. However, Lizzy has not talked about her educational background in the media.

Lizzy Greene was fond of acting since childhood. Lizzy loved performing in front of audiences. So she began working in several theatrical productions as a theatre actor.

Lizzy started her acting career in television series from the Nickelodeon series ‘Nicky, Ricky, Dicky, & Dawn.’ She played the character of Dawn Harper from the year 2014-2018 in the series. She got such a huge appreciation and recognition from millions of fans worldwide.

Lizzy Greene has also played in films such as ‘Tiny Christmas’ as Barkley. Lizzy made her debut as the lead character Sophie Dixon on the American family drama television series ‘A Million Little Things. In addition, Lizzy has made guest appearances on the television series ‘Knight Squad’ and ‘Cousins for Life.’

Lizzy Greene is currently single. She is not dating anyone now and focusing on her career rather than being in a relationship. Lizzy is a very kind and friendly person.

Lizzy Greene is well-known as a television actress. She has started her acting career in childhood. Greene has gathered a decent amount of money through her career and living such a lavish lifestyle. Lizzy’s estimated net worth is around $2 million. Lizzy gathered around $20k to $30k as her salary.