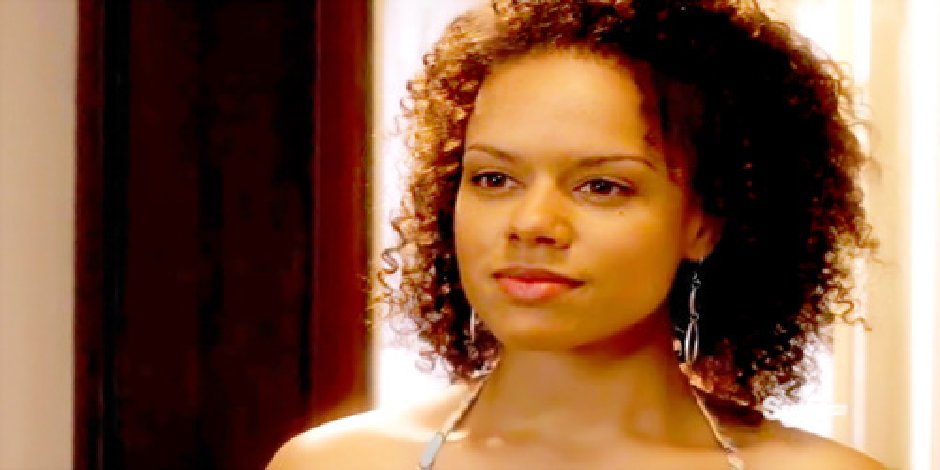 Genelle Williams is a Canadian actress who has worked in the Canadian and Hollywood industry. She is a well-known face who began her career in this show business in 2003. Her debut acting role happened in a television movie named ‘Eloise at the Plaza’ in 2003 and her debut film role is ‘My Baby’s Daddy’ in 2004.

Likewise, she became recognized worldwide for her acting role in the teen comedy-drama ‘Radio Free Roscoe’ where she played Kim Charlisle. This actress has established herself as one of the talented actress in the industry and has a long way to pass throughout her career.

Where was Genelle William born and raised?

Genelle Williams was born on 18 February 1984 in Toronto, Canada who has not yet disclosed her family on the Internet. Moreover, she is currently 36 years old.

Genelle Williams holds Canadian nationality and as per ethnicity, she is Black. Her zodiac sign is Aquarius.

She stands at a height of 5 feet and 5 inches (165cm/ 1.65m) tall and weighs around 60 kg (132lbs). She has a voluptuous body type with pierced ears. Additionally, she has a pair of green-colored eyes and dark brown colored hair.

What is the academic qualification of Genelle?

Genelle Williams used to perform various arts during her school days. She also received training from Coach Dean Armstrong. Talking about her education, she completed her studies at Albert Campbell Collegiate Institute located in Toronto, Canada.

What is the relationship status of Genelle Williams?

Looking over Genelle’s personality, she is the kind of person who likes to keep her personal life away from the limelight. She has not shared any details about her family and love life. But we know that is unmarried.

Genelle Williams doesn’t have an official social media accounts. But there are many Twitter and Instagram accounts of her name which is not verified.

How did Genelle William started her Career?

Genelle Williams had her first acting role in the 2003 television movie ‘Eloise at the Plaza’ where she played the role of Debutante Ruth. She then played as Sorority Pledge in an episode of the comedy-drama series ‘Wild Card’ in 2003.

As much as Genelle Williams has appeared on television, she has not appeared much in movies. Her debut movie was ‘My Baby’s Daddy’ where she played the uncredited role of the receptionist. She then played in the drama film ‘The Lazarus Child’ where she played as Young Lizzie in 2005.

She also played the role of Kim Carlisle in the teen comedy-drama series ‘Radio Free Roscoe.’This role earned her huge recognition in the industry. After this, she starred in ‘This Is Wonderland’ as Kiana Lewis in 2004 and ‘More Sex & the Single Mom’ as Megan in TV film in 2005. Moreover, she also played in ‘Sue Thomas: F.B. Eye,’ ‘Degrassi: The Next Generation,’ and ‘Kevin Hill’ as Candy, Mia, and Alyssa respectively in 2005.

This actress then had roles in television movies like ‘Doomstown’ and ‘Banshee’ in 2006, ‘The Note’ in 2007, and ‘The Tower’ in 2008. Similarly, she also featured in ‘Lovebites’ and ‘Degrassi: The Next Generation in 2007 where she played the role of Marissa and Carla. From 2007 to 2010, she became associated with the teen sitcom ‘The Latest Buzz’ and she portrayed the role of DJ.

She appeared in this series for 51 episodes. Likewise, she also had roles in ‘The Line’ as Michelle in 2008, ‘Taking a Chance on Love’ as Mandi which is a TV movie, and ‘Flashpoint’ in 2009. She also received a starring role in 11 episodes of the science fiction series ‘Warehouse 13’ as Leena from 2009 to 2013.

Meanwhile, she appeared in ‘The Listner’ in 2011, ‘Warehouse 13: Of Monsters and Men’ and ‘Lost Girl’ in 2012. Genelle also had a one-episode role in ‘Republic of Doyle’ as Colleen Simms in 2013. The next year, she appeared in various series.

They were ‘The Lottery’ alongside Jodie Comer as Kyle’s friend, ‘Remedy’ as Zoe Rivera which ran till 2015, and ‘Bitten’ as Rachel which lasted till 2016. After this, she directly was seen in ‘The Expanse’ as Tilly Fagan. Her last played series is the drama TV series named ‘Family Law’ wherein 2020.

She had the role of Tiffany in the romantic comedy film ‘It’s a Boy Girl Thing’ alongside Letitia Wright and Alfie Allen. This film starred Kevin Zegers and Samaire Armstrong in the main lead. Genelle then starred in the 2008 superhero film ‘The Incredible Hulk’ where she played the small role of the terrified girl. Likewise, the same year she also starred in the short film ‘Saving God’ where she played Ashley Ellis. Her next movie role was in the 2009 film ‘Orphan’ where she played Sister Judith’s character.

Furthermore, she then appeared in the short film named ‘Running Boy’ as Sabine in 2010. After this movie, this actress directly appeared in movies in 2018. She took eight years gap and her comeback film was in the Christmas romantic comedy film named ‘The Holiday Calendar’ where she played the role of Sarah Sutton. The same year, she also played in ‘Christmas Catch’ as Special Agent Robertson.

Genelle Williams has not won any awards but she is the nominee of the Gemini Award for her role in ‘Droomstown’ in 2007.