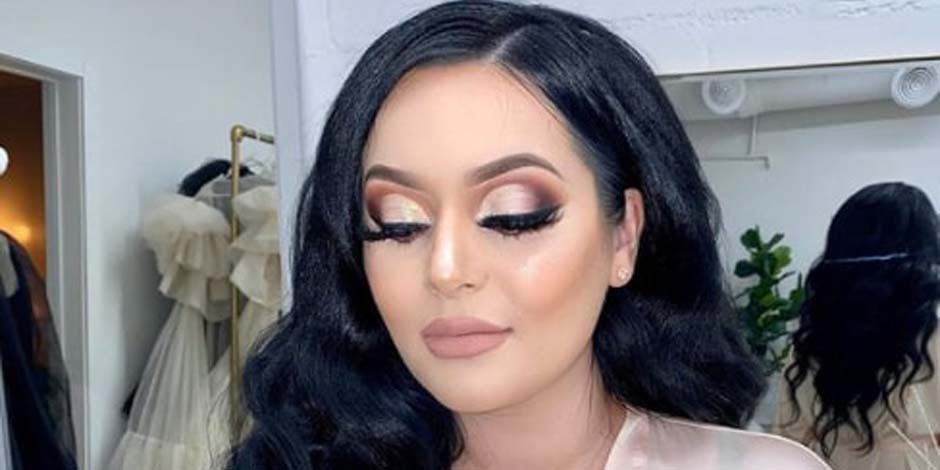 Candy Aguilar is a YouTuber from America. She is popular for her appearance on the family YouTube Channel “The Anguilars.” She along with her other family members post fun-loving videos along with several challenges and pranks.

The birthplace of Candy Aguilar is the United States. She came into the world on 28th July 1987. Her current age is 33 years old. There are not many details of childhood, and parents available. She grew up with her siblings. Candy seems to have more than one sister. The name of her one sister is Jenny.

Who is the husband of Candy Aguilar?

Nestor Aguilar is the husband of Candy Aguilar. He is also a YouTuber. Nestor also appears along with her family on the family YouTube channel. He also has a business. The website of his website is “tablerockmanagement.com.”

How did Candy Aguilar and Nestor Aguilar meet?

But Candy was not happy with her husband. It was a really painful relationship. But she wanted to wait till the birth of melody. And she visited her sister (Jenny) in California to share with her a cute little surprise.

Moreover, she and her sister have a habit of going shopping and taking photos. The same happened on the day. Candy picked up the color and theme and clicked a pick in a mall. So, her sister’s boyfriend showed the picture to Nestor. And Nestor after seeing Candy felt like she was good. He felt she is different.

And Nestor asked him about making the situation for the two comings together. Nestor’s friend said to him that he would talk to Candy’s sister. The photo became one of the reasons for finding Nestor.

Then, Candy Aguilar returned back to Arizona from California to meet her sister and father. Candy received a call from her sister one week later. Her sister said, “Candy, one guy wants to meet you and he’s hot and I really want him for you.”

Candy reminded her that she was pregnant. She asked her sister to make up something to avoid him. But her sister tried to convince her saying the guy was really-really-really good looking and she can really picture Candy and Nestor together. Candy just ignored it.

Months passed by. Candy got a call from his brother-in-law. Usually, he insists on talking to Nicole. But on that day, he told her that his friends are there and he wants to talk to her. Candy was fine talking to him. And Nestor asked her when can he see her. She replied whenever. And that’s how they heard each other for the first time.

Likewise, Candy moved to North Hollywood with her mother and two daughters after about three weeks of the birth of Melody. And she again shifted to her sister and father in California along with her daughters. His father was a differently-able person. They had a car but its condition was not fine.

So, Jenny and Candy went to grab food from the store. But they were not sure about how will they get back home with that condition of the car. So, Candy asked Jenny to ask her boyfriend for the lift. And it was the first time when Candy Aguilar saw Nestor for the first time on the back seat of the car.

Nestor whistled back to Candy when parting away after dropping them home. Candy felt like this guy likes me. But he didn’t call her for a long time. Candy decided to went back to Arizona. She went to a club with her sister on her last day in California. That day, she met Nicole in the club. It was the closest look and their relationship kicked off.

Candy Aguilar exchanged wedding vows with Nestor Aguilar on 16th August 2014. They married in a church. Nestor was dressed in a black suit. Candy was looking gorgeous in a white wedding gown. They were completely happy making each other their soulmate.

Candy Aguilar gave birth to a baby girl on 13th July 2002. She named her Nicole. Nicole is 18 years old. Candy gave birth to Melody on 7th May 2004. She is 17 years old. After marrying Nestor, both started taking good care of their daughters.

The fighting journey of Sebastian became the reason for beginning their YouTube Channel “The Anguiliars.” The couple succeeded to capture every moment of Sebastian on the channel.

The first video of the couple was of a bone marrow transplant of Sebastian. The title of the video is “Sebastians Bone Marrow Transplant For Acute Myeloid Leukemia Stem Cell Transplant.” They uploaded the video on 26th June 2017 and began their YouTube journey.

There are not many details of the properties, salaries, and net worth of Candy Aguilar available. According to socialblade.com, her YouTube Channel The Anguilars has an average monthly earning between $656-$10.5K and an annual earning of $7.9K-$125.9K.