“The darkest night brings the brightest day. ” You might have heard this quote repeatedly, which is true in both natural and contextual ways. You have gone going through tough days. It might be challenging, depressing, and full of sadness. But you must not feel hopeless in such a situation. On the contrary, you must gather all the courage and fight back with the trench of energy left in the body. It’s because it’s all about the willpower that makes you win, even the failing situation. It would be best if you were confident and must believe in yourself that the sun will rise again and fix everything.

Likewise, Ashley Park is one of the living examples of victory over hard times.  She has won the battle over cancer through her belief and the support of her family and friends. People know Ashley for her performance in ” Mumma Mia” and “The King and I” in Broadway production. She is also the winner of the “Make-A-Wish Foundation.” Ashley has a fantastic story. She is also a great dancer and actor.

Sara Park gave birth to Ashley in Glendale, California, on June 6, 1991. She grew up in Ann Arbor in Michigan. Ashley’s father’s name is Andrew Park. Ashley is the eldest daughter and has a young sister called Audrey.

Ashley started taking dance classes at the age of three. Next, she joined the Oceanside Dance Academy. Then, Ashley developed an interest in music. She started taking piano classes at the age of five. Her passion for performing arts made her participate in Ann Arbor’s community kids’ theatre. She was part of the theatre during her middle and high school. Ashley was also part of the Interlochen Summer Arts Camp in 2003.

Ashley Park completed her schooling at Pioneer High School. She was part of the choir and the performing arts in the school. Ashley was also the founder of the woman’s Cappella group in the school. The group succeeded to won the position of the first runner-up in the National Competition in 2009.

Likewise, the doctors diagnosed Ashley with “Acute Myeloid Leukemia” at the age of 15.  She was in the middle of high school. This disease made her hospitalized for eight months. Ashley received a “wish” from the “Make-A-Wish-Foundation.” Then, along with her family, she got the chance to see a play on Broadway in New York. “The Lion King,” ” A Chorus Line,” “Wicked, “Spring,” and ” Awakening.”.

This time was an essential part of her life. She learned that she was more attracted to drama. And just after her chemotherapy and she continued her high school. Then, she played a lead role in the play “Thoroughly Modern Millie.” Again, it was a school production. She felt that wearing costumes, shoes, and a wig was the best option for her than just being a girl during the play.

After she completed high school in 2009, she joined the University of Michigan. She received a BFA in musical theatre in 2013. Ashley received the degree from the “School of Music, Theatre, and Dance” university. Likewise, her passion for performing arts inspired her to co-found the “MPOW.” MPOW stands for the “Michigan Performance Outreach Workshop.” Ashley Park was part of the “Music Theatre Wichita” in Wichita, Kansas City, in 2009.  And she became part of the play in “Miss Saigon.” She even won an ” Equity Card” during her involvement with the “Pittsburg Civic Light Opera.” Ashley also worked with the Benedum Centre in Pittsburgh, Pennsylvania.

Likewise, Ashley debuted on Broadway from the play “Mamma Mia!” on February 17, 2014. On September 21, 2014, Ashley left the theatre. Then, she became part of another production company: “US National Touring Company.” Next, she was part of the play “Rodgers+Hammerstein’s Cinderella.”

Moreover, Ashley Park joined Broadway back on April 16, 2015. She portrayed the part of Tuptim in the comeback to play “The King and me” in 2015. She also got nominations for a “Grammy Award” for being a principal soloist. Similarly, Ashley was part of many theatres. She also received the “Clarence Derwent Award” in 2018. Actors’ Equity Foundation gives this award to the most promising female and male performers. 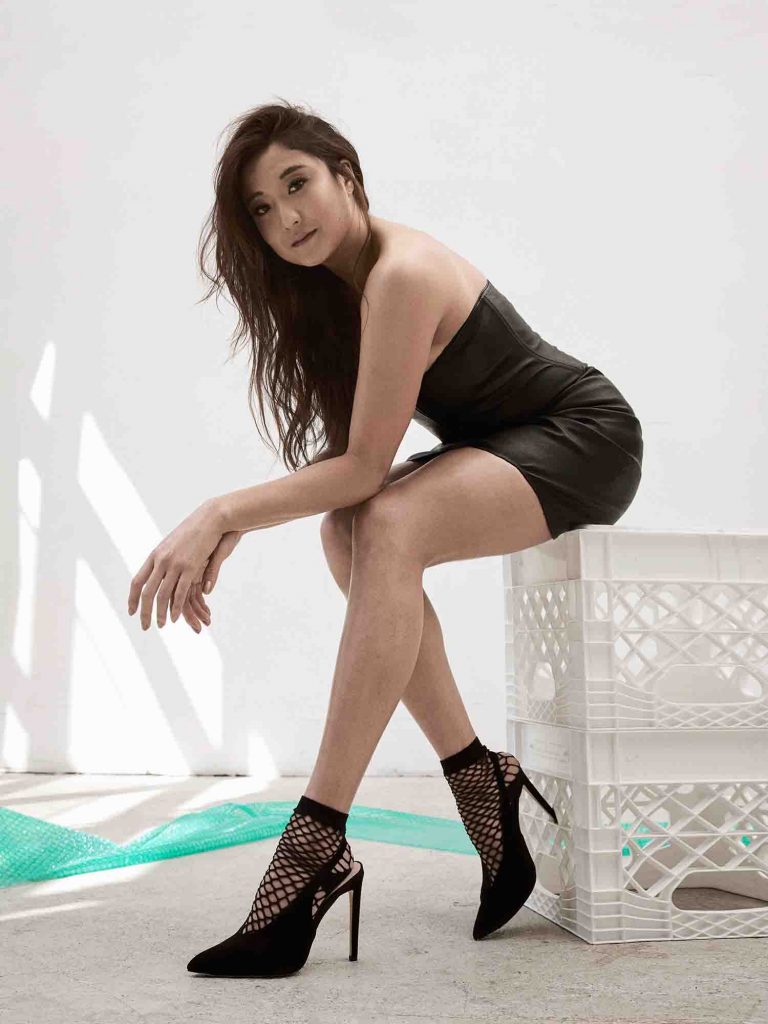 Ashley Park is passionately involved in acting. She has been part of many projects in theatre, movies, and films. Likewise, Ashley has been focusing totally on her career. It seems like she has not decided to start a relationship. She is still single.

Ashley Park has been part of the acting industry for a long time. According to networthlist.org, she has an approximate net worth of $9 million.

The nationality of Ashley Park is American, and ethnicity is Korean. Her current age is 29 years. She has an average height of 5 feet 5 inches with a complimentary weight of 50 kgs.